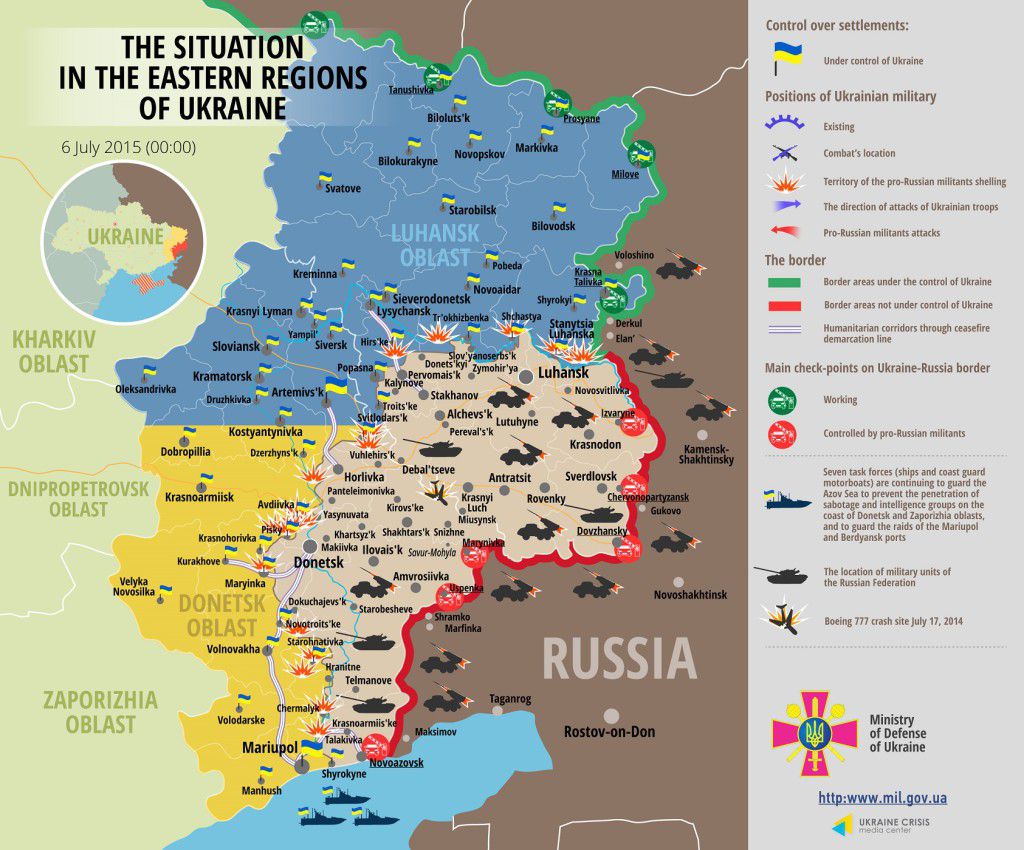 Russian and militant forces frequently move equipment and personnel back and forth.