Kyiv, October 29, 2015. Militants violated armistice yesterday only in the area between Avdiivka and Spartak near Putylivska mine. Militants were shooting from grenade launchers for approximately thirty minutes. It resulted in injury of three Ukrainian servicemen. 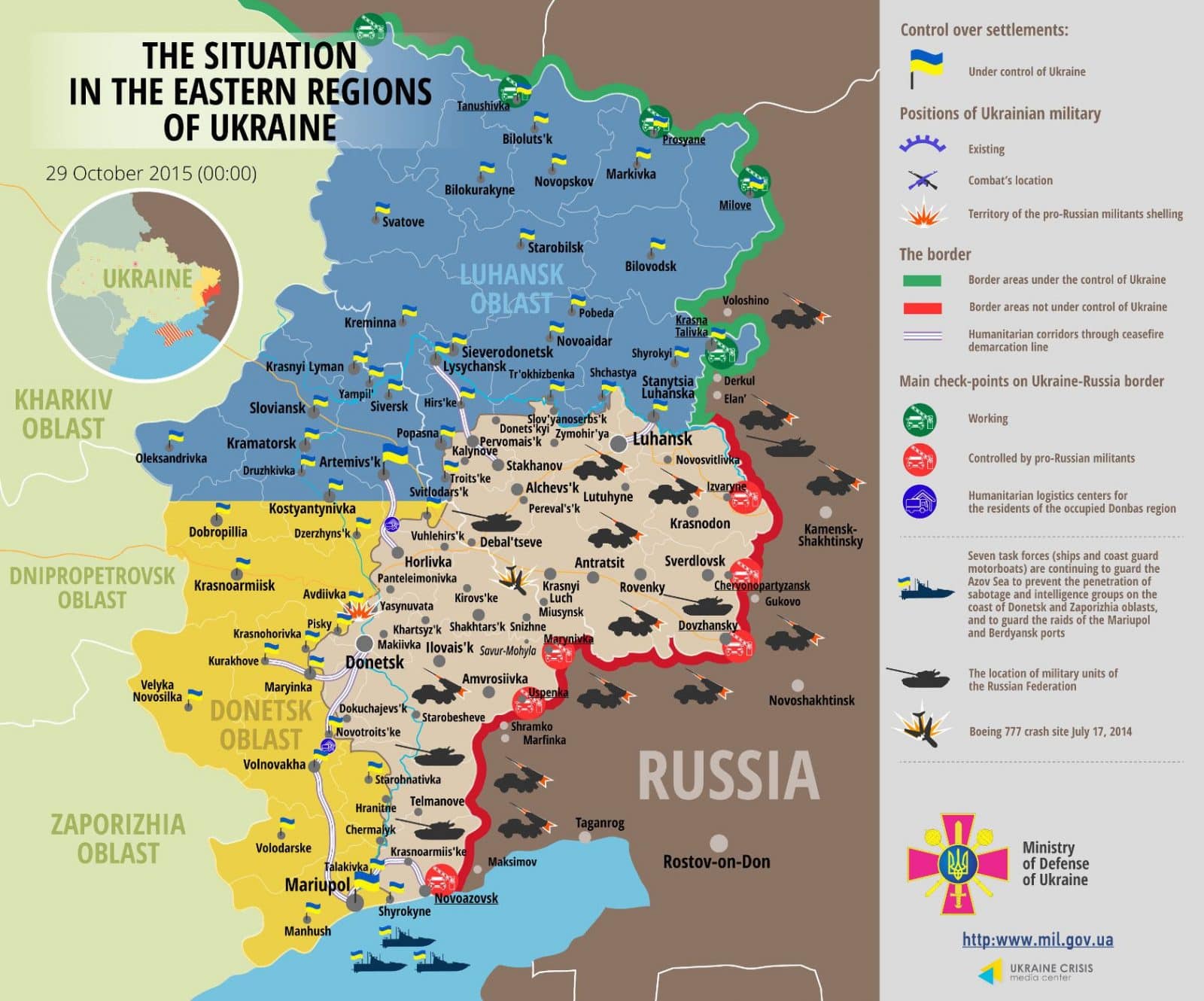 One Ukrainian serviceman died yesterday in the ATO zone tripping a mine near Verkhnyotoretske in Donetsk region. No flights of unmanned aerial vehicles were registered in the ATO zone yesterday.

Armed Forces of Ukraine are helping the OSCE Special Monitoring Mission (SMM) to monitor the process of weapons withdrawal. OSCE SMM observers are registering withdrawal of tanks, artillery below 100 mm and mortar launchers below 120 mm from the frontline in Donetsk region. OSCE patrols are doing their work with full support of ATO forces.

Ukraine’s Special Services and police officers found a cache with large amount of ammunition in Maryinka, Donetsk region. A house with explosive items is beyond the frontline, several hundred meters to the militants’ positions. Over 300 grenades to AGS-17 and RPG grenade launchers, three under-barrel and two hand RGD grenades and large number of cartridges of various calibers were seized.

Ukraine law enforcements jointly with the State Financial Monitoring Service closed down a multimillion scheme of militants’ financing scheme through one of Ukrainian payment systems. Some agents of this service were in conspiracy with militants, they maintained financial terminals operation on the temporarily occupied territories in Donetsk and Luhansk regions. Moreover, dealers unofficially supported militants with additional funds every month. Five million hryvnia were frozen on twenty three accounts during the search in the payment system’s office.