National Security and Defense Council:Withdrawal of cannons below 100mm and mortar launchers below 120mm starts in Donetsk region tomorrow

Kyiv, October 17, 2015. The ceasefire held along the entire frontline yesterday. Ukrainian Armed Forces incurred no casualties and no troops were wounded. No flights of unmanned aerial vehicles were observed yesterday. Withdrawal of cannons below 100mm and mortar launchers below 120mm will start in Donetsk region tomorrow. 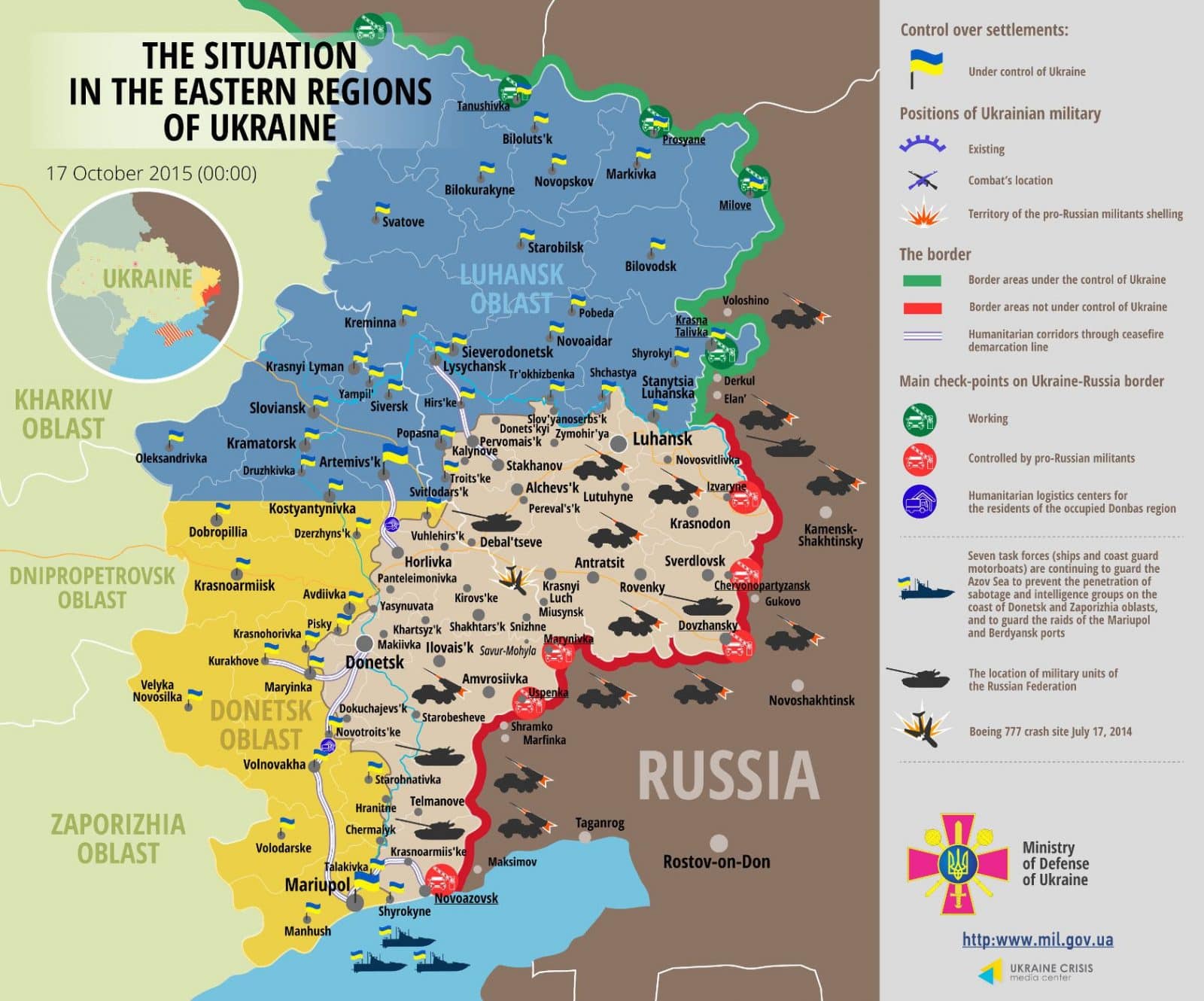 Ukraine’s Security Service detained an inhabitant of Donetsk region who was a member of a militant group of the self-proclaimed ‘Donetsk People’s Republic’. The criminal joined militant gang ‘Russian Orthodox Army’ in May last year. He was keeping the watch with weapons and grenades at militant’s checkpoint near Krasnoarmiysk and participated in combat against Ukrainian troops.