Kyiv, September 17, 2015. It was rather quiet in the ATO area yesterday. Ukrainian military recorded three provocations. It happened near Kryakivka north of occupied Slovyanoserbsk and near Sanzharivka on the border of the Donetsk and Luhansk regions. The militants used only small arms. It was absolutely quiet in our defense key points where there had been heavy fighting a month ago. Ukrainian Armed Forces did not incur any casualties over the last 24 hours. 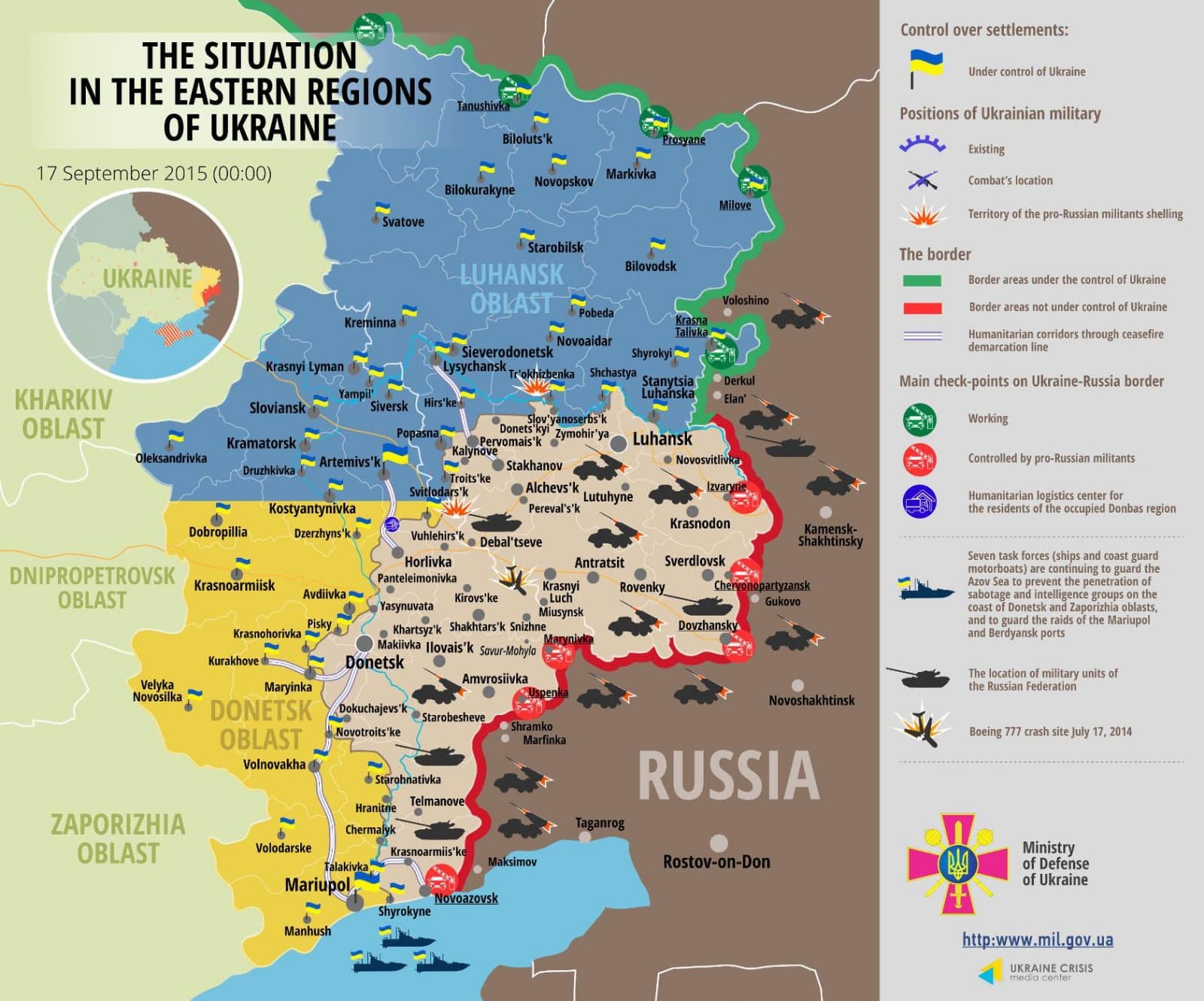 The Security Service of Ukraine together with the regional police discovered one of the largest illegal weapons depots over the ATO period in the Luhansk region. Security services removed an antitank missile, 4 anti-tank guided missiles, an antiaircraft machine gun, grenade launchers of various systems, a PK machine gun, 68 mortar shells, over 1,200 ammunitions for grenade launchers, four anti-tank mines, more than 60 grenades of different systems, TNT charges and 22 thousand different caliber ammunitions. Overall, there were 50 different kinds of weapons in the ‘arsenal‘.

In Peredilske the police guards seized five mines, three grenades and three RPG-7 grenade launcher ammunitions on the territory of the farm.