National Security and Defense Council:Two Ukrainian officers of the Armed Forces tripped a wire and died 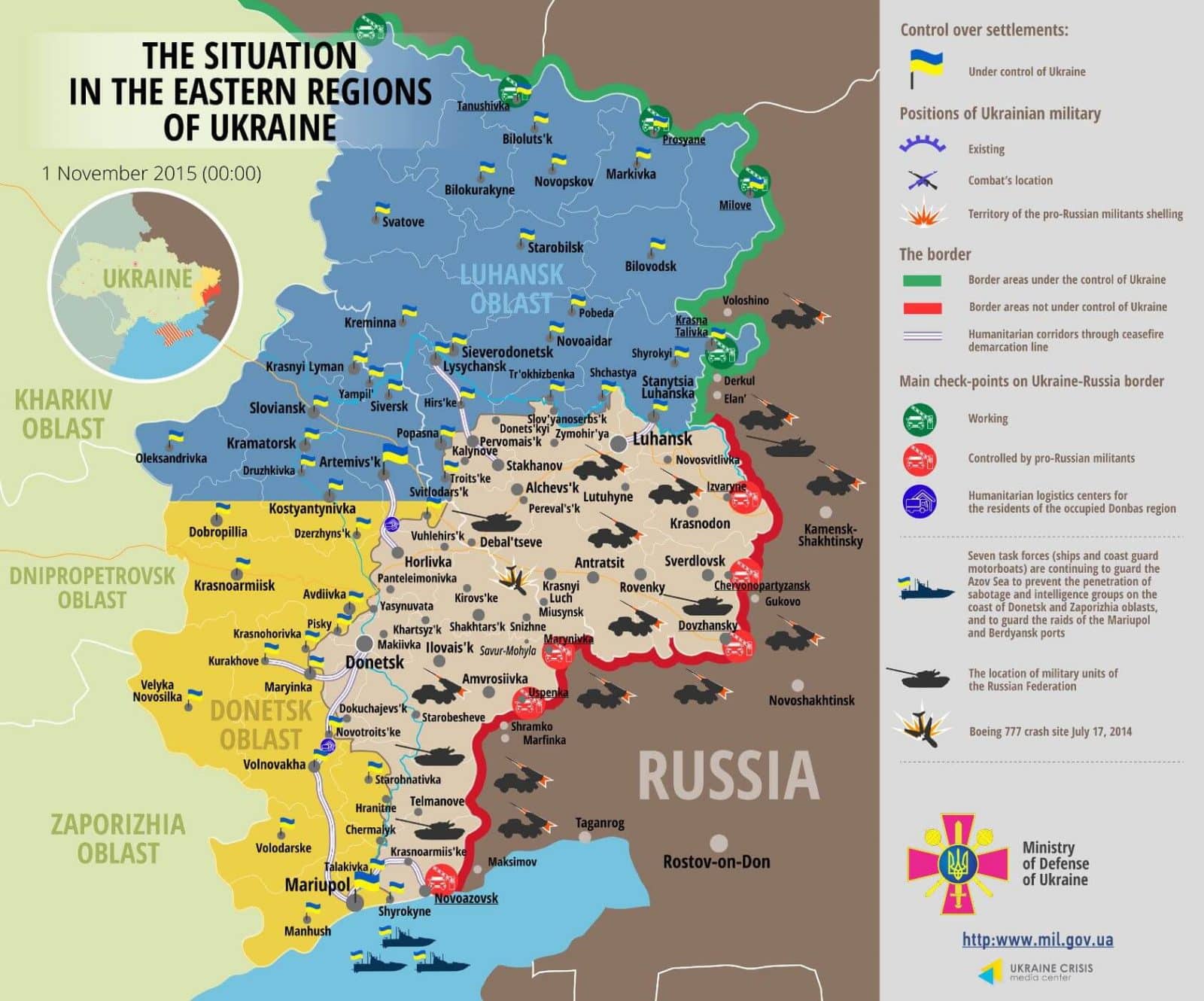 No militants’ provocations at the frontline were recorded in the ATO zone. Ukrainian Armed Forces incurred no casualties in combat and no troops were wounded. According to the State Border Guards Service, flight of a militant unmanned aerial vehicle was observed yesterday near Mariupol. Yesterday two officers of the Armed Forces tripped a wire in the woods between Avdiivka and Donetsk ring road and died.

Ukraine’s Security Services detained a woman who was militants’ source in Kostyantynivka. She was transmitting information about ATO forces to the chief of militants network with nom de guerre Pankrat who was detained on October 26.