NSDC: There were no fallen among Ukrainian servicemen or civilians for the past 24 hours

Kyiv, December 14, 2014 – There were isolated incidents of the silence mode infringement on the side of illegal armed groupings, in the east of Ukraine, at a time when overall number and intensity of shelling decrease. There were no losses among Ukrainian servicemen or civilians yesterday. At the same time, terrorist delivered 14 shooting attacks. Yesterday OSCE mission also confirmed that the buffer zone agreed upon in Minsk is dangerous at the moment and risk of the conflict escalation remains. 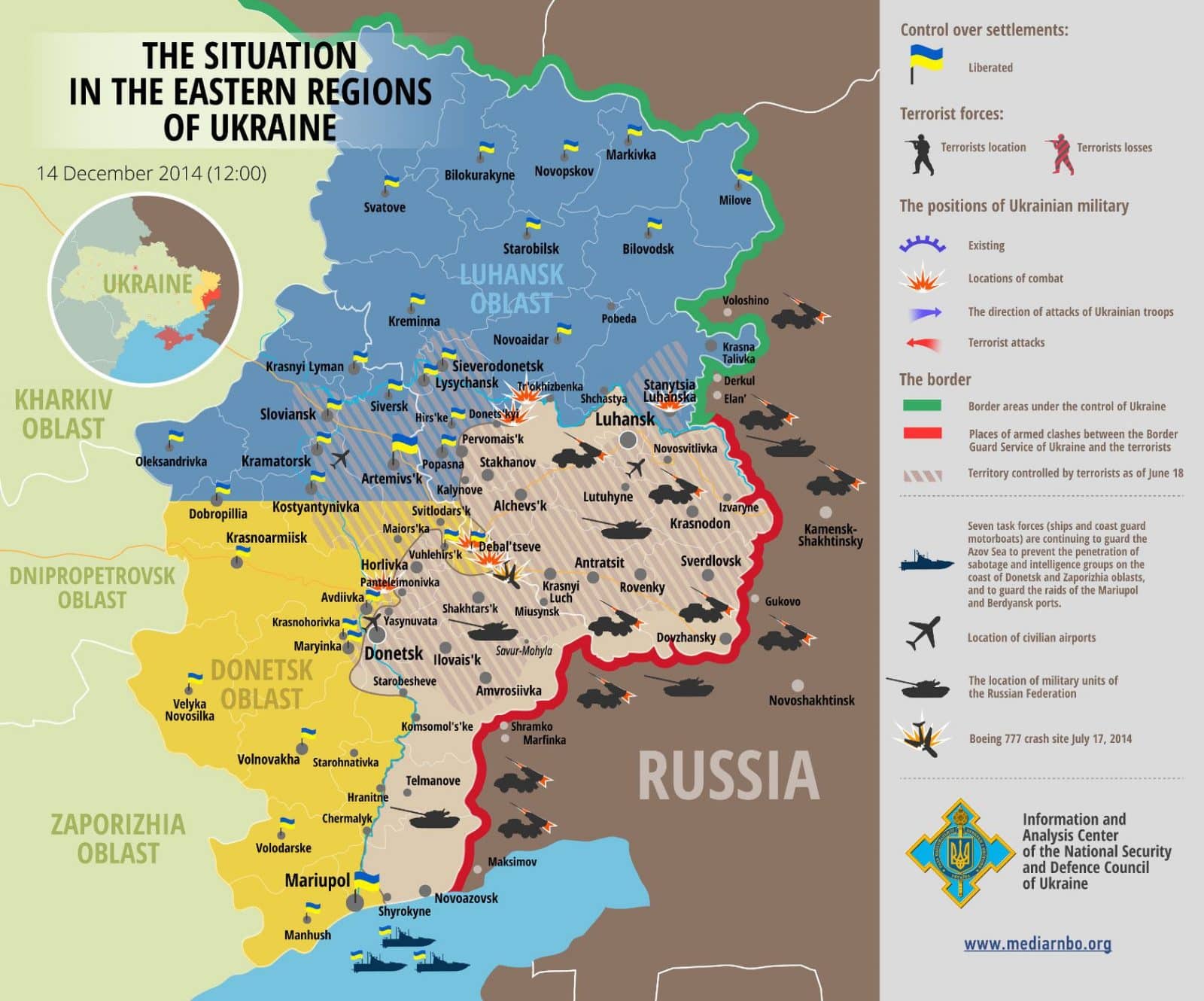 The most essential infringements of the silence mode were recorded nearby Bakhmutivska lane. Militants dealt blows using MRLS GRAD and anti-tank guided missiles on two support points of Ukrainian troops nearby Krymske village. Ukrainian checkpoint nearby Frunze settlement was attacked with mortar fire. Light weapons were used in other shootings, i.e. three times – on the territory of Donetsk airport, nearby Verkhotoretske settlement in Yasynuvata district, nearby Debaltseve, Nikishyne village in Shakhtarskyi district and nearby Stanytsya Luhanska.

Weapons, ammunition, manpower, facilities and other resources continue coming from the territory of the Russian Federation through uncontrolled segments of Ukrainian state border. Yesterday at 05:35 pm border guards recorded 3 pilotless aircrafts of the Russian Armed Forces at a height of 2 thousand metres nearby administrative border with the occupied Crimea. Another pilotless aircraft was spotted nearby Kutara Cape in Kherson region.
14.12.2014