Kyiv, October 12, 2015. Yesterday militants conducted another provocation at the delimitation line. In the evening militant group members opened fire from small arms near Ukrainian positions on the outskirts of Shyrokyne. It was calm in other parts of the frontline yesterday. Ukrainian troops incurred no casualties over the last day, there were also no wounded in action. 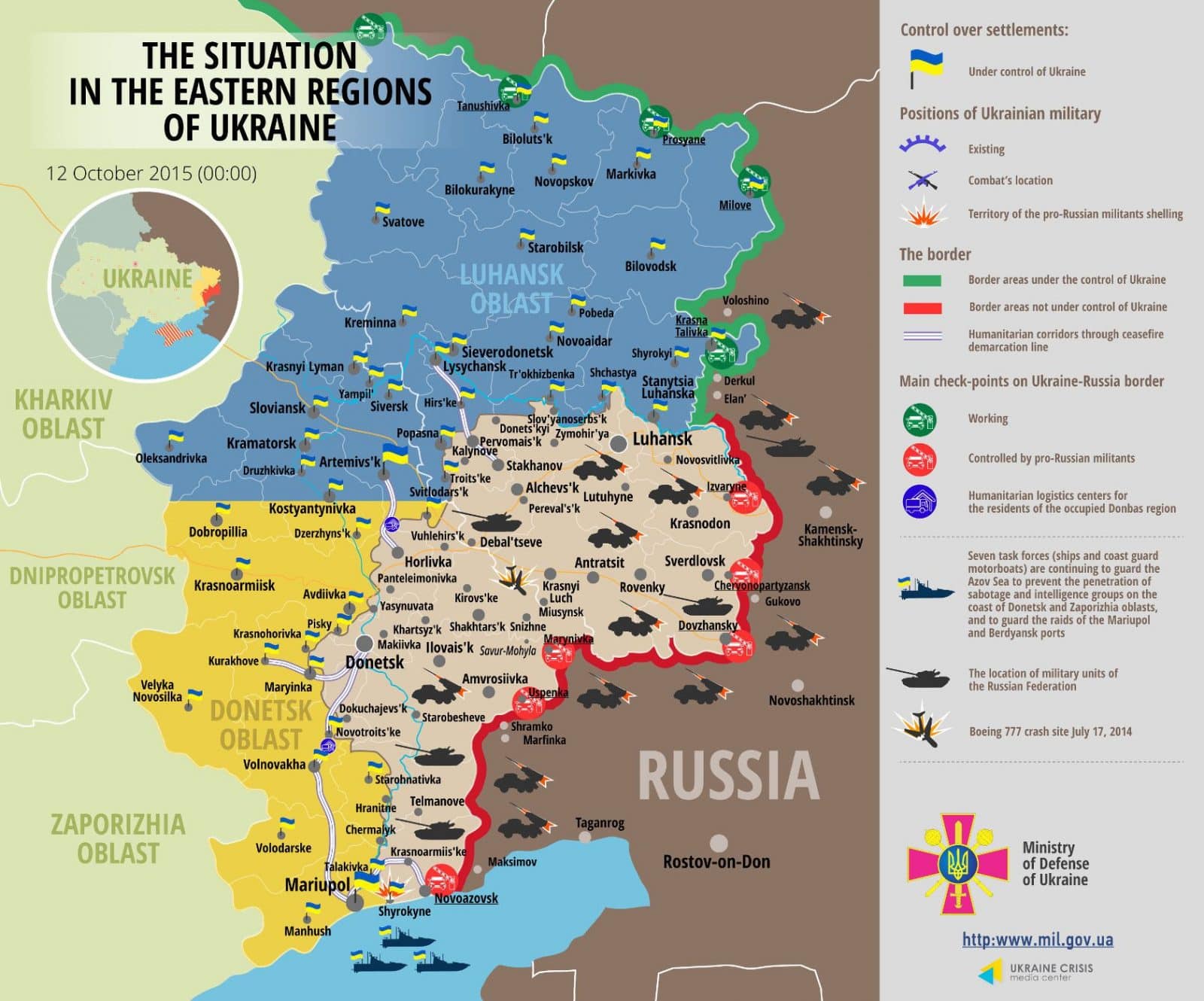 12 year-old-boy tripped over a mine on the outskirts of Hranitne village, Donetsk region. He was taken to the central hospital of Volnovakha with limb injuries. Ukrainian doctors are currently doing their best to restore his health.

Ukraine’s Security Service detained a militant who was hiding in Zaporizhia region. As reported, he participated in the Kherson “anti-Maidan” movement, then enlisted in “Semenivsky battalion” militant group and was taking part in combat actions against the Ukrainian troops as an armored personnel carrier (APC) commander.