Kyiv, October 19, 2015. Weapons withdrawal from the frontline is in progress. OSCE observers have verified weaponry withdrawn thus far. The first stage of withdrawal in Luhansk sector will be finished following publication of the mission’s official report. Militants’ withdrawal of heavy armament will start on October 20. No militant provocations were recorded at the frontline yesterday. 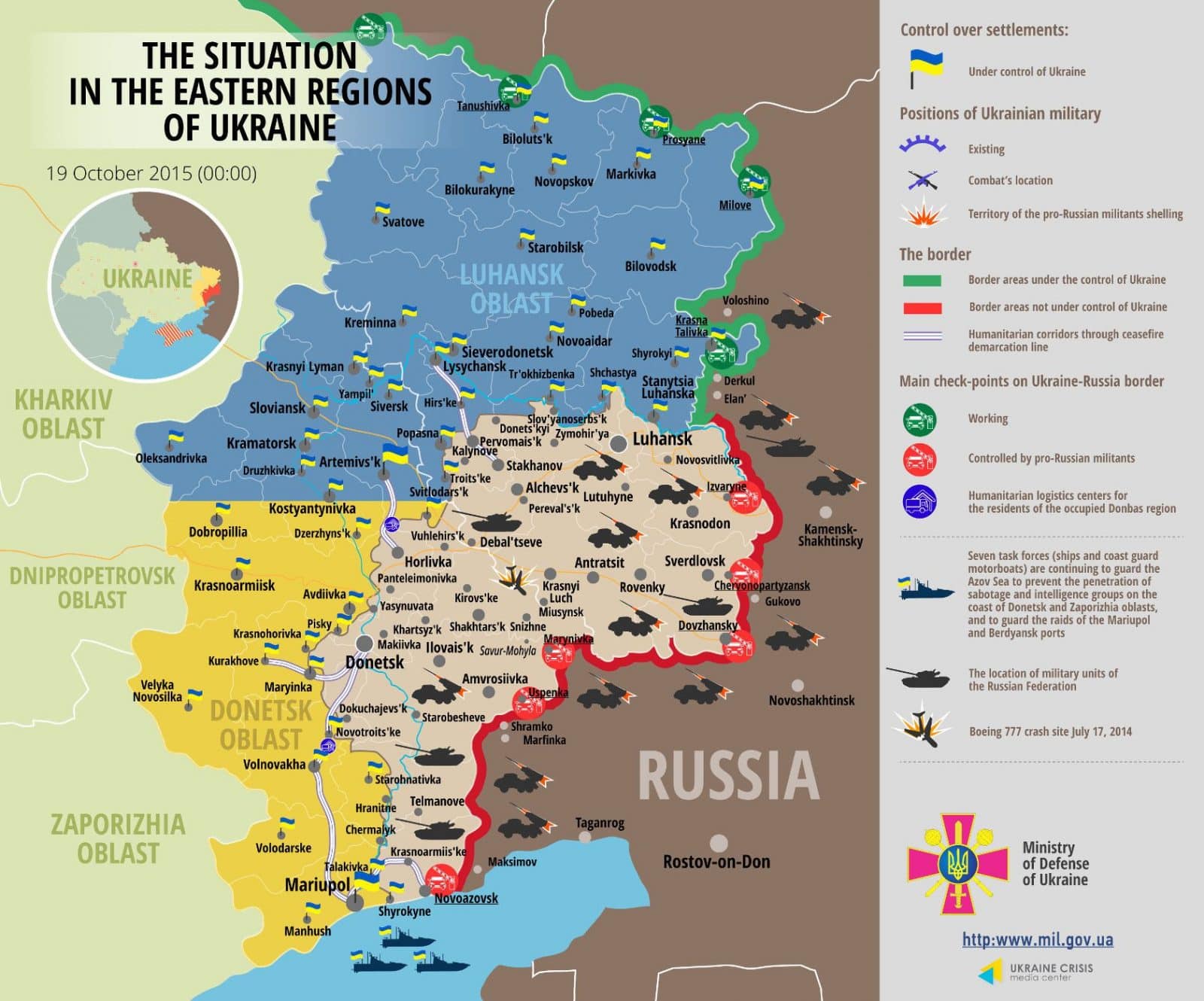 No Ukrainian troops died or were wounded in combat yesterday and no flights of unmanned aerial vehicles were observed.

Ukrainian Special Services are preventing attempts of cargo smuggling across the frontline. Law enforcement officers seized a minibus carrying alcohol and tobacco products near Vrubivka in Popasna district. Another minibus was spotted near Novotroitske in Volnovakha district, Donetsk region. At the same time a truck with humanitarian aids proceeded through Novotroitske checkpoint, carrying 22 tons of food.

Ukrainian troops are receiving text messages with separatist and demoralizing content. Militants are using special equipment to hack transmitting tower networks of mobile service providers. Later, when new phone numbers appear in the range of signal coverage, a robot program automatically sends a text message with propagandist content to the phone. It is obvious that special equipment and experts from Russia came to the occupied territories to send such ‘spam’ .