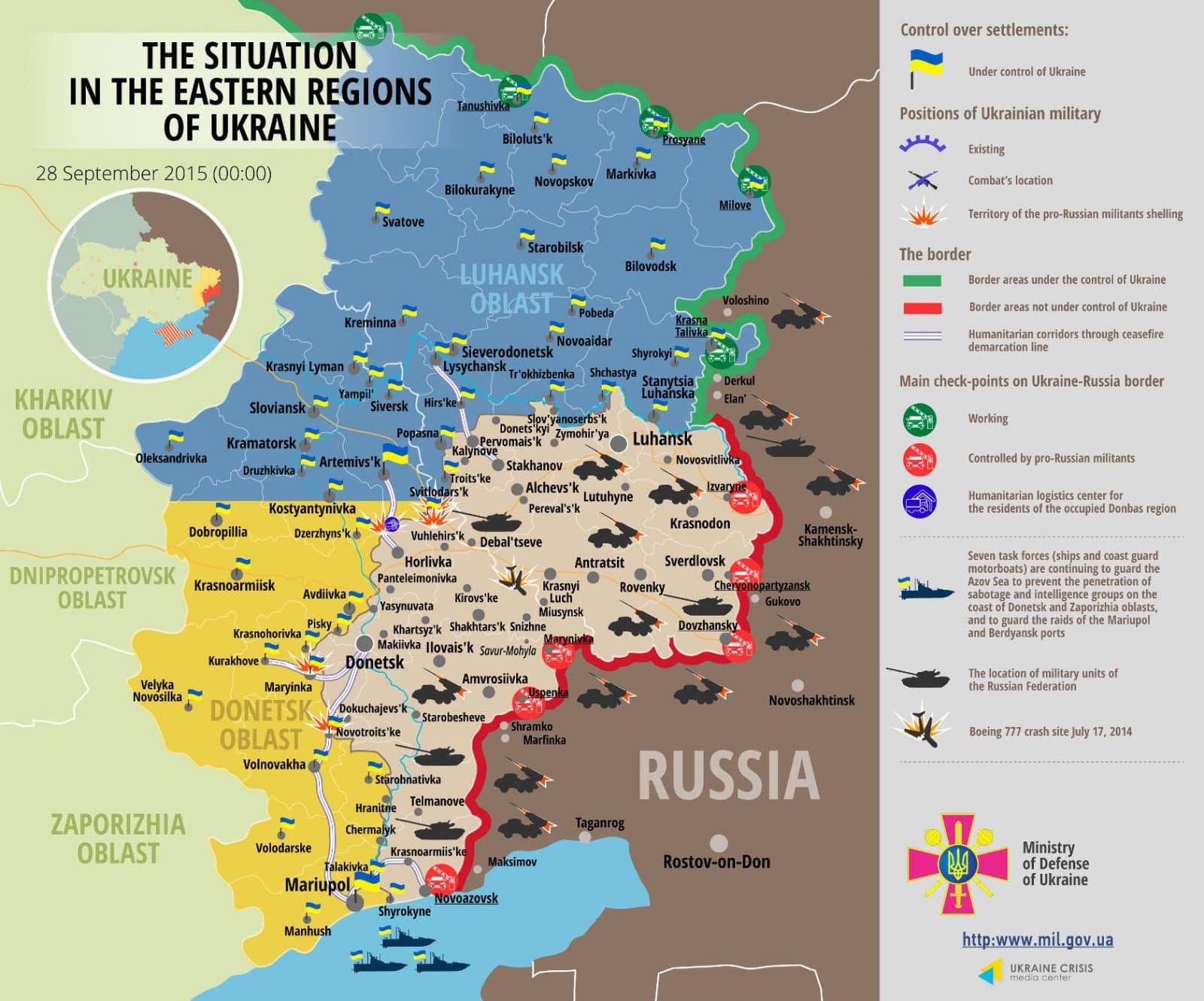 In the Donetsk sector, militants opened fire several times in the area of Svitlodarske water reservoir – near Luhanske and Lozove – in the evening. Another short-lasting militant provocation took place near Mayorsk. Yesterday’s ‘hottest spot’ was Maryinka where militants were firing upon Ukrainian positions for around an hour and a half.

In the Mariupol sector militant activity was registered near Novotroyitske, located west of Dokuchayevsk. The adversary was using grenade launchers, fired not precisely but in order to provoke. ATO forces also witnessed an airborne militant UAV near Zoria, located west of Pavlopil water reservoir. Four Ukrainian servicemen were wounded in action yesterday. It happened near Maryinka.

Ukraine’s Security Service continues to detain militant spies. In Zaporizhia region law enforcement staff stopped criminal activities of a militant spying network operating in Berdyansk district. Three local residents were collecting information for payment and passing it over to the enemy via the Internet. They passed on information about troop movements, deployment places, weapons and a number of Ukraine’s Armed Forces units on duty in the ATO.

Ukraine’s Security Service staff detained another informer of the so-called ‘Donetsk People’s Republic’ militant group in the ATO zone who was passing information to militants on deployment places of ATO forces in Yasynuvaty district in Donetsk region. The perpetrator was also directing fire from hostile artillery that was targeting our positions.