National Security and Defense Council:Militants violated the cease-fire, one Ukrainian serviceman was killed in action and five more were wounded

Kyiv, November 11, 2015. In the Luhansk sector militants fired upon the positions of ATO forces near Bolotene – a town in Stanychno-Luhansky district close to the state border yesterday in the morning. Apart from small arms militant groups were using 82-mm mortars. It was calm in Stanytsia Luhanska, Shchastia, Zolote and along the Bakhmutska road yesterday. A combat engagement between ATO forces and Russia-backed militants occurred between the temporary occupied Kalynove and Novozvanivka yesterday in the evening. Enemy subversive reconnaissance group moved towards our positions and attacked. Having failed the enemy tried to outflank the Ukrainian defense lines but did not succeed. As a result after a 30-minute engagement the enemy stepped back to Pervomaysk. 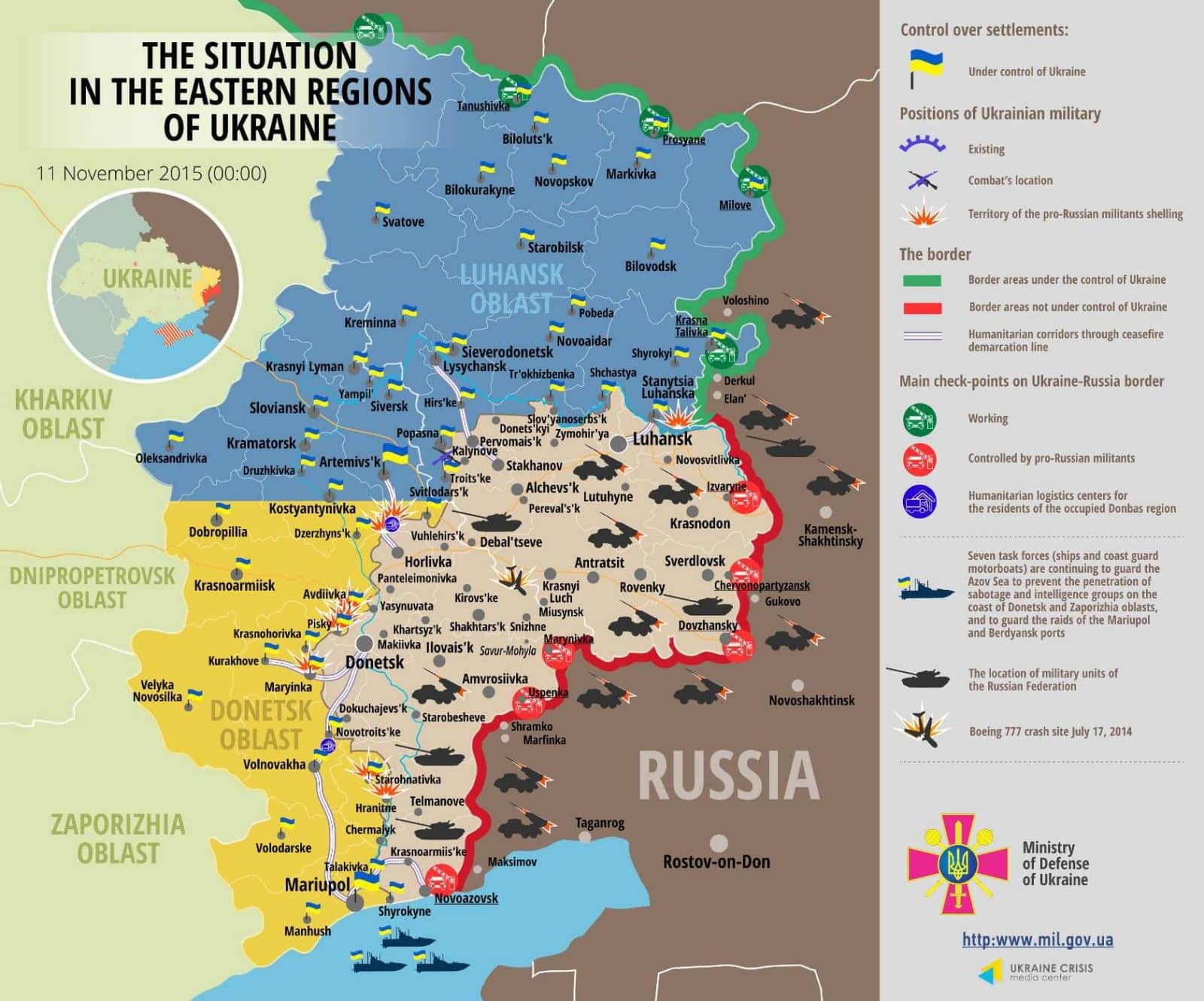 In the Donetsk sector militants opened fire upon Ukrainian positions outside Horlivka in Zaitseve and Mayorsk several times over the last day. Militant groups were using 82-mm mortars three times, the mortars are located directly in the residential blocks adjacent to the contact line. There were no attacks on the frontline between Horlivka and Yasynuvata yesterday. However, militants keep instigating provocations in the area of the Donetsk airport and Maryinka. Militants are mostly conducting non-precision fire in the day time and do not use heavy weapons.

In the Mariupol sector a militant provocation was registered near Starohnativka. Exchange of fire between ATO forces and militants occurred in the area of Hranitne close to the frontline. Ceasefire was holding in the areas located further to the south towards the Sea of Azov. One Ukrainian serviceman was killed in action and five more were wounded in action over the last day.

District court of Mykolayiv sentenced a security guard of one of the so-called “Donetsk People’s Republic” (“DPR”) leaders Denis Pushylin as well as another militant who was taking part in combat actions against the ATO forces on the militant side. Both of them were sentenced to eight years in prison.