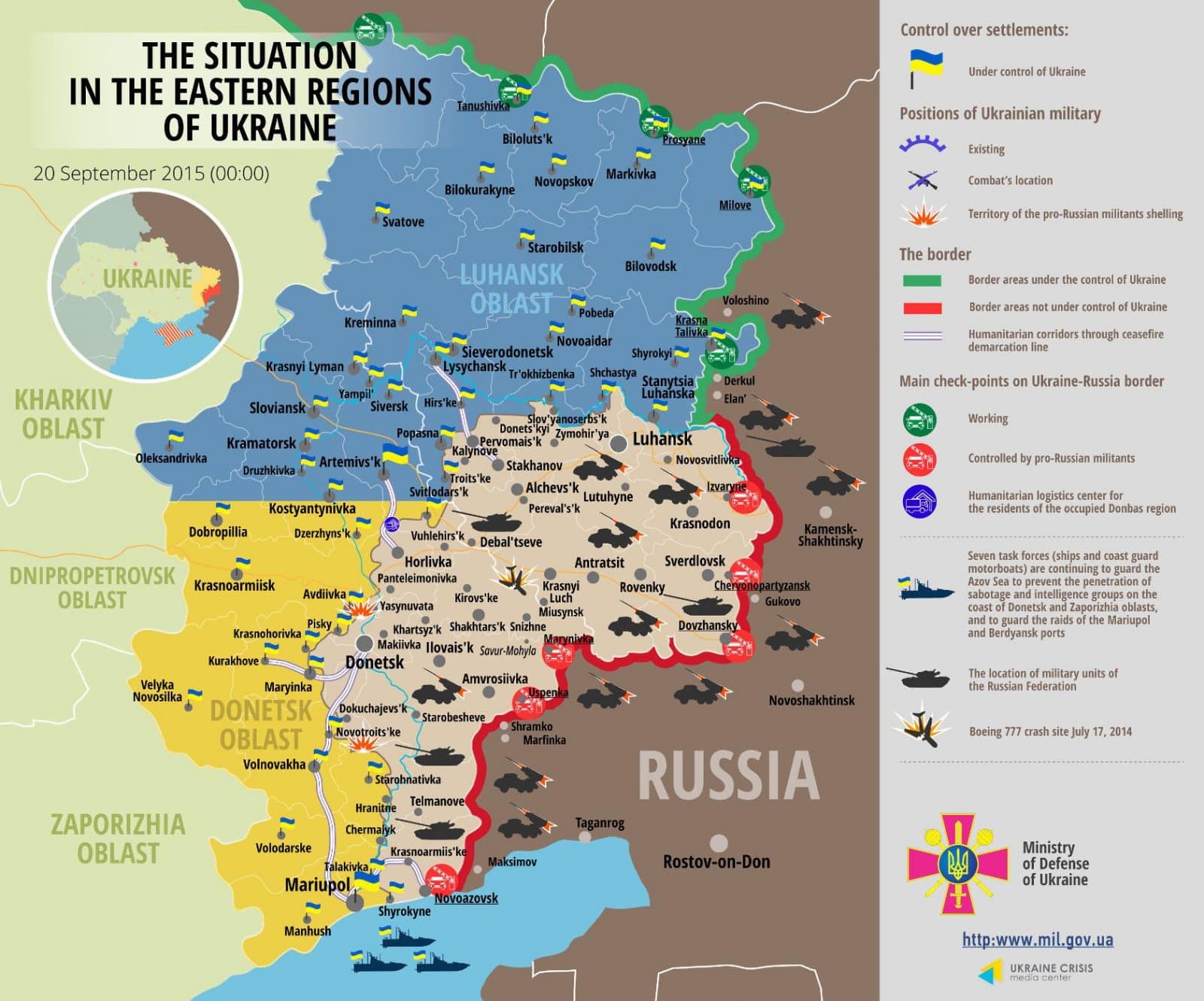 ATO forces recorded only two episodes of ceasefire violation by militants. Yesterday militants shot at out outposts between Adviivka and Spartak from small arms, grenade launchers and ЗУ-23-2 anti-aircraft mounts. Moreover, Ukrainian troops recorded a militants’ brief armed provocation near Bohdanivka settlement between Komsomolske and Volnovakha. Ceasefire held in all the other sectors.

Ukrainian border guards detained a 22-year-old Italian citizen at Zaitseve border crossing checkpoint yesterday. He planned to join the ranks of pro-Russian militant groups. Moreover, border guards detained a man suspected with involvement with the militants at a 100 metres distance from Ukrainian-Russian border near Milove in Luhansk region. The detained planned to cross the border bypassing the checkpoint. He carried so-called ‘military service card’ issued by self-proclaimed ‘DPR’.

Ukrainian law enforcements prevented transfera of a substantial sum of money into the occupied territory. Officers of the Security Service, State Border Service and State Fiscal Service of Ukraine found over one million Russian roubles, about five thousand US dollars, several thousand hryvnias and 23 bank cards in a passenger vehicle at a checkpoint near Hnutove village 20 kilometres from Mariupol.