Kyiv, October 13, 2015. A militant provocation took place in the ATO zone yesterday. In the evening, militants opened fire from small arms towards Ukrainian positions between Berezove and Novotroyitske. Fire was conducted from western outskirts of Dokuchayevsk that is controlled by militants. No flights of militant unmanned aerial vehicles (UAVs) were registered yesterday. Ukrainian troops incurred no casualties, there were no wounded in action over the last day. Donetsk region is being cleaned up from explosive devices and unexploded ordnance. A demining group of the 93rd and 53rd mechanized brigades have recently neutralized 603 explosive items including mortar mines, artillery shells and other pieces of ammunition. 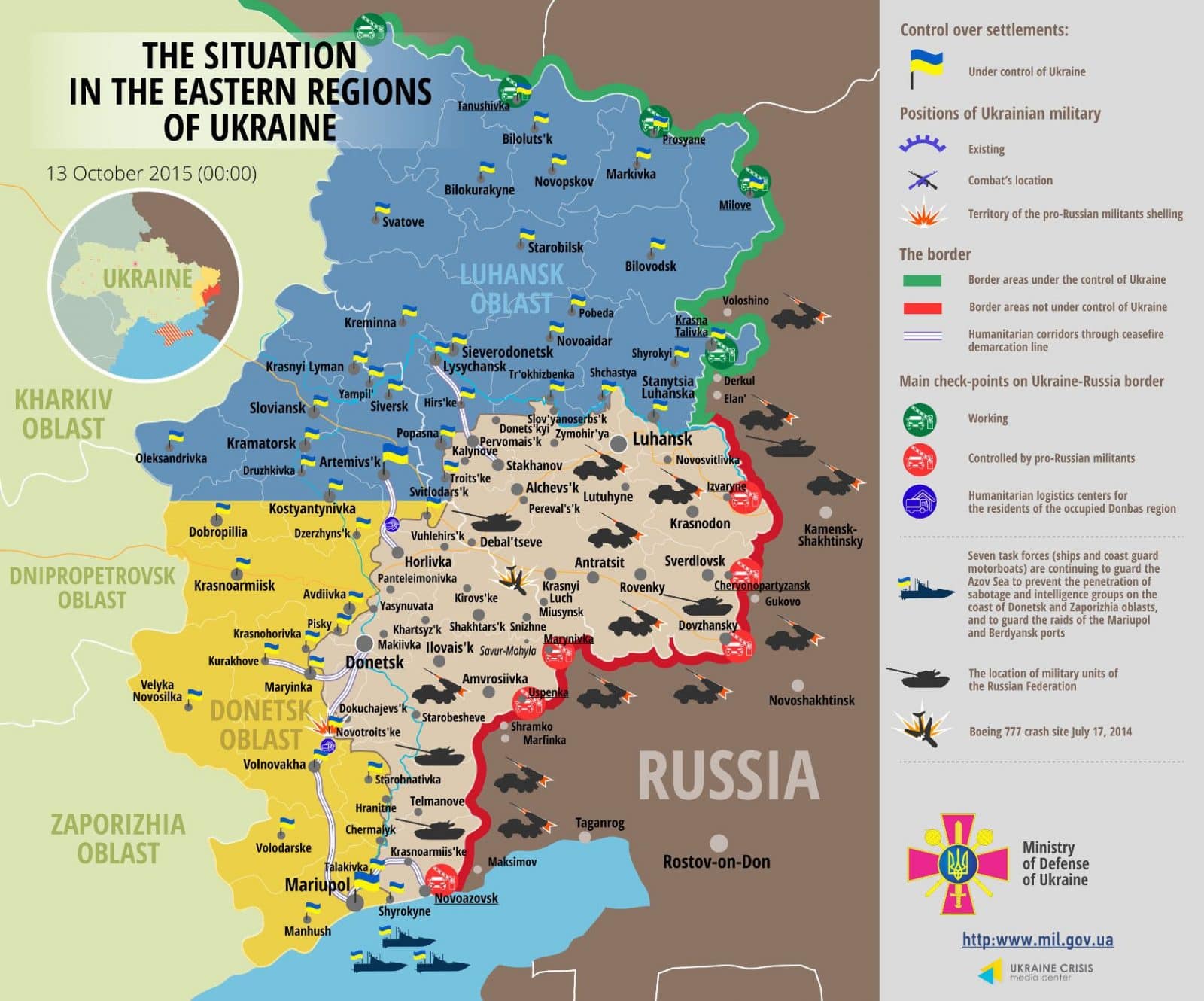 Ukraine’s Security Service detained a female militant informer. Over four months she was passing information on positions and movement routes of ATO forces to the enemy.

Police discovered a grenade launcher and almost 85kg of gunpowder in a private house in Maryinka. Several days earlier law enforcement staff received intelligence that the house’s residents were militant group members and may be storing weapons and explosives at home. In course of the check the intelligence confirmed.

Law enforcement staff discovered a hand-held antitank grenade launcher RPG-22 with ammunition as well as two wooden boxes with gunpowder in the basement of a private house. According to preliminary information the house’s owners are on the occupied territories and use this residence for weapons storage.