Kyiv, November 6, 2015. Yesterday in the morning for the first time in several months the occupants opened fire upon residential blocks. Two mines were fired from a 82-mm mortar upon Krasnohorivka. It was turbulent on the western outskirts of Donetsk yesterday. Militants are systematically trying to provoke Ukrainian servicemen to open fire. Adversary is using small arms, large caliber machine guns and various types of grenade launchers. Enemy fired upon our positions in Krasnohorivka from an infantry fighting vehicle BMP-2. Militant snipers were active near Avdiivka. 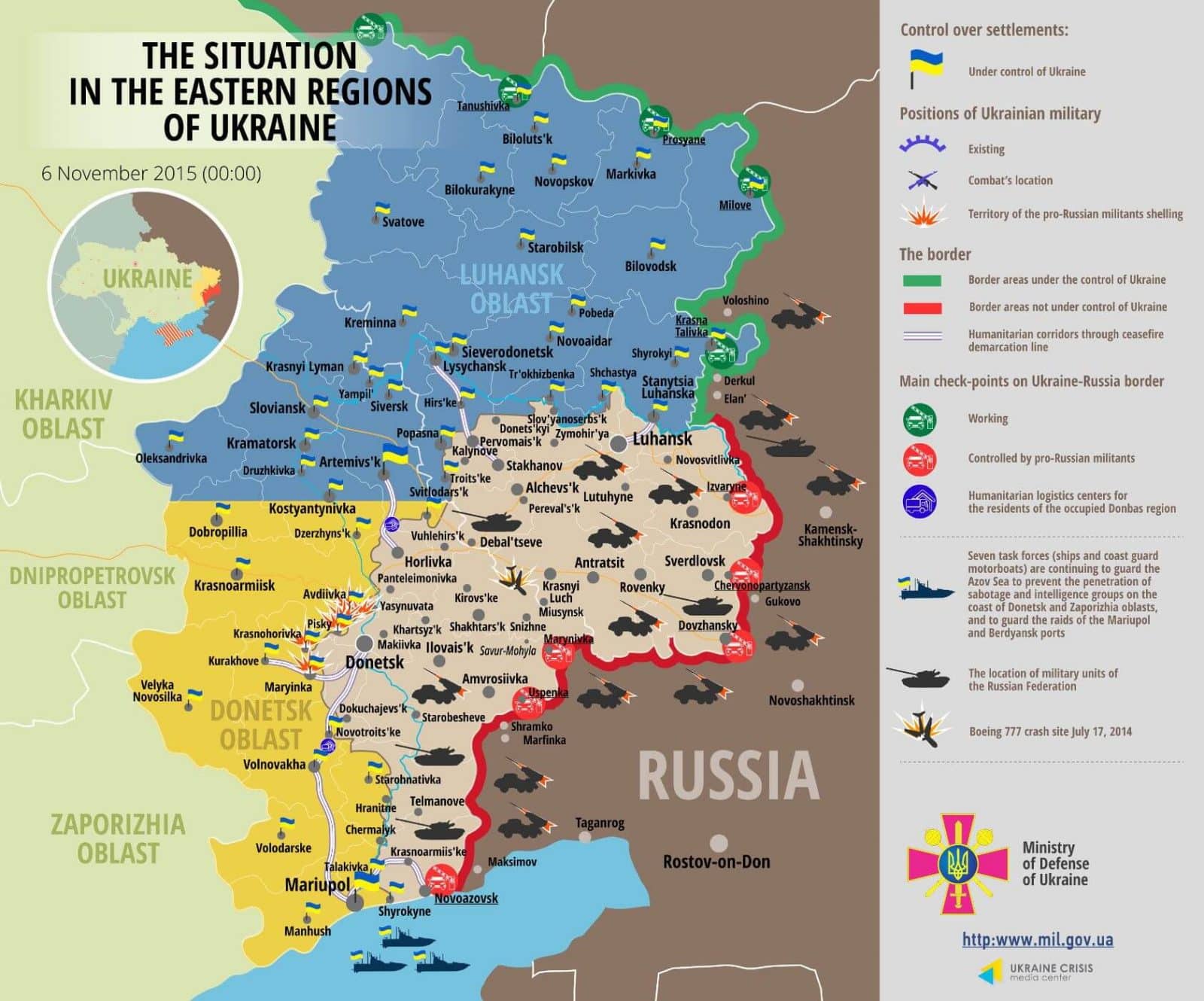 Ukrainian troops did not incur any casualties over the last day, no servicemen were wounded in action. Two servicemen of the Ukrainian Armed Forces got wounded in Zolote while checking the area. Servicemen hit a trip wire with an RGD-5 grenade installed. Taking into account that Zolote is located on the contact line, hostile subversive groups and intelligence are active there.

Servicemen of the Ukrainian Armed Forces tried to stop the car that intended to cross a Ukrainian blockpost at high speed without a stop near Popasna, Luhansk region, yesterday early in the morning. Servicemen complied with the instruction and used weapons, the driver was killed. He turned to be a resident of the occupied territories and was dressed in camouflaged uniforms with the so-called “Luhansk People’s Repulic (“LPR”) insignia.

Border guards of the Donetsk detachment discovered a cache with two hand-held antitank grenade launchers near Chernenko village, Donetsk region. The discovered items have been passed to law enforcement staff of Donetsk region. Investigation is underway to identify the owners of weapons in question.