Kyiv, November 7, 2015. Ukrainian Armed Forces incurred no loss in the past 24 hours and no troops were wounded. The Russia-backed militants attacked ATO forces positions using small arms near Shyrokyne in the Mariupol sector. The pro-Russian militant groups used small arms and grenade launchers in the Donetsk sector in the vicinity of Maryinka. Four Ukrainian troops were injured in this area as a result of explosive devise blast. Moreover, sporadic provocations were instigated near Pisky, Avdiivka and Opytne. Insurgents used 82mm mortar launchers near Krasnohorivka and an anti-aircraft mount not far from Troyitske. 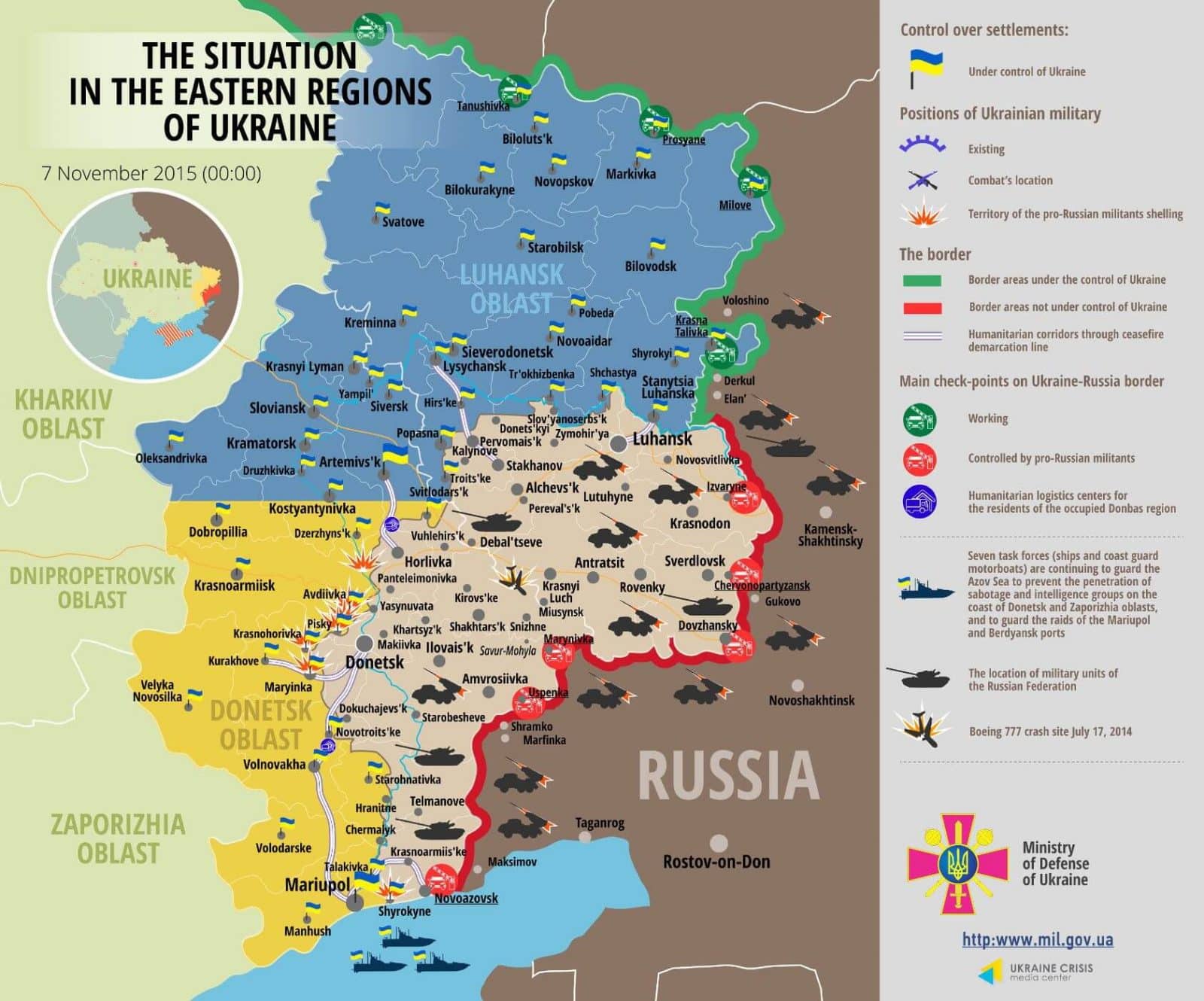 Ukraine’s Security Service detained a resident of Mykolaiv who served in special forces of the self-proclaimed ‘Luhansk People’s Republic’. At first the militant served in the ranks of “Humanitarian Operations Administration” specializing in acts of terror against civilians under the disguise of Ukrainian subdivisions. Later the criminal moved to pro-Russian militant group “Special purpose battalion Vympel”. Law enforcement officers detained the militant when he came home a leave. An ID of militant group member, 200 grams TNT block with two triggers and guidelines for working with explosives were seized from the militant during search. Moreover, Ukrainian law enforcements found four boxes of 125mm high-explosive fragmenting tank projectiles and propelling charges to them.

Officers of civil-military cooperation jointly with volunteers delivered another batch of humanitarian aid to Zaitseve. Charity providers brought local citizens foodstuffs, hygiene products, notebooks and drawing books for schoolchildren. Six trucks with humanitarian aid proceeded through Novotroyitske checkpoint carrying more than 5.5 tons of medicine and 96.5 tons of foodstuffs. The freights were given to Donetsk region inhabitants from the International Red Cross Committee and one of Ukrainian charity funds.