Kyiv, September 27, 2015. Yesterday five episodes of cease-fire violation by Russia-backed militants were recorded in the ATO area. ATO forces recorded firings in the villages of Troitske and Lozove on the border of the Donetsk and Luhansk regions. The enemy repeatedly opened fire with small arms and grenade launchers. Ukrainian military also recorded activity of an enemy’s sniper. To a greater extent, the shooting was aimed at provoking Ukrainian military into returning the fire. Thus, the militants try to accuse the ATO forces of conflict escalation. 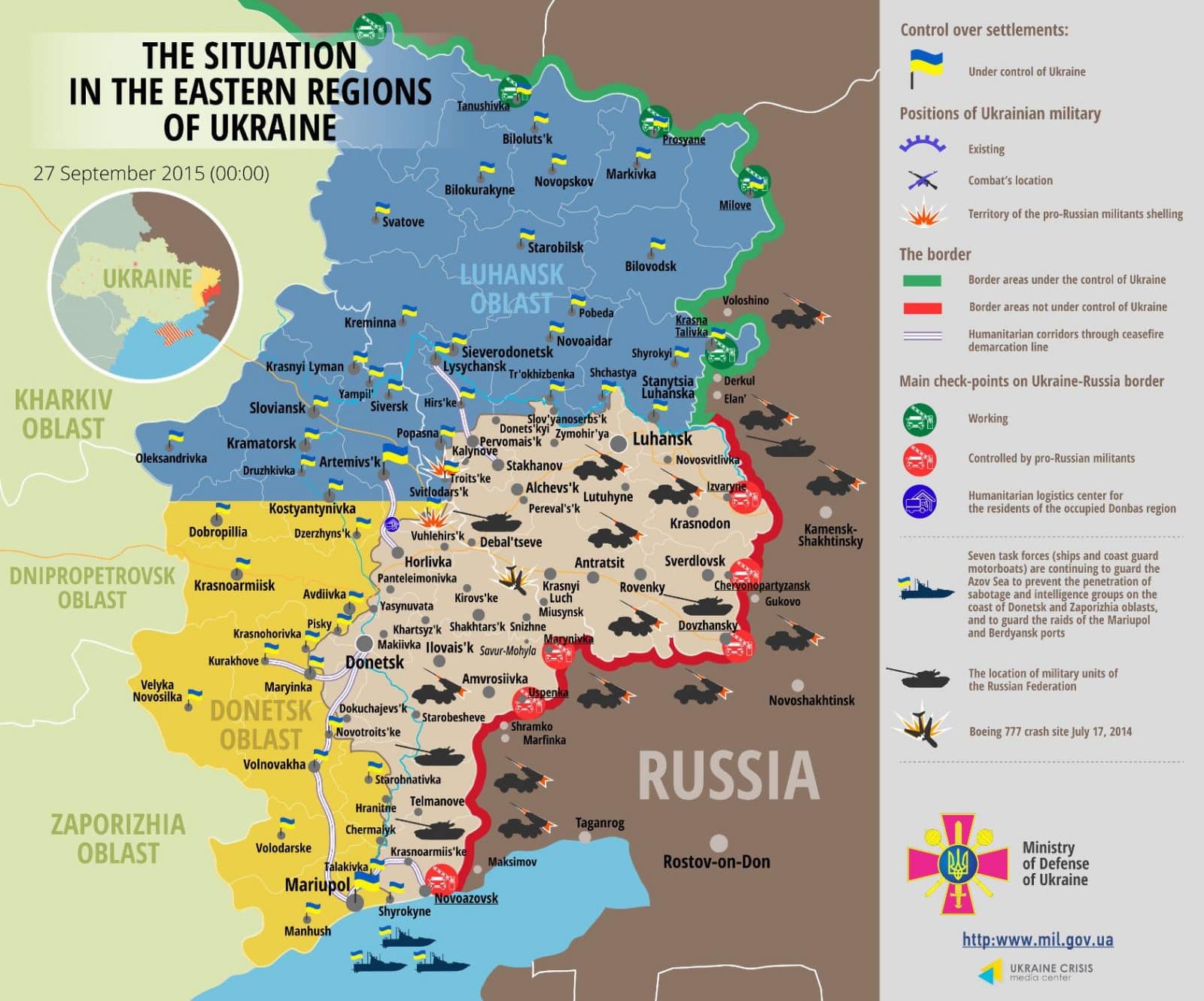 During the last twenty four hours one Ukrainian soldier was killed near Horlivka and one was wounded as a result of striking a mine. The State Border Service reported no flights of militants’ drones.

Security Service of Ukraine discovered a cache of ammunition for a Grad rocket launcher. The cache was located in the forest at a distance of 500 meters from Aslanove railway station to the north of Mariupol. Law enforcers seized 7 shells covered with soil. The law enforcers also unmasked the woman who had supplied medicine for militants in the Luhansk region. During the active hostilities she provided militants with medicine for emergency care. Additionally, she arranged a “warehouse” and accumulated there drugs coming from Russia, including those supplied in the so-called “humkonvoy”. The SBU detained the militants’ pharmacist in the Ukrainian government- controlled territory, where she arrived to obtain unlawfully issued social benefits.