December 7, 2014. A number of new and renovated military vehicles, including 30 tanks, were given to the Armed Forces of Ukraine. The military equipment will be disposed for the needs of the Anti Terrorist Operation in the shortest time possible. 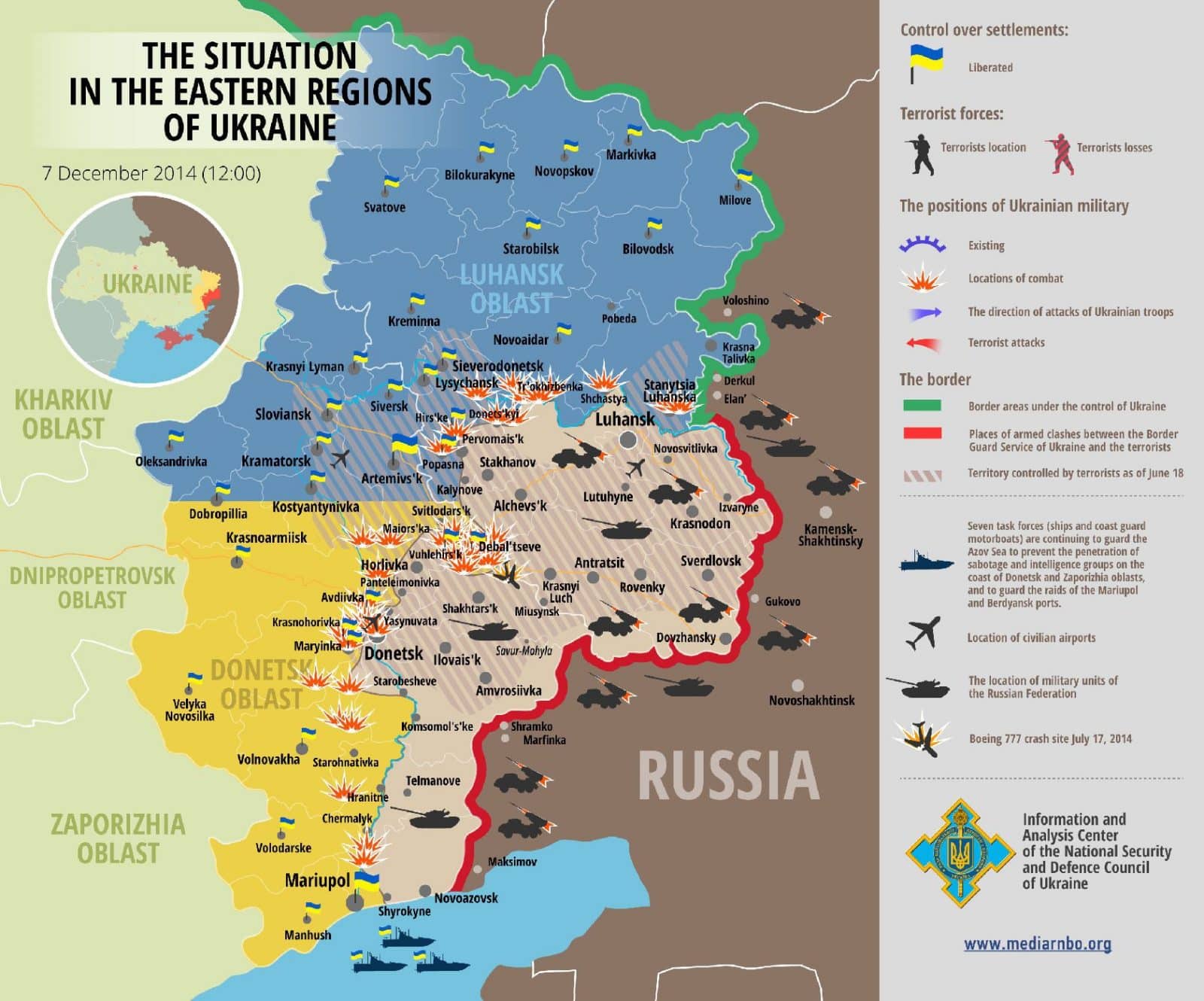 Ukraine continues to steadily develop and improve its military power. It is impossible to win the war without the systematic supply of modern military equipment to Ukraine’s Armed Forces. Currently, Ukrainian army receives new armored vehicles, anti-personnel ammunition, communications and defense systems. Colonel Lysenko also told that Ukroboronprom intends to double its production in 2015. The production of APCs-4, military vehicles “Dozor,” and tanks “Oplot” will be the priority next year. Additionally, the government of Ukraine holds negotiations on the matter of supplying Ukraine’s army with the newest military equipment.

For the past 24 hours two Ukrainian soldiers died, eight got wounded. Additionally, the NSDC IAC reports six civilian casualties in the region. There were no clashes between the Ukrainian forces and the terrorist outside of the ATO zone. No evidence of airspace reconnaissance was observed as well. According to the NSDC IAC, 4,174 persons left Donetsk and Luhansk region for the past 24 hours; overall, since the beginning of the ATO, 506,000 people fled Donbas, additional 20,000 left Crimea after occupation. For the past 24 hours, Ukrainian military detected and confiscated 71 explosives; since the start of the ATO – 30,245 explosives and munitions were disposed.