National Security and Defense Council:Activity of pro-Russian militant groups recorded in the Donetsk sector. One Ukrainian serviceman died and three were injured

Kyiv, November 13, 2015. Combat activity was observed only in the Donetsk sector yesterday. The militants tried to assail our stronghold near Zaitseve north of Horlivka. Intensive fighting lasted around one hour with use of small arms and grenade launchers. About twenty provocations instigated by militants were recorded along the demarcation line on the outskirts of Horlivka, between Horlivka and Yasynuvata, near Donetsk airport and in the vicinity of Krasnohorivka. Militants were shooting randomly in all the cases. Pro-Russian militant groups did not use heavy armour. One Ukrainian serviceman died in combat yesterday and three were injured. 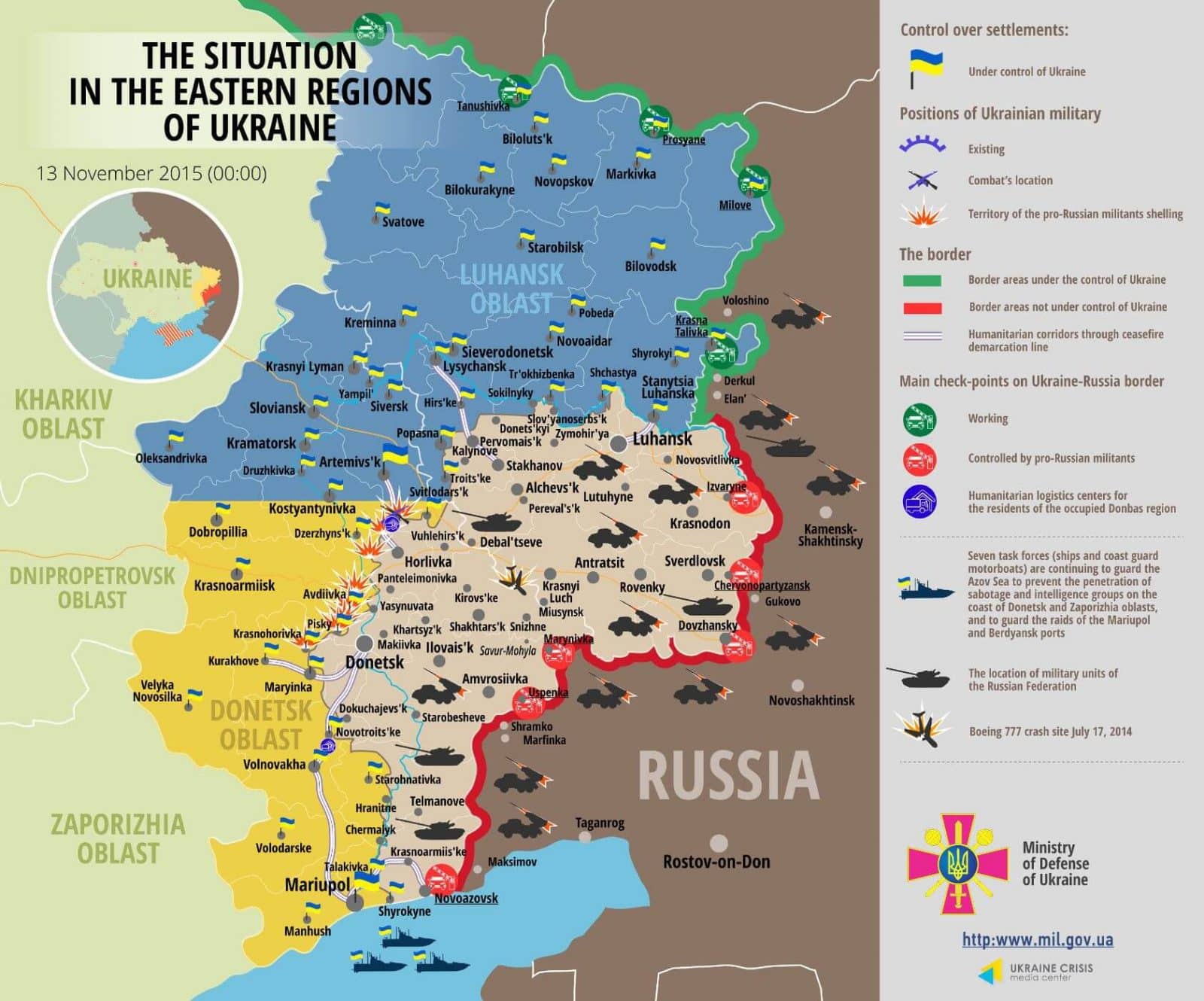 Ukrainian special services detained a citizen in Zaporizhzhia who provoked people appealing to change constitutional order, committing acts of terror and providing instructions on evading mobilization on the Internet. The criminal met a member of the self-proclaimed militant group ‘Donetsk People’s Republic’ (‘DPR’) in 2014, who offered money for spreading anti-Ukrainian propaganda.

Ukraine’s Security Service detained a truck with medicine in Zolote, Luhansk region. The self-proclaimed militant group ‘Luhansk People’s Republic’ (‘LPR’) received this medicine as humanitarian aid from the Russian Federation. Moreover, militants planned to bring the medicine to the territory controlled by Ukraine and sell them at a profit. It is another evidence of pro-Russian militant groups’ chief using critical commodities for their own benefit, reducing inhabitants of the occupied territories to poverty.

Ukraine’s Security Service exposed activity of dealers repairing militants’ equipment. They were sending their workers to the temporarily occupied territories in 2014-2015. Certificates of completion, data storage devices banking documents and data storage devices proving cooperation with militants were seized from the criminals during search.