Kyiv, January 31, 2015. The situation in the ATO zone remains tense. The enemy continues shelling the positions of Ukrainian troops and conducting offensive reconnaissance for the purpose of turning off ATO reserve forces. Due to the situation in the ATO zone evacuation of civilians from dangerous areas goes on. On January 30 310 people were evacuated from Debaltsevo, 60 people – from Avdiyivka, 28 children – from Shchastya, 62 people – from the village Troitske in Popasna district of Lugansk region. Transit checkpoints were organized at railway stations in the cities of Slovyansk and Kostiantynivka. They will be used not only as transition points, but also as centers for psychological and medical care as well for resolving social and domestic issues of IDPs. 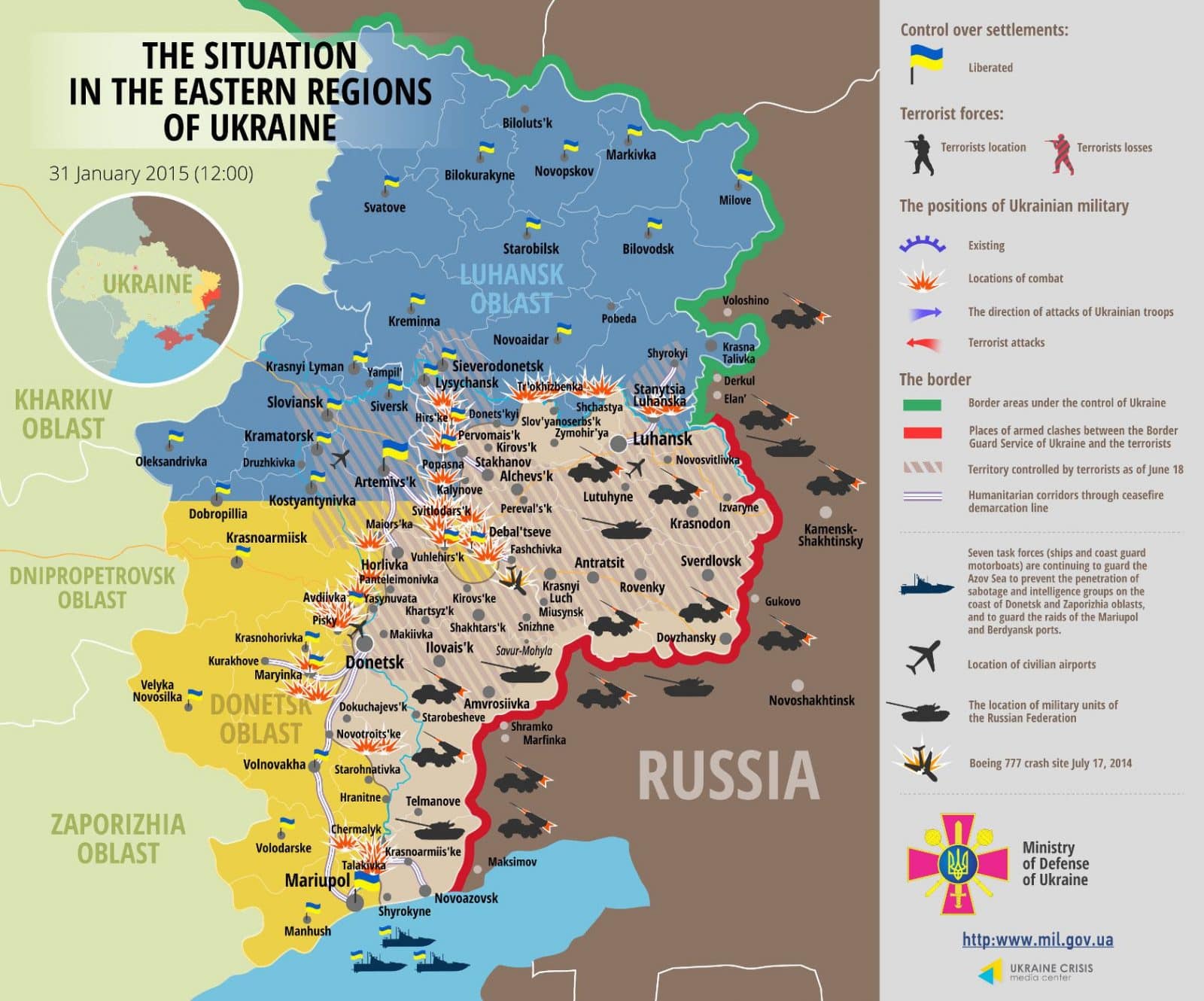 The tensest situation remains near Vuhlehirsk where pro-Russian militants are trying to capture the city and take control over favorable positions for further advance towards Debaltsevo and its full envelopment. There is still danger of the militants’ offensive on Mariupol. However ATO forces are ready to repel all attacks.

The intelligence reports the ongoing deployment of new units of the Russian Armed Forces in the conflict zone. Russian soldiers substitute militants at the frontline. Russia is actively using uncontrolled Ukrainian checkpoints near Uspenka and Dmytrivka for transferring military equipment and ammunition. The vehicle transition near Hnutove of Donetsk region was temporarily halted due to the constant shelling with “Grad” multiply rocket launchers. Within the last 24 hours 15 Ukrainian soldiers were killed and another 33 wounded.