Kyiv, 3 February 2015 – Fierce fighting between the Ukrainian Armed Forces and Russian-backed militants continued in the area of Debaltseve. Militants are trying to encircle Ukrainian military regiments to no avail. Debaltseve remains under firm control of Ukrainian troops despite constant shelling. 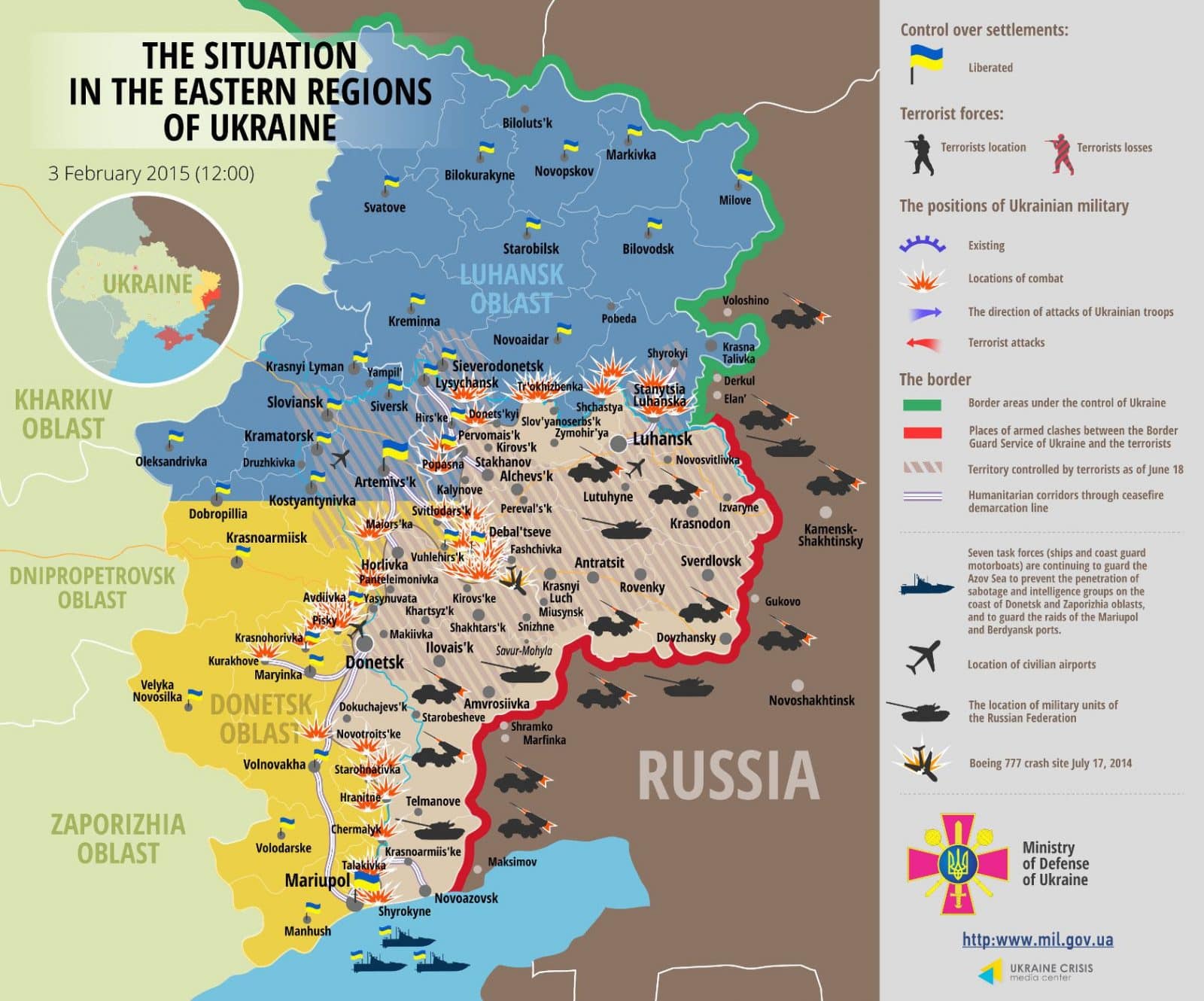 Russian proxies shelled and attempted to storm block posts and fortifications near Shumy, Sanzharivka, Komuna, Ridkodub, Stanytsia Luhansk and Chornukhyne. All militants’ attacks were repelled. Russian-backed mercenaries tried to seize a Ukrainian block post near Fashivka. Ukrainian servicemen opened fire and forced the enemy to retreat. Five Ukrainian servicemen were killed and 27 got wounded in the last 24 hours. Around 1 am, a terrorists’ subversive-reconnaissance group made an attempt to storm a block post in the area of Stanytsia Luhanska. The attack was repelled thanks to the well-coordinated interaction among the Ukrainian Armed Forces, timely and effective use of the artillery and the use of all available firepower. Militants had to flee, leaving killed and wounded at the battlefield.

So-called “DPR” and “LPR”, as well as Russian regular troops and “Cossacks” mercenaries suffered considerable losses of manpower and military equipment near Popasna, Debaltseve and Vuhlehirsk. It leads to massive desertion from these illegal armed groups. According to our intelligence, militants’ could not retreat from the Vuhlehirsk battlefield because they were blocked by the Russian state internal forces that forced their proxies to keep fighting.