Kyiv, February 28, 2015 – Ukraine’s Security Service of Ukraine detained three people who committed a terrorist act during the March of Dignity on February 22 in Kharkiv. Members of the “Oplot” terrorist organization committed this crime. Terrorist who detonated the explosive used to be a member of Berkut riot police unit. The terrorists were recruited by the Russian intelligence last spring. Security Service officers seized F-1 grenades, plastic explosives, blaster fuses and bullets for automatic weapons during the search of the premises of the detained. 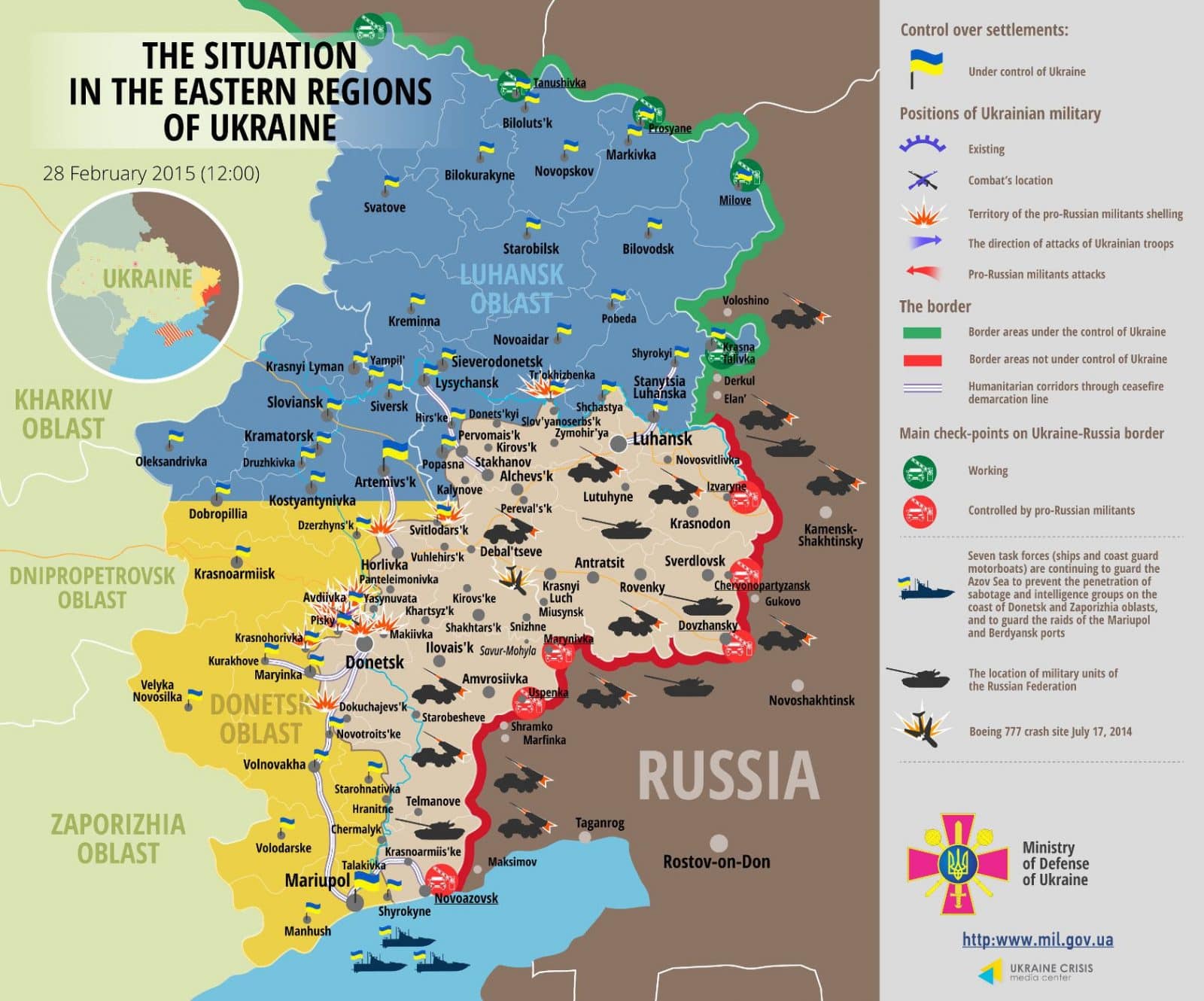 Ukrainian servicemen spotted 5 insurgent UAVs in the Mariupol sector and on administrative border with the occupied Crimea.