National Security and Defense Council:OSCE identifies the direction from which Kramatorsk was shelled

Kyiv, February 11, 2015. Pro-Russian militants conducted another atrocity yesterday. They shelled Kramatosk with “Smerch” multiple rocket launchers. Militants targeted airfield in the vicinity of the city, as well as the industrial and residential areas nearby. According to intelligence report, the shelling was conducted from Horlivka area controlled by illegal armed groups. As a result, 16 people were killed and 64 suffered from the attack. Monitors of the OSCE Special Monitoring Mission swiftly arrived on the site of tragedy. The Mission’s report states: “Based on the live observation, the pictures and maps analysis, the SMM assessed that the shelling was coming from the south-south-east direction”. As one can see from the map these are the areas occupied by militants. 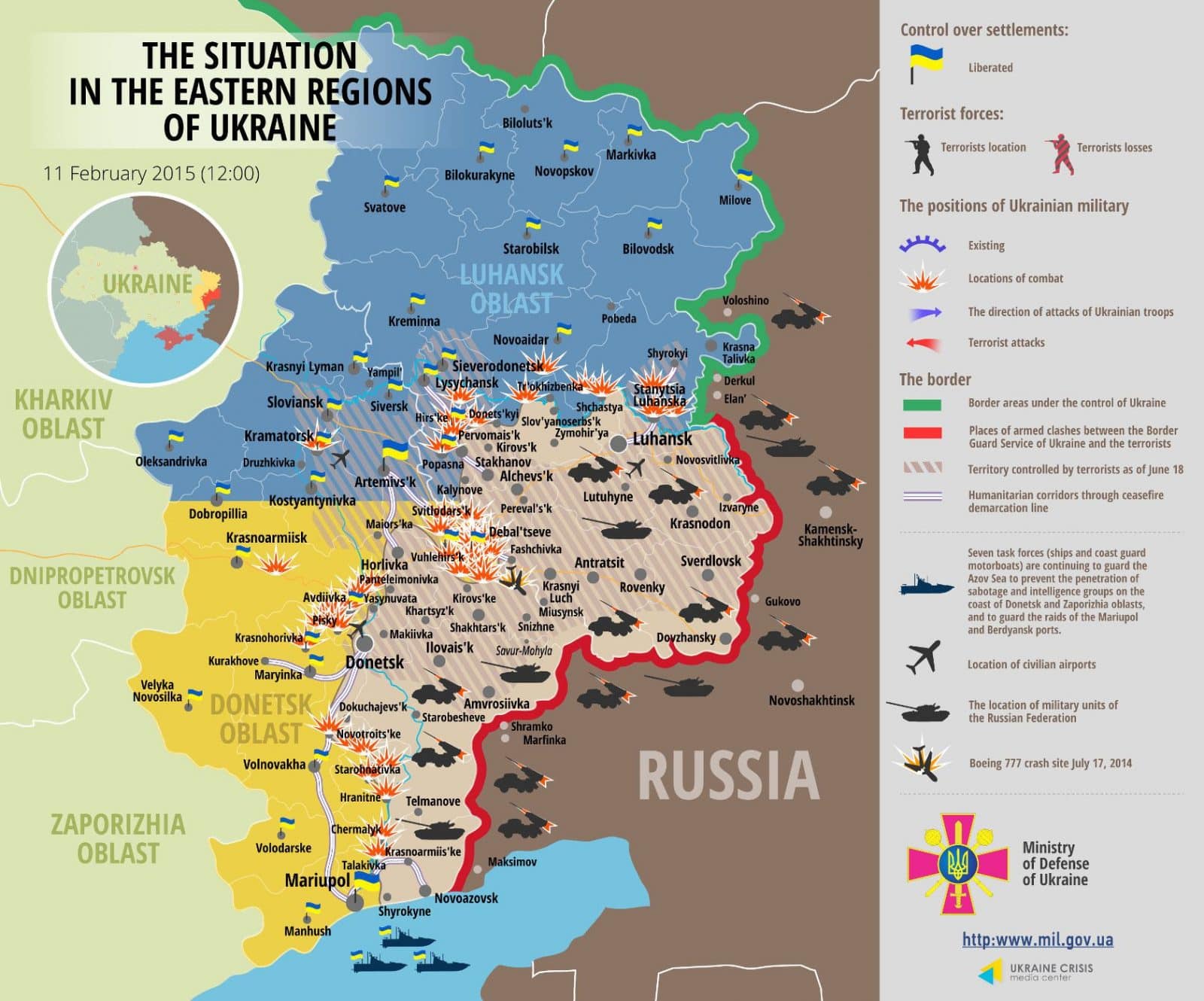 Last night President of Ukraine Petro Poroshenko visited Kramatorsk. The President emphasized that he shall insist on a peaceful settlement of the conflict in Donbas and will push for this resolution during the upcoming talks in Minsk today. French writer, philosopher, film director and public figure Bernard-Henri Lévy accompanied President Poroshenko during his visit to Kramatorsk. Bernard-Henri Lévy was shocked by what he saw in Kramatorsk. He urged the international community to open its eyes on the horrible crimes of Russian-backed militants in eastern Ukraine.

Insurgents intensify the attacks on the Ukrainian positions at the Debaltseve and Severodonetsk directions, as well as in the area of Shchastia and Stanytsia Luhanska. Militants shelled positions of the Ukrainian Armed Forces near Debaltseve over 10 times with Grad multiple rocket launchers, artillery, mortars and tanks; they attempted to storm Ukrainian positions twice afterwards. The militants have also attacked positions near Novohryhorivka and Kamjanka of Donetsk region and Mius of Luhansk region. Ukrainian soldiers repelled every attack.

87 militants were eliminated and 42 units of military equipment, including 12 tanks, 14 multiple rocket launchers and 16 armoured combat vehicles, destroyed in the last 24 hours. 19 Ukrainian servicemen were killed in action and 78 got wounded over the last day.