National Security and Defense Council:Military instructors from the Russian Federation train militants for subversive activities on the occupied territories

Kyiv, 29 January 2015 – The situation in the anti-terrorist operation (ATO) zone remains tense. Along the whole cease fire line, pro-Russian militants are intensively firing at the Ukrainian forces positions and are conducting reconnaissance to pull away the reserve forces of the Ukrainian Army. Russian-and-terrorist groups are redeploying forces at the direction towards the cities of Debaltseve and Mariupol, and amassing manpower and equipment in a row of localities of Novoazovsk district. As per the reconnaissance data leaders of the illegal criminal groups are also making attempts to hold the so-called “military recruitment” of Horlivka locals. On the occupied territories of Donbas, there has been an increase in the number of military instructors sent from the Russian Federation. 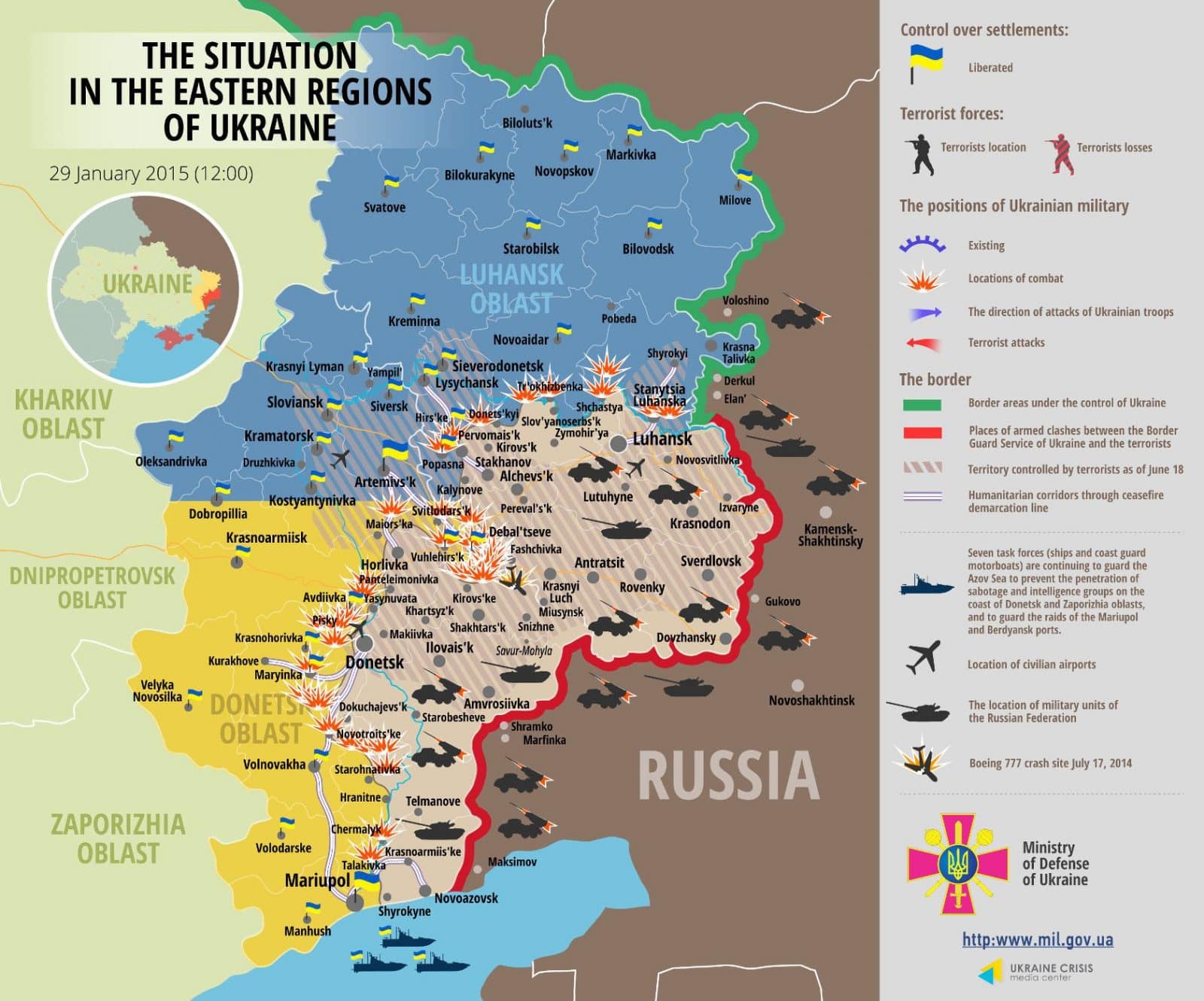 According to the information of the “Pivnich” (North) operational command in the area of Bakhmutska, Ukrainian servicemen are successfully repelling militants’ attacks. In the area of Zholobok locality, 10 tanks of illegal armed groups were destroyed in the last 3 days. Due to successful work of Ukrainian artillery and resulting from the lack of ammunition the density of the enemy’s fire has slightly decreased in this part. Five Ukrainian servicemen were killed in the last day, and 29 were wounded.