National Security and Defense Council:Fierce combats are on at the Donetsk airport

Kyiv, 20 January 2015 – Fierce combats are on at the Donetsk airport. The airport’s runway has been completely put out of action. Ukrainian units are firmly holding the defense, inflicting heavy losses in manpower and equipment on the militants. The operation is ongoing. Despite all preliminary agreements Ukrainian military units were attacked by regular military units of the Russian Federation Armed Forces in the North of the anti-terrorist operation (ATO) zone. Fierce engagements are on in the area of the 29th and 31st checkpoints on the so-called Bakhmutka road. The anti-terrorist operation forces stopped the advance of Russian troops. 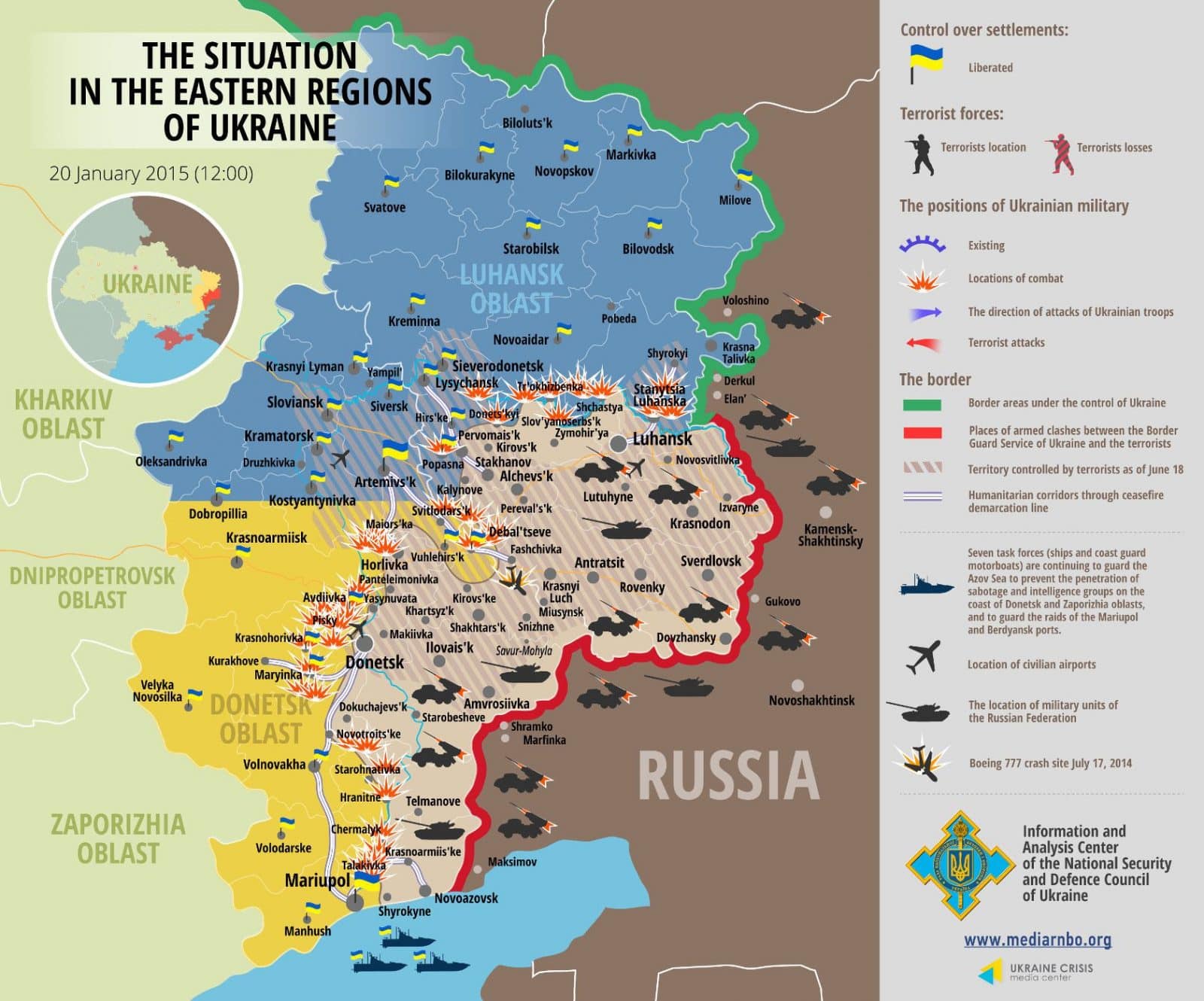 As per the intelligence information approach of 3 battalion tactical motor rifle groups of the Russian Federation to the Russian-Ukrainian border was spotted near localities Kuybysheve and Kamensk-Shakhtynsk, Matveev Kurgan, as well as of 1 artillery division near Vesely town. At the moment the situation in the ATO zone is complicated however is under control. Necessary reserves are being deployed to the area of engagements at the delimitation line.
20.01.2015