Kyiv, 30 January 2015 – Over the twenty-four hours, the situation in the anti-terrorist operation zone has remained tense. Russian troops and their proxies are redeploying a considerable number of forces to the direction of Debaltseve and Vuhlehirsk in the Donetsk region.Pro-Russian militants use reconnaissance to detect Ukrainian positions and then strike them with artillery. 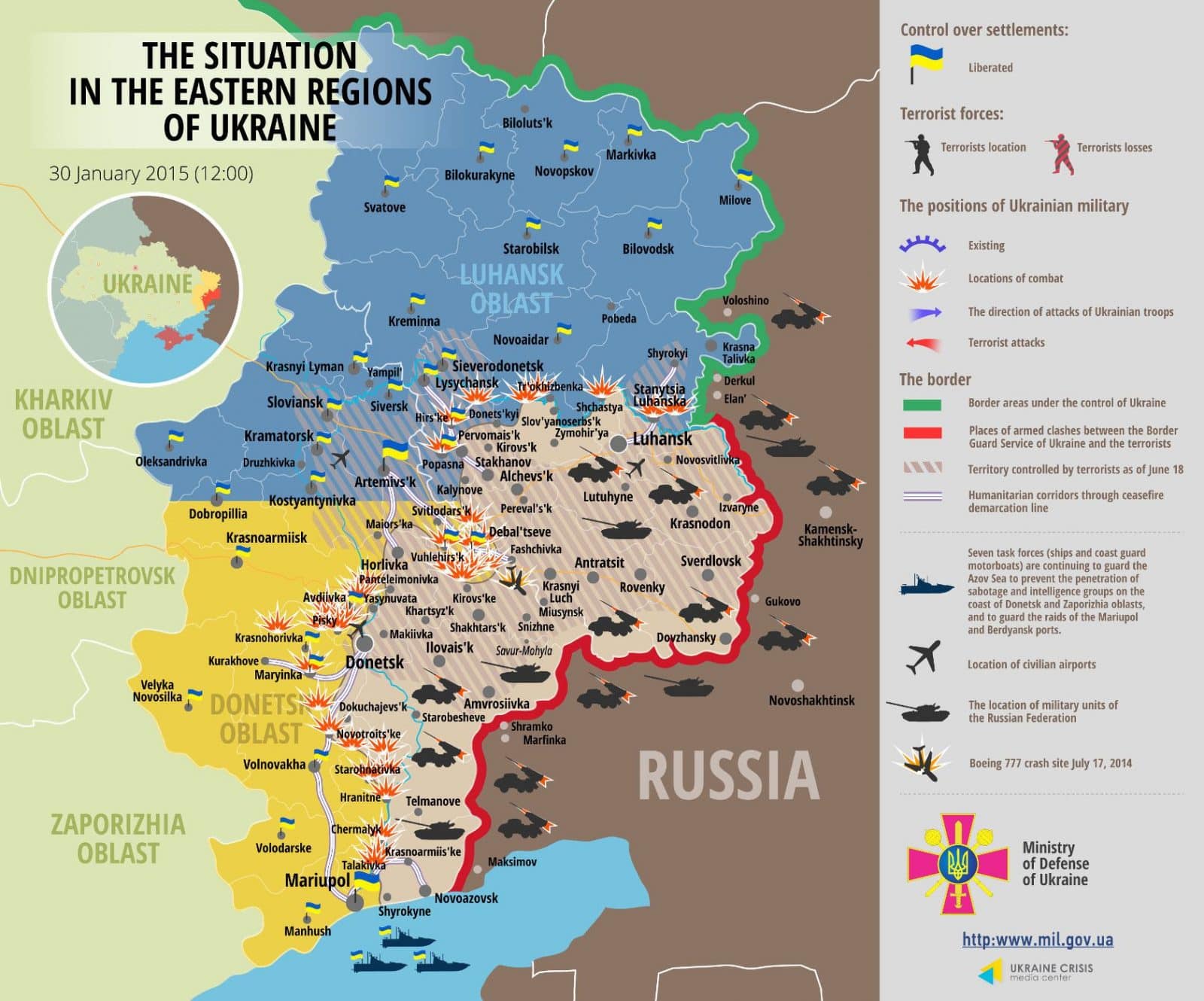 From directions terrorists shelled Ukrainian military positions a number of times with artillery, mortars, grenade launchers, tanks and Grad multiple rocket launchers. Most fierce combats continue near Vuhlehirsk and in this locality,terrorists following massive artillery and mortar strikes, stormed the checkpoints of ATO forces a number of times. In total, 5 Ukrainian servicemen have been killed and another 23 wounded in the past 24 hours.

The Ukrainian military has accused pro-Russian forces of using school children and students enrolled in universities as soldiers in their new offensive. According to terrorists’ plans, young people will be taking part in the armed conflict within 10 days in shifts.

At the briefing, Colonel Lysenko also noted that the EU Foreign Affairs Council extended the restrictive measures targeting persons and entities of the Russian Federation for threatening or undermining Ukraine’s sovereignty and territorial integrity until September 2015 and is asking for an expansion of those figure who are banned from entering the European Union.
30.01.2015