National Security and Defense Council:Combat operation at the Donetsk airport goes on

Kyiv, 21 January 2015 – In the last day in the anti-terrorist operation (ATO) zone Russian-and-terrorist troops continued massive shelling of ATO forces positions, militants made numerous attempts to expand the area of their control. At the Luhansk, Debatseve and Donetsk directions terrorists fired numerous times at the ATO forces positions with artillery, mortars, grenade launchers, tanks and Grad systems. A combat operation is ongoing at the Donetsk airport. As a result of combat militants blasted the runway. Additional reserves and munitions reached the Ukrainian military positions. 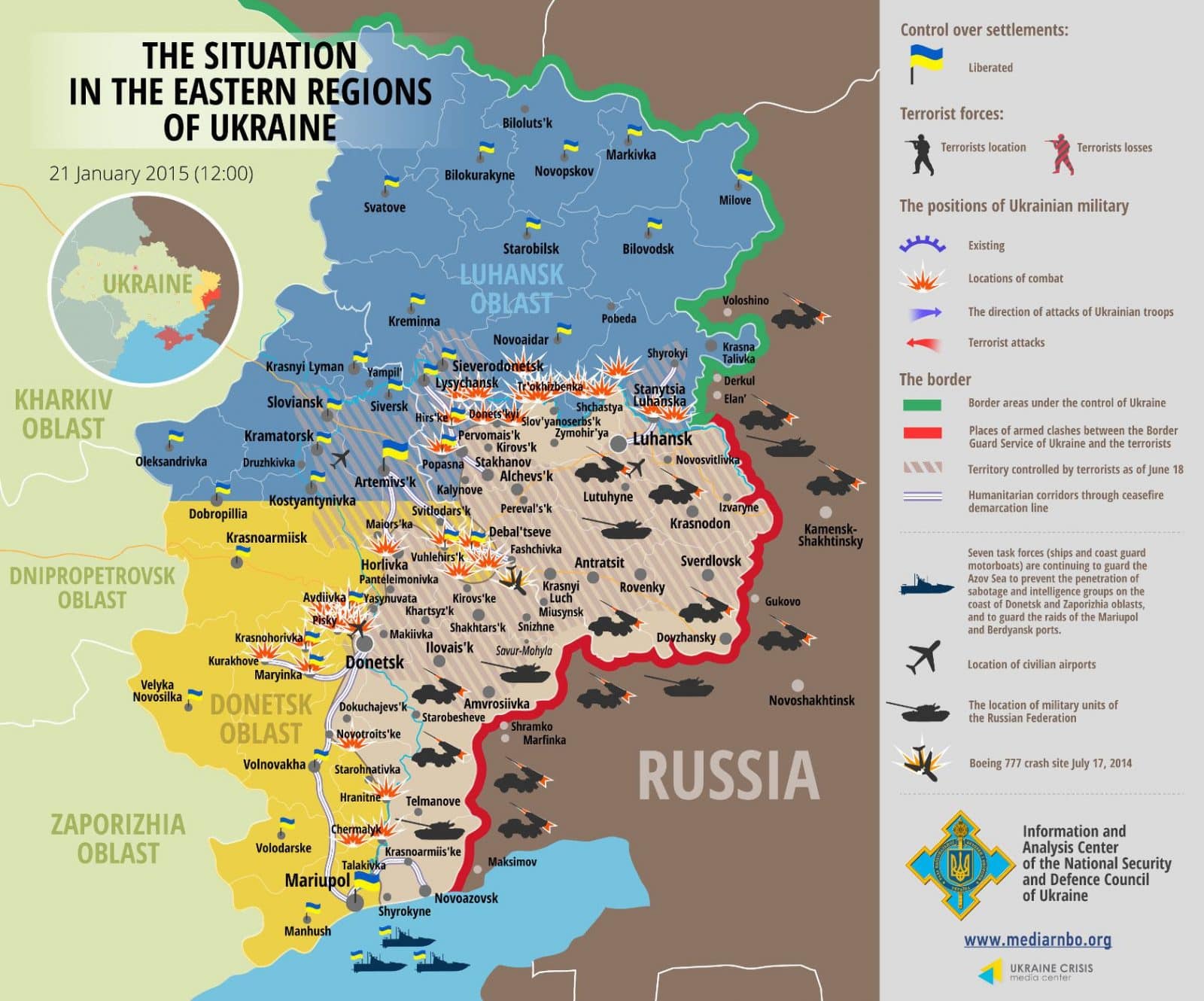 The advance of militants and of Russian troops in Luhansk region in the area of the 29th and 31st checkpoints of Ukrainian Armed Forces has been stopped. Resulting from fighting the ATO forces stepped back from the 31st checkpoint to their stronghold. Having received reinforcement and munitions the ATO forces continue fighting to restore their combat positions and force the enemy out. In the last 24 hours 1 Ukrainian serviceman was killed in action, 40 got wounded.

Militants continue committing crimes – shell the Donbas localities with artillery. The OSCE Special Monitoring Mission to Ukraine reports that on 19 January at least 30 Grad MRLS rockets hit the centre of Debaltseve, the shelling was conducted from the side of Horlivka controlled by the militants of the so-called “DPR”. As a result three civilians were killed, twelve were wounded, the mission’s report says.

Yesterday due to the shelling of the Ukrainian Armed Forces positions and of localities conducted by terrorists the access of vehicles and persons through the access control points “Heorhiyivka” and “Kurakhove” at the road direction “Donetsk-Kurakhove” was stopped.