National Security and Defense Council: US troops to train National Guard of Ukraine for six months

Kyiv, April 21, 2015. US paratroopers have started training National Guard of Ukraine units as part of the Fearless Guardian joint military exercise at the Yavoriv military range, Lviv region. After the training Ukrainian troops will get 705 sets of military gear, bulletproof vests, helmets, 85 night vision goggles and over 20 radio systems. 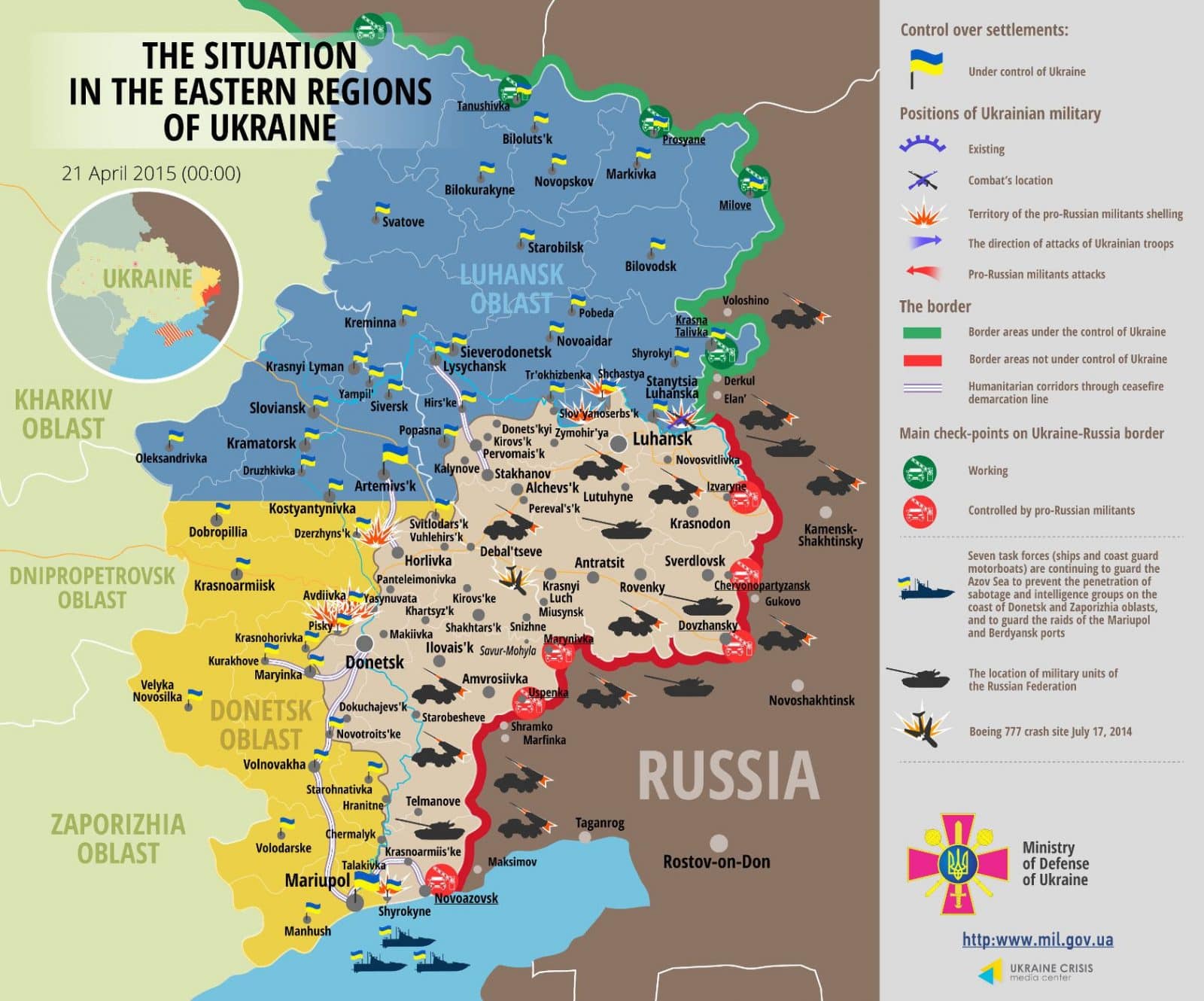 Shyrokyne, Donetsk airport area, outskirts of Horlivka, namely Mayorsk and Leninske, as well as Shchastya in the Luhansk region, were the hotspots of the conflict. Moreover, there was an engagement in the area of Syze village, Luhansk region. Ukrainian troops fought off the attack.

One Ukrainian serviceman was killed in action and one got wounded in the last 24 hours.

The OSCE is going to scale up its presence in eastern Ukraine due. OSCE Secretary General Lamberto Zannier said the number of monitors would be increased to 600 by early summer.

Ukrainian intelligence reports that Russia pardons its convicts under condition they are going to join “DPR” and “LPR” militant groups.

Ukraine’s Security Service detained an armed insurgent of Vostok militant group in Dnipropetrovsk suspect in plotting a number of terrorist acts in the city. The detained was involved in gathering the intelligence for “DPR”. Ukrainian operatives confiscated three grenades and a gun during the arrest.

The U.S. humanitarian aid has arrived in Ukraine. The cargo included four tons of medical drugs and hygiene items for the wounded servicemen treated in the Main Military Clinical Hospital in Kyiv.