Kyiv, April 17, 2015. Around 300 paratroopers of the 173rd Airborne Brigade of the US Army arrived in Lviv. American instructors will train Ukrainian servicemen. 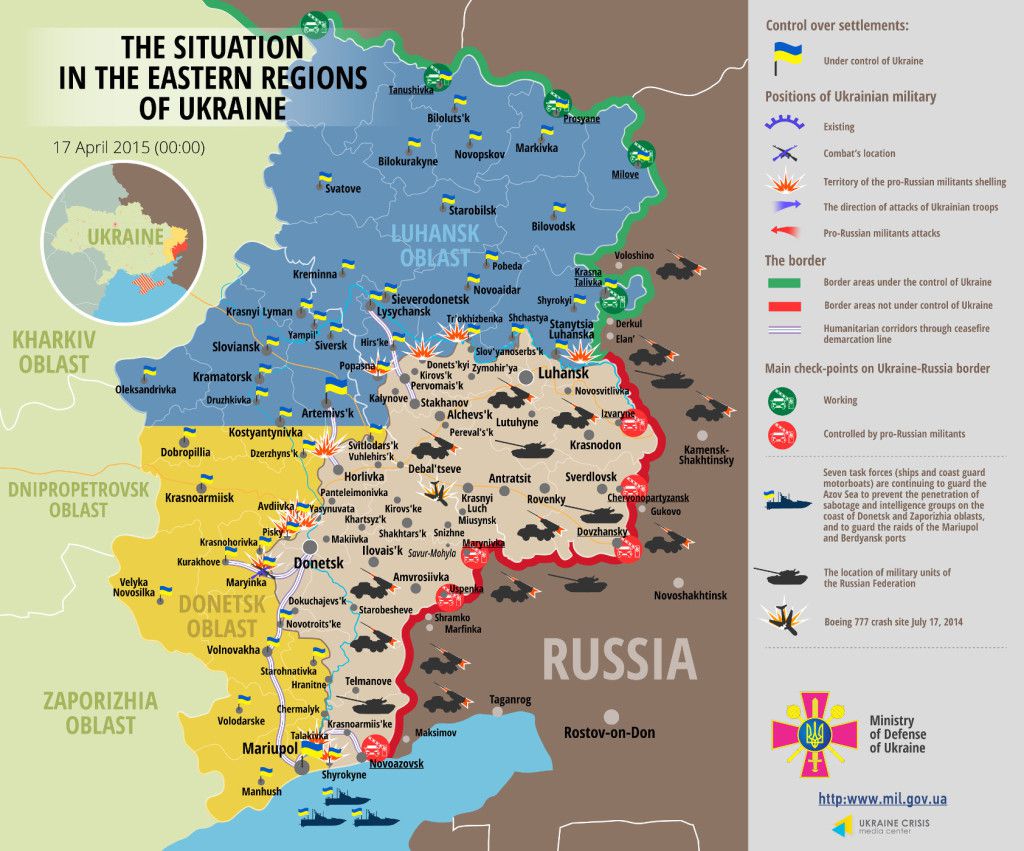 Russia-backed militants have shelled the Ukrainian military positions five times with 120-mm mortars and twice with 122-mm artillery. Militants did not use their armored vehicle yesterday. The around the Donetsk airport and the outskirts of Horlivka, Shyrokyne and Talakivka, Popasna and Sokilnyky – in the Donetsk, Mariupol and Luhansk sectors respectively – were the hotspots of the conflict.

Ukrainian border guards spotted 10 enemy UAVs; the anti-aircraft forces have downed one of them in the area of Butkivka, Luhansk region.

Ukrainian Armed Forces did not incur any lethal casualties in the last 24 hours; one serviceman got wounded.

Ukraine’s Security Service uncovered a subversive group that was plotting to explode military and freight trains on the Prydniprovska railway in Dnipropetrovsk region. Insurgents are suspects of another crime – an attempt to blast railway tracks at the “Novomoskovsk-Samarivka” section. Police forces succeeded to prevent the terrorist act and seize TNT blocks, IT and communications equipment that the militants used to contact their coordinators.

Ukrainian police also confiscated a Kalashnikov rifle, Makarov gun, two F-1 grenades and ammunition from a resident of Dzerzhynsk who stored weapons in his own apartment. We remind that the month-long action of voluntary disarmament is underway for those who have unregistered weapons and ammunition. These individuals can give away their arsenals and be absolved from criminal liability.