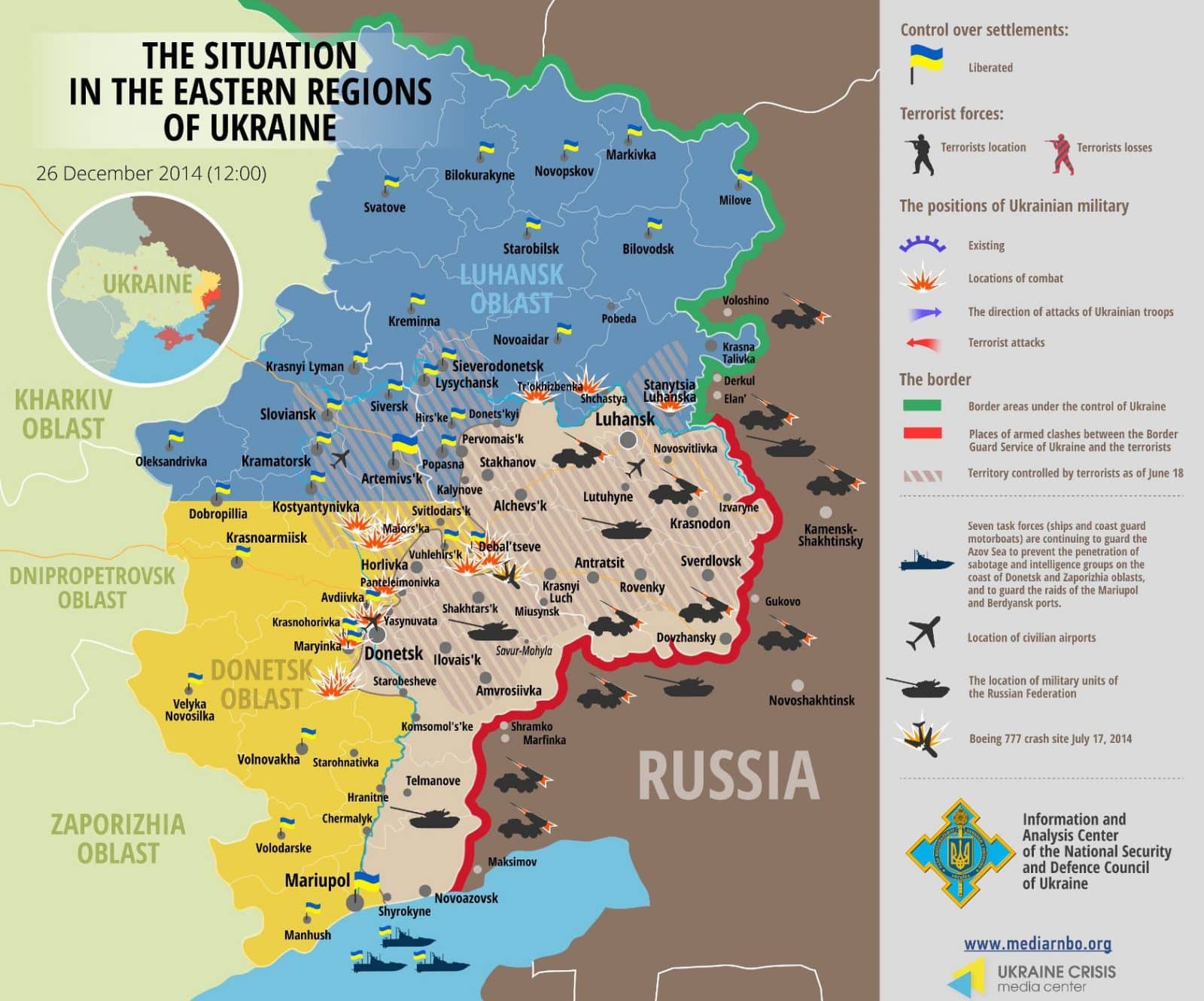 Pro-Russian militants continue to regroup their illegal armed forces. They occasionally fire at the positions of Ukrainian military in a chaotic and provocative way. Militants fired at the positions of ATO forces near Dzerzhynsk in Donetsk region with BM-21 “Grad” systems. The situation in the Donetsk and Luhansk is chaotic.

Russian-backed militant forces continue aerial reconnaissance with UAVs – 10 flights of the enemy’s UAVs were spotted within the last day at the “Bilosarayska Kosa – Mariupol” direction. These subversive-reconnaissance groups have intensified their activities both in the ATO zone and outside of it. Redeployment of military equipment from the territory of the Russian Federation to Donbas continues, including self-propelled artillery systems, trucks with personnel and ammunition. At the same time Ukrainian military are reinforcing fortifications at the frontline. Within the last day one Ukrainian serviceman was killed, and another was got wounded.

Ukraine’s special services are preventing and reacting to all attempts to conduct terrorist activities on liberated territories. Near Kramatorsk of the Donetsk region, Ukraine’s Security Service personnel detained two militants and one agitator of the “DPR” illegal organization who was calling for armed resistanceagainst Ukrainian authorities. The detained militants were members of the “Vostok” group. The same personnel detained a local of Kostyantynivka who was actively helping the organizers of the sham referendum of 11 May, actively supported militants and was convincing local businessmen to finance terrorists.

Yesterday evening a Ukrainian humanitarian cargo was delivered to Kramatorsk and Severodonetsk in Ukrainian-held territory. The delivery of this aid to the social institutions located in the settlements that are constantly under fire by militants is being organized at the moment. As per an agreement, staff of the OSCE special monitoring mission in Ukraine will join the process of the distribution and delivery of the humanitarian aid saidthe head of the Mission, Ertugrul Apakan. At Stanychno-Luhanske,the border guards allowed the delivery of the humanitarian cargo from the Ukrainian office of the International Committee of the Red Cross destined for the local population in Luhansk region. The trucks were carrying food and medicine, with a total weight of 18 tons.
26.12.2014