Kyiv, 3 January 2015 – Within the last day the situation in the anti-terrorist operation (ATO) zone was not subject to drastic change. Several isolated cases of aggressive actions on the part of militants at the Donetsk and Luhansk direction were spotted. As per the intelligence data new Russian Federation troops are seen arriving, attempts are made to establish the unified command center over all terrorist groups in Luhansk region. Within the last 24 hours no Ukrainian servicemen were killed, one serviceman got wounded. The incident was of non-combat nature. 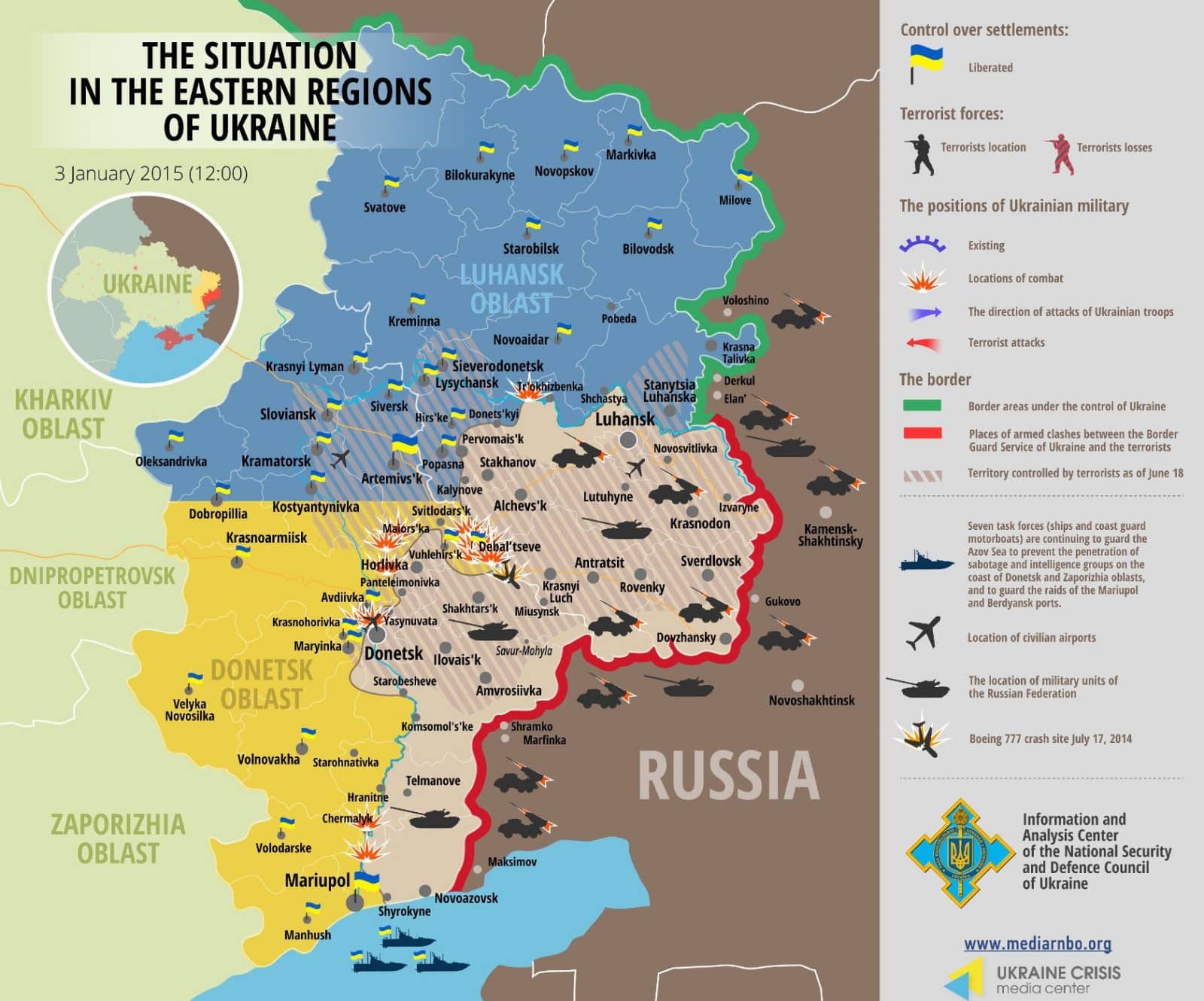 Volunteer do-it-yourself initiatives contribute to the technical equipping of the army. Aeromodelling group of the South Ukrainian station of young engineers passed to Ukrainian servicemen a unique tactical reconnaissance UAV. The UAV’s technical specifications are: weight – 1,5 kg, maximum altitude – 1 km, maximum flight time – around 40 minutes, maximum flight length – 10 km, speed – 60 km / hour. The UAV is hand-launched, is convenient in operation, when disassembled is compact, of a small size that makes its transportation easy.

President of Ukraine Petro Poroshenko awarded the Hero of Ukraine title and the “Golden Star” order to Colonel Oleksandr Anishchenko (posthumously). The Ukrainian officer received this high award for his extraordinary courage, heroism and self-sacrifice enacted while protecting the state sovereignty and territorial integrity of Ukraine, as well as for loyalty to the military oath as the President’s Order says. Ukraine will always remember the heroes of the anti-terrorist operation. Colonel Oleksandr Anishchenko, Deputy Head of Ukraine’s Security Service HQ in Sumy region was killed in action on 5 May 2014 while on a combat assignment near Slovyansk.
03.01.2015