Kyiv, March 23, 2015. Ukrainian law enforcers solved the notorious murder case of the security service officer that has happened near Volnovakha, Donetsk region, on March 21. Four perpetrators of the murder have been detained alongside with 11 suspects. Eight members of the group were detained in Dnipropetrovsk, while others on the territory of the Donetsk region. The policemen confiscated nine assault rifles, an RPK light machine gun, six grenade launchers, grenades and ammunition. 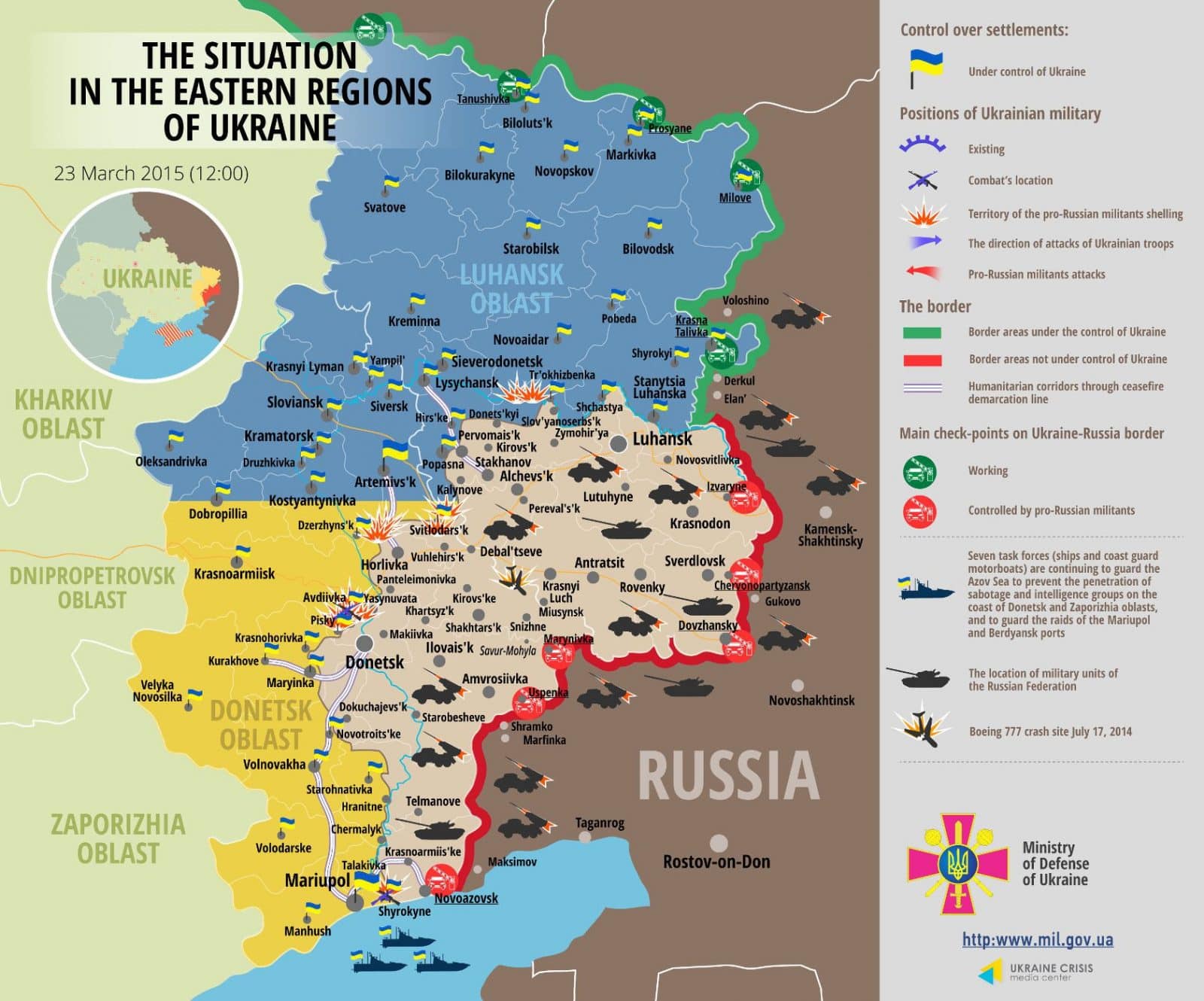 The Russia-backed militants attacked the Ukrainian military positions from tanks five times and twice with the artillery. They have fired twice from the artillery at Avdiivka. Three cases of ceasefire violations were recorded after the midnight. Militants fired the full salvo from the Grad multiple rocket launcher at the Ukrainian forces by Orikhove village in the Luhansk region. Ukrainian troops successfully repelled the militant attack near Sokilnyky. Pro-Russian forces also mortared Ukrainian units near Shyrokyne.

Russian Armed Forces are still operating in Donbas. According to the intelligence report, Russian military command rotates its troops stationed in the south of the ATO zone from December 2014. Russia deploys its mercenaries, as well as the military equipment and ammunition through the uncontrolled part of the Russia-Ukraine border. Additionally, several Russian military and sports clubs organized an illegal supply channel for those who want to go and fight on the militants’ side; minors are also included in the “DPR” ranks.

Meanwhile, the deepening social crisis is on the militant-held territories. It is getting increasingly difficult for the residents of the occupied territory of the Donetsk region to receive social benefits and salaries due to the lack of a functioning banking system.