Kyiv, March 31, 2015. Ukraine’s Security Service detained several accomplices of Yevhen Zhilin, leader of the Oplot criminal group, in the Kharkiv region. They were transporting the money for the “DPR” and “LPR” militants. The suspects would first transfer funds to Russia, accumulate them in the Rostov region and then sent these sums to the militant-held territories. Furthermore, Ukrainian policemen discovered a fraud scheme whereby a director of one of the Luhansk state enterprise financed “LPR” militants. The criminal fraudulently obtained 150,000 hryvnias. Around 100,000 hryvnias were spent on weapons and ammunition for the militants; the fraudster kept the rest of money. 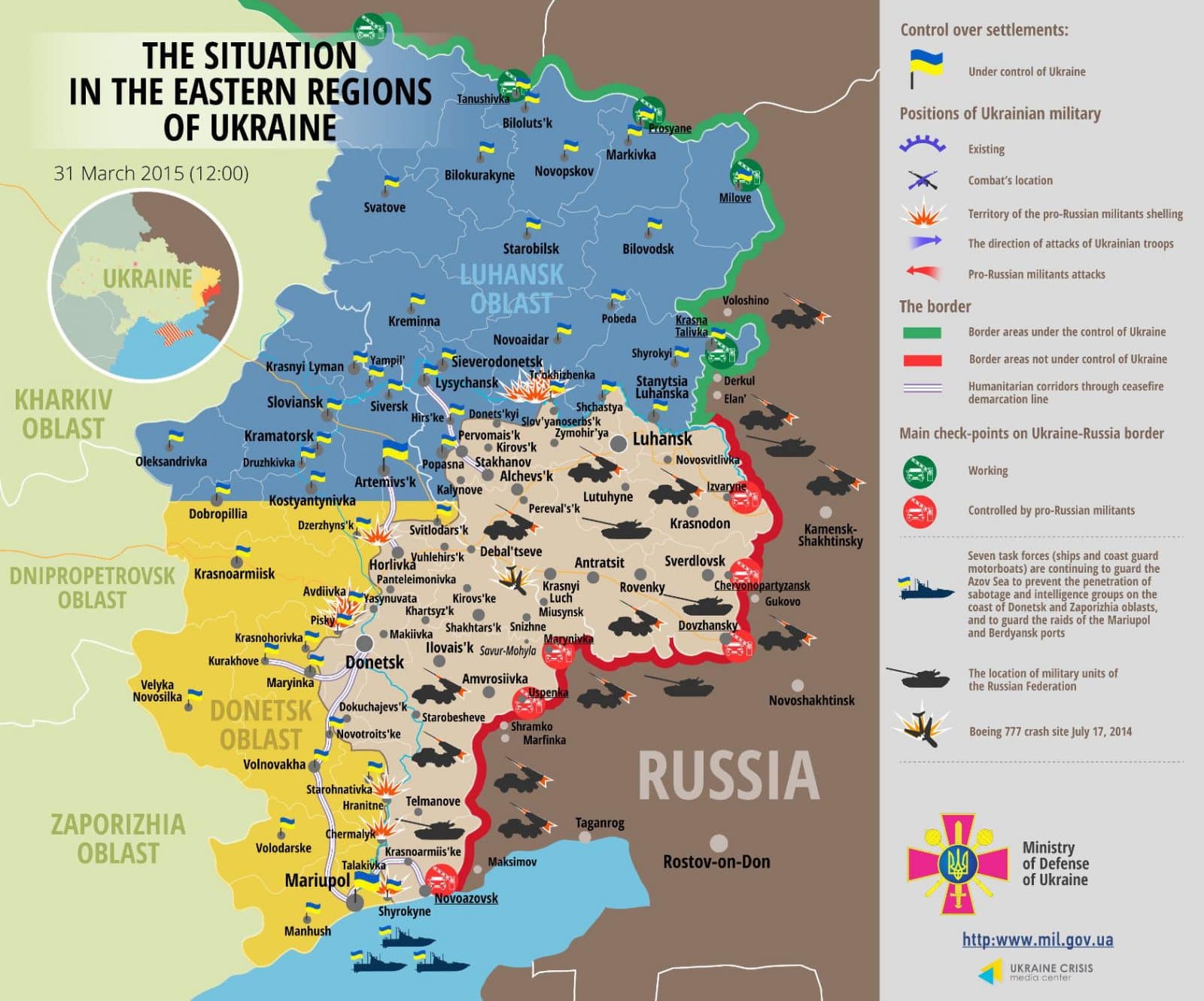 The situation in the ATO zone was relatively stable over the last few days, as pro-Russian militants did not use the artillery and multiple rocket launchers. However, they continue to instigate isolated armed provocations using mortars and small arms. Areas around the Donetsk airport and western parts of the Luhansk region, as well as Hranitne between Mariupol and Volnovakha have been the hotspots of the conflict yesterday.

Ukrainian Armed Forces did not suffer any lethal casualties in the last day in the last 24 hours; one serviceman got wounded.

It was also reported on the investigation of the MH17 crash, which happened on July 17, 2014. Ukraine’s Security Service and Prosecutor General’s Office, as well as experts from the Netherlands, Belgium, Australia and Malaysia engaged in the investigation. According to investigators’ preliminary conclusions, the most plausible version is that the airplane was taken down from the BUK missile system from the territory controlled by Russia-backed militants. The joint international investigation team is now collecting eyewitness testimonies of the crash. Each witness is guaranteed security in exchange for his or her information.

Everyone willing to share the information can write on the web site or call the investigation commission hotline in Ukraine or the Netherlands: