Kyiv, May 5, 2015. Ukrainian intelligence reports that pro-Russian militants are preparing a large-scale provocation. During the Victory Day on May 9, the “DPR” fighters intend to open fire at peaceful demonstrators in Donetsk. The provocation may be used as a pretext for a massive offensive on the Ukrainian military outposts in the areas of Shyrokyne, Pisky and Stanytsia Luhanska. 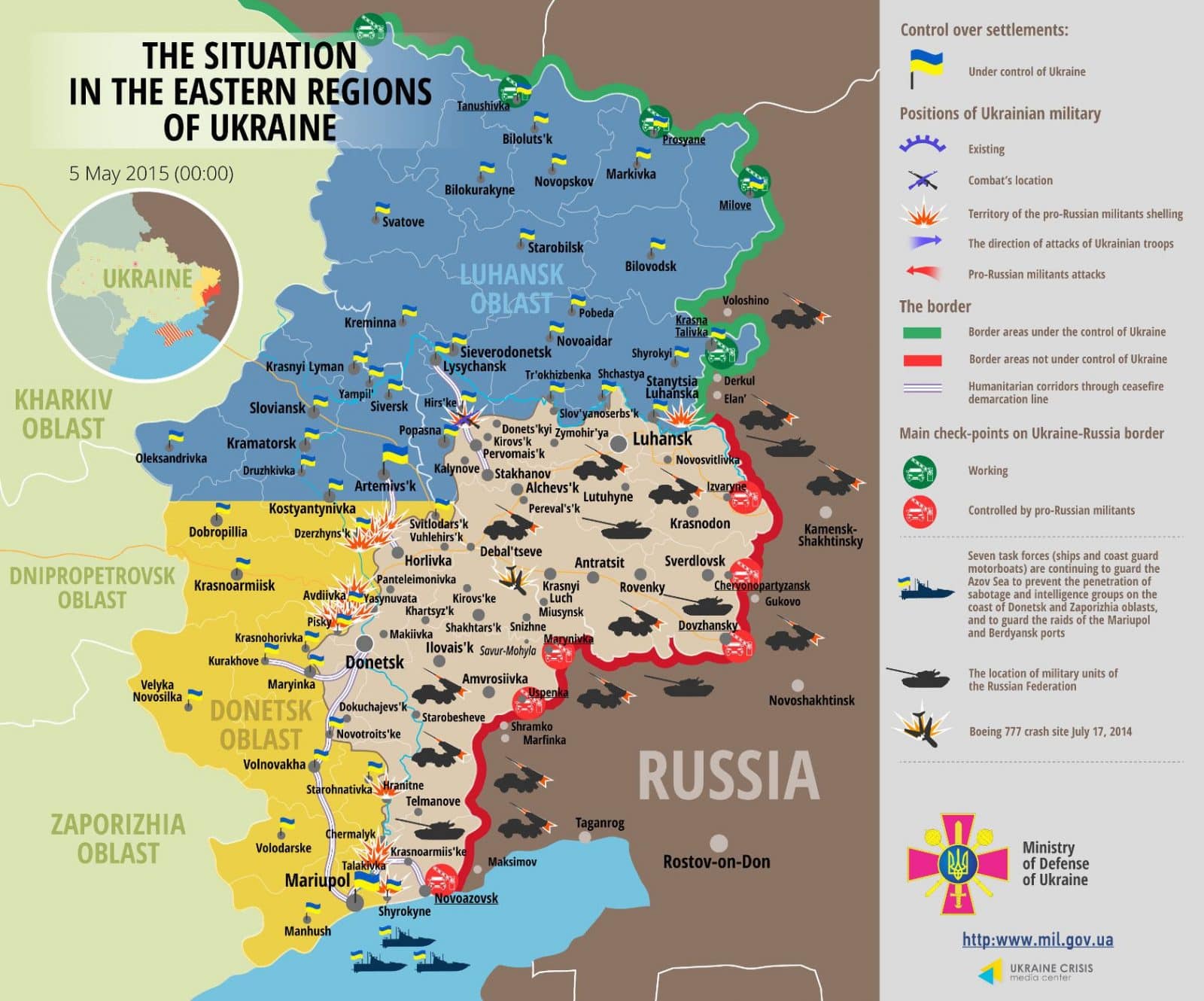 Shyrokyne, Sakhanka villages and the town of Zolote were the hotspots of the conflict in the Mariupol and Luhansk sectors respectively.

In the Donetsk sector, militants attacked the areas around the Donetsk airport and the western outskirts of Horlivka.

Ukrainian Armed Forces did not incur any lethal casualties; three servicemen got wounded in action in the last 24 hours.