Kyiv, March 21, 2015. Ukrainian security services prevented a series of terrorist acts that aimed to destabilize the Kharkiv region. The operatives detained three insurgents who have been coordinated by the Russian intelligence. They were going to use an improvised explosive to destroy the railway tracks in the Chuhuiv district, Kharkiv region. 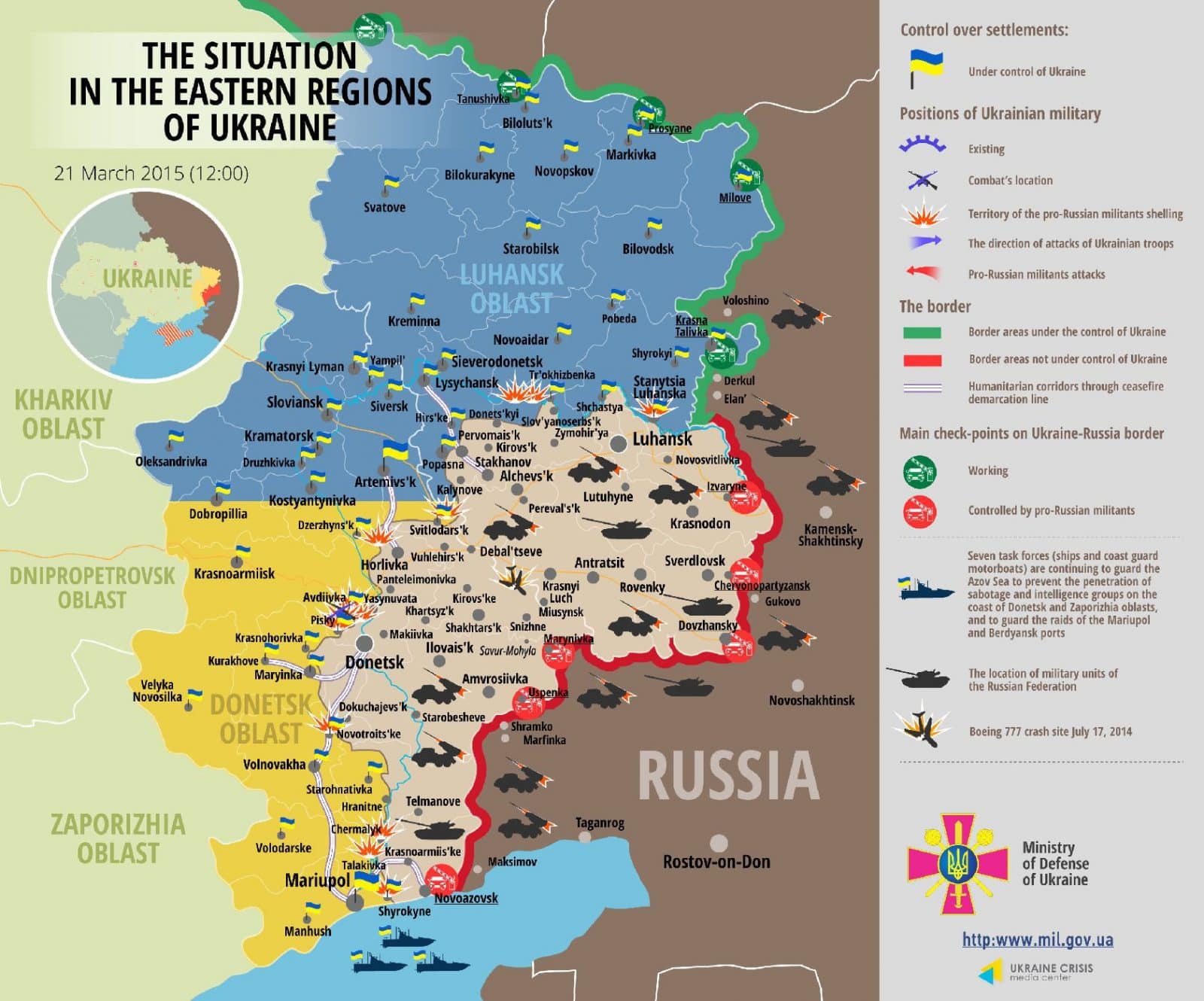 Furthermore, the Ukrainian security services detained another group of militants from the so-called “Luhansk People’s Republic” who attempted to explode the railway bridge in Izyum, Kharkiv region. One militant was detained right when he was mining the bridge; four of his cell phone bombs have been confiscated.

The pro-Russian militants have violated Minsk agreements by firing from the artillery, mortars, grenade launchers and small arms at the Ukrainian military positions in the Donetsk, Artemivsk, Luhansk and Mariupol sectors. Russia-backed forces have also mortared Avdiivka, killing one civilian.

Opytne village was the hotspot of the conflict over the last day. Ukrainian Armed Forces clashed twice with the Russian regulars and their proxies, repelling every attempt of the enemy’s offensive.

Two Ukrainian servicemen were killed in action and seven more got wounded in the last 24 hours.

Militants continue reconnaissance activities in the frontline areas; hence, 15 enemy UAVs were spotted in the Mariupol and Luhansk sectors.

Meanwhile, Donetsk business community is forced to cajole the militants with money and food in order to obtain the right to sell food on the local markets, as well as move across their blockposts. Moreover, residents of the militant-held territories are forced to pay a 10% fee while cashing in their meager savings.