Kyiv, 12 January 2015 – The situation in the anti-terrorist operation (ATO) zone is escalating. Terrorists keep firing at the positions of Ukrainian military. Ukrainian border guards reinforce the security regime at the delimitation line. To remind, it is possible to get to the ATO zone only through the 7 defined transportation corridors. To enter or exit the ATO zone a special pass is required. To receive the pass the following documents are to be submitted: request with the detailed route of travel and duration of stay in the ATO zone, passport (original document and a photocopy) and a photocopy of a document confirming the purpose of travel to the territory controlled/uncontrolled by Ukrainian authorities. Examples of above confirmation documents include: confirmed permanent place of residence in the ATO zone, confirmation that the burial place of the close relatives is located in the ATO zone, certificate confirming sickness of close relatives residing in the ATO zone, work certificate. It will be possible to lodge the above documents directly at the crossing points. Access control will apply to all full-aged citizens. 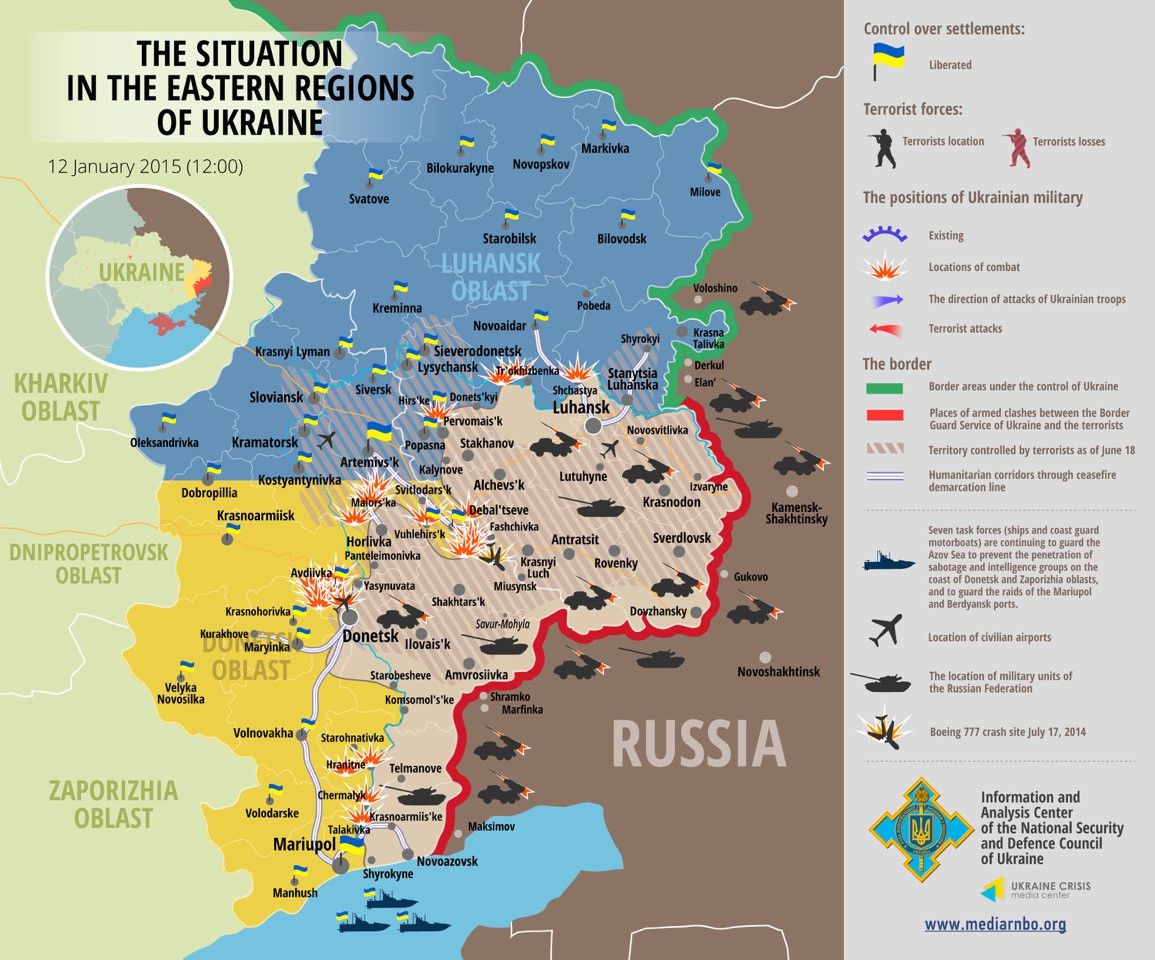 Ukrainian military repel the enemy’s attacks and deter the militants’ forces. The enemy is redeploying and amassing forces at all directions in the ATO zone. In addition to small arms and mortars militants used tanks and Grad multiple rocket launcher systems several times against the ATO forces. At the same time after midnight relative silence mode is observed in the conflict zone. In the area of the Donetsk airport’s new terminal an engagement occurred between militants and Ukrainian servicemen. Militants’ attack was repelled. Due to constant shelling of ATO positions in the Donetsk airport area, of Pisky and Maryinka localities and in order to protect life and health of the civilians in Donetsk region the HQ of the anti-terrorist center decided to temporarily stop access of persons and vehicles at the following directions: Donetsk-Kurahove (from 17:20), Donetsk-Mariupol (from 19:10).