National Security and Defense Council: Ukrainian Army keeps pro-Russian forces at bay next to Shyrokyne despite militant’s use of heavy weapons

Kyiv, April 1, 2015. Shyrokyne village, which is in close proximity to Mariupol, remained one of the hotspots of the conflict in eastern Ukraine. Ukrainian Armed Forces engaged in combat with the forces of Russia-backed militants, fighting off their attacks for several hours. The militants used 120-mm mortars to fire at the Ukrainian troops. Moreover, Russian proxies attacked areas around Avdiivka from armored vehicles, 120-mm mortars and the artillery. The town came under fire as well, however, no losses were incurred. 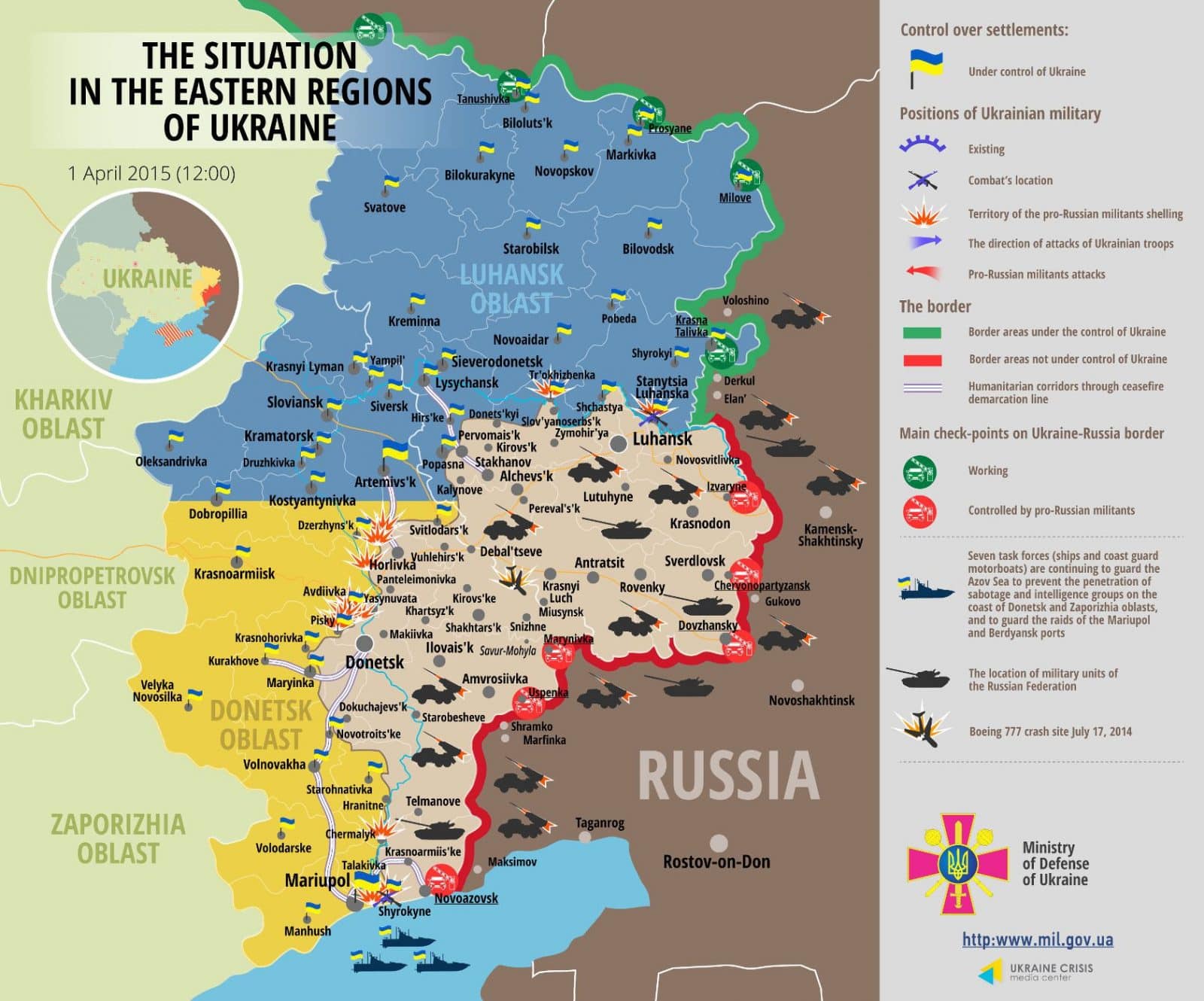 Those settlements to the east of Mariupol, areas around the Donetsk airport, Horlivka and Stanytsia Luhanska remain the hotspots of the conflicts. Andriy Lysenko emphasized that militants keep restricting the freedom of movement for the OSCE observers. The monitors were not allowed to drive to Shyrokyne until an escort of the so-called “DPR”. Any restrictions to the mission’s movement, as well as the use of heavy weapons such as the 120-mm mortars, blatantly violate the Minsk agreements.

Meanwhile, Ukraine’s Security Service detained the self-proclaimed “Minister of the coal industry of “LPR”. He illegally seized tons of Ukrainian coal last May with a tacit support of the former “LPR” leader Valeriy Bolotov. The militants appropriated the money from coal sales, while fired and threatened to injure those coal mine directors who refused to cooperate.

There is the ongoing restoration of the Donbas infrastructure. The Ukrainian authorities opened a repaired bridge between Severodonetsk and Rubizhne in the Luhansk region that has been blown up by the militants back in July 2014. Moreover, a new batch of humanitarian aid from the Rivne region with food, bottled water and construction materials arrived to Kramatorsk. The aid will be distributed among residents of towns that suffered from militant attacks.