Kyiv, February 13, 2015 – Most intense fighting continues in Debaltseve. Pro-Russian militants stormed the Ukrainian Armed Forces strongholds and base camps several times near the town of Luhanske, Kamjanka village, Chornukhyne and Debaltseve itself. Insurgents used the artillery, mortars, multiple rocket launchers and small arms fire. Ukrainian forces retaliated, forcing the militant groups to retreat after suffering serious casualties. According to the “Pivnich” (North) Operations Command in the Luhansk region, Ukrainian Armed Forces destroyed a Russian T-72 tank with the crew in the area of Obozne, as well as 2 militants’ Kamaz trucks in the area of Stanytsia Luhanska. 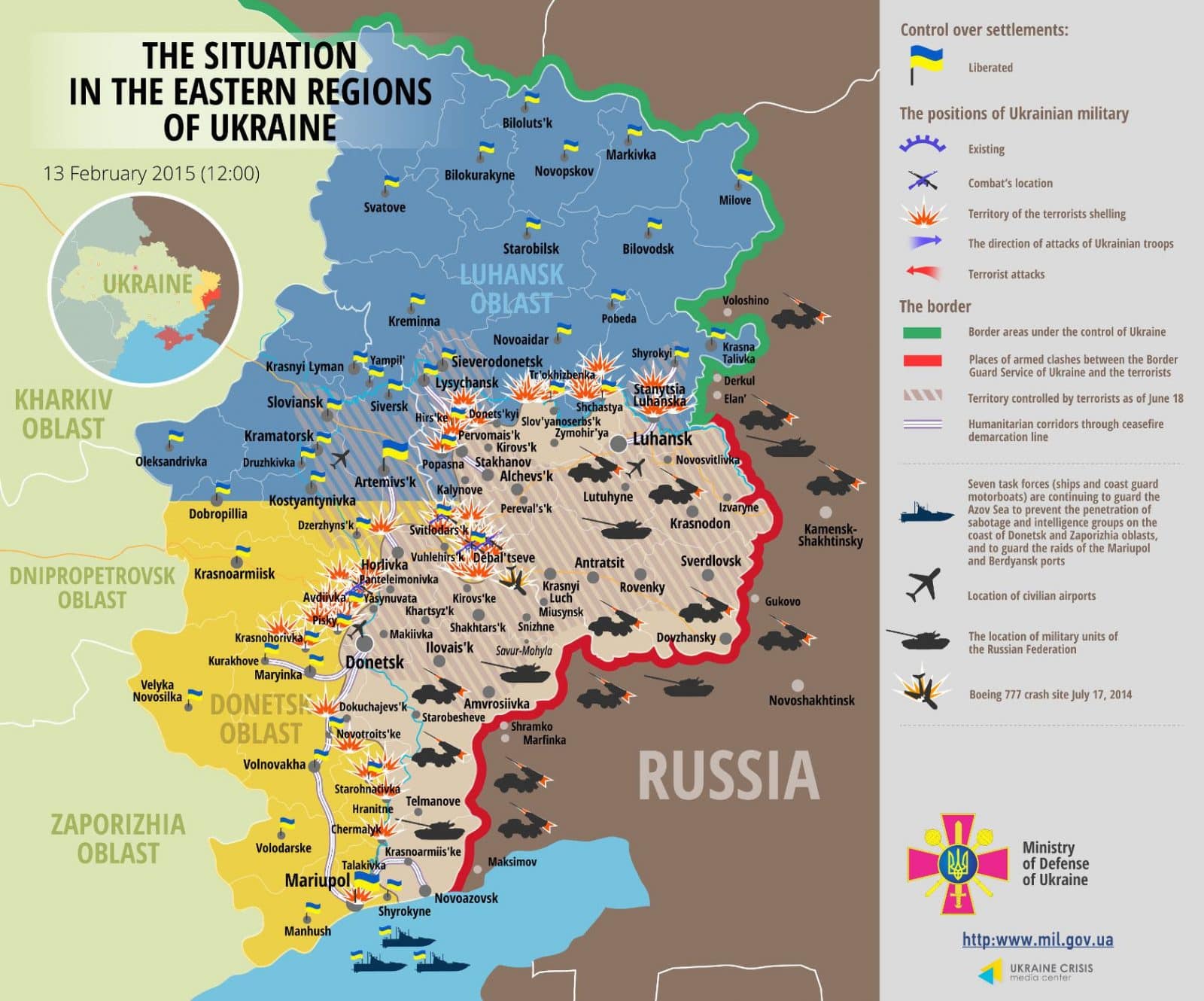 Militants attempted to force the Ukrainian units from Avdiivka, Marjinka and the Pisky village. They also tried to seize Shyrokyne and Chermalyk in the Mariupol front. 11 Ukrainian servicemen were killed in and 40 got wounded in the last 24 hours.

Russian and militant forces continue to conduct aerial reconnaissance with UAVs. Ukrainian soldiers spotted a record-high number of 22 UAV flights over the last day. Border guards of “Stanytsia Luhanska”, “Krasna Talivka” and “Milove” detachments noted 10 UAVs that violated Ukraine’s airspace and illegally crossed the state border. Ukrainian servicemen noted 6 more UAVs near Kramatorsk, Artemivsk and Milove. Ukrainian Armed Forces downed an enemy’s “Orlan-10” drone from the anti-aircraft systems at around 12 am yesterday. The UAV was on the air reconnaissance mission, and directed fire from the artillery and multiple rocket launchers on the Ukrainian military and civilians targets in Kramatorsk and the city’s outskirts. It is the sixth UAV time that the Ukrainian forces take down an insurgent drone.