National Security and Defense Council: Ukrainian Armed Forces do not incur any losses in the last day

Kyiv, April 22, 2015. Ukrainian Armed Forces did not incur any losses over the last day. However, pro-Russian militants continued to disregard ceasefire and the monitoring activities of the OSCE observers, attacking from weapons banned by the Minsk accords. Militants have shelled Ukrainian military positions eight shelling from 120-mm mortars yesterday. 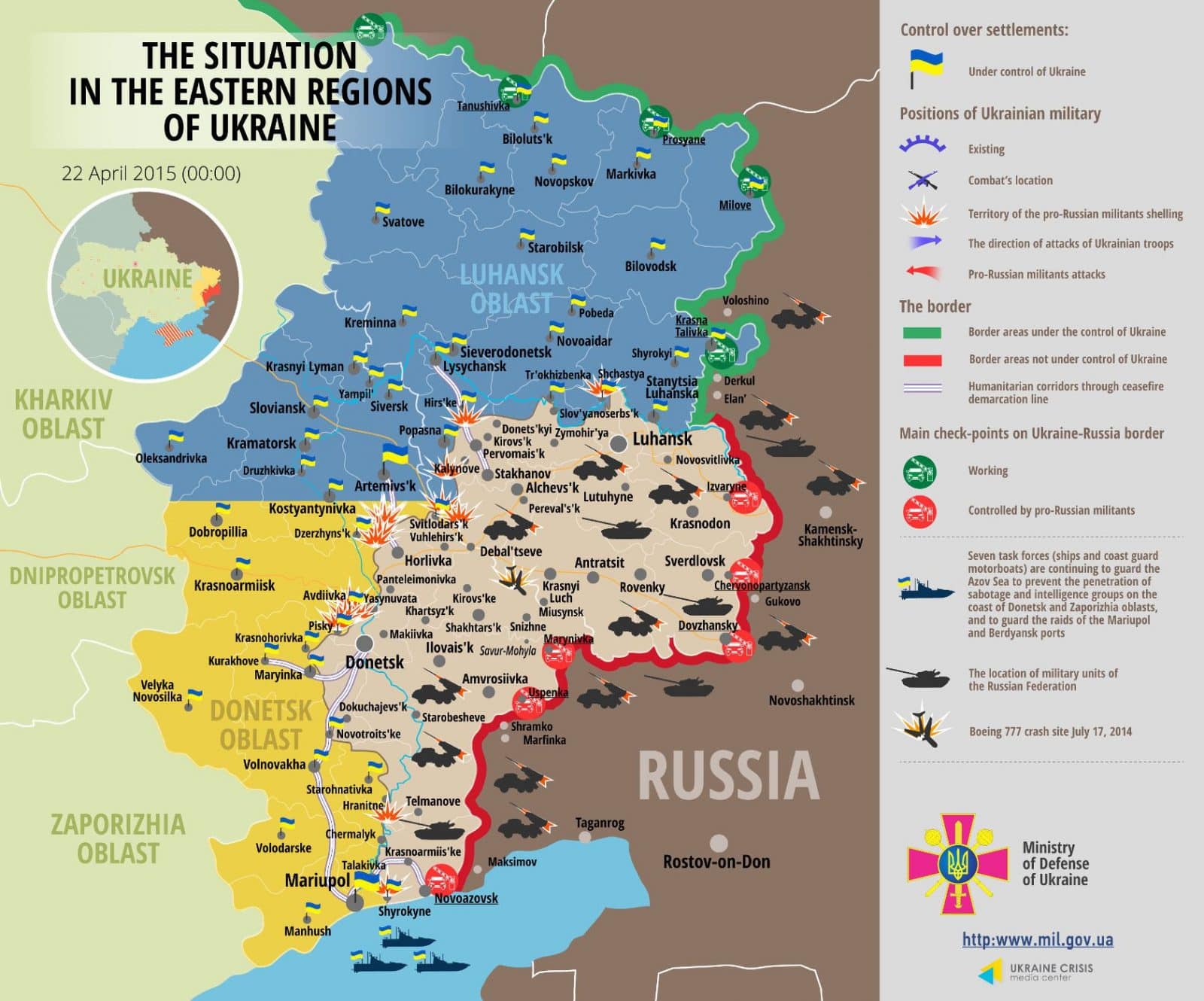 Fierce fighting has continued in Shyrokyne; militants used small arms and a tank against the Ukrainian troops. Other hotspots of the conflict included areas around the Donetsk airport and the outskirts of Horlivka. Militant snipers were noted in Leninske, while Ukrainian positions close Pershche Travnya came under fire from the 122-mm artillery.

Ukraine’s Security Service prevented a major subversive operation in the Luhansk region. The operatives discovered explosives under a road bridge in Lysychansk. Having de-mined the bridge, the military engineers seized 124 TNT and 120 ammonite blocks, as well as 160 kg of plastic explosive and five electric detonators.