Kyiv, January 7, 2015. Ukrainian forces arrested a terrorist with a code name “Filya” from the “Svat” criminal group. He has undergone a special training in Sevastopol military camp and planned to organize and conduct a number of terrorist acts in Ukrainian cities. 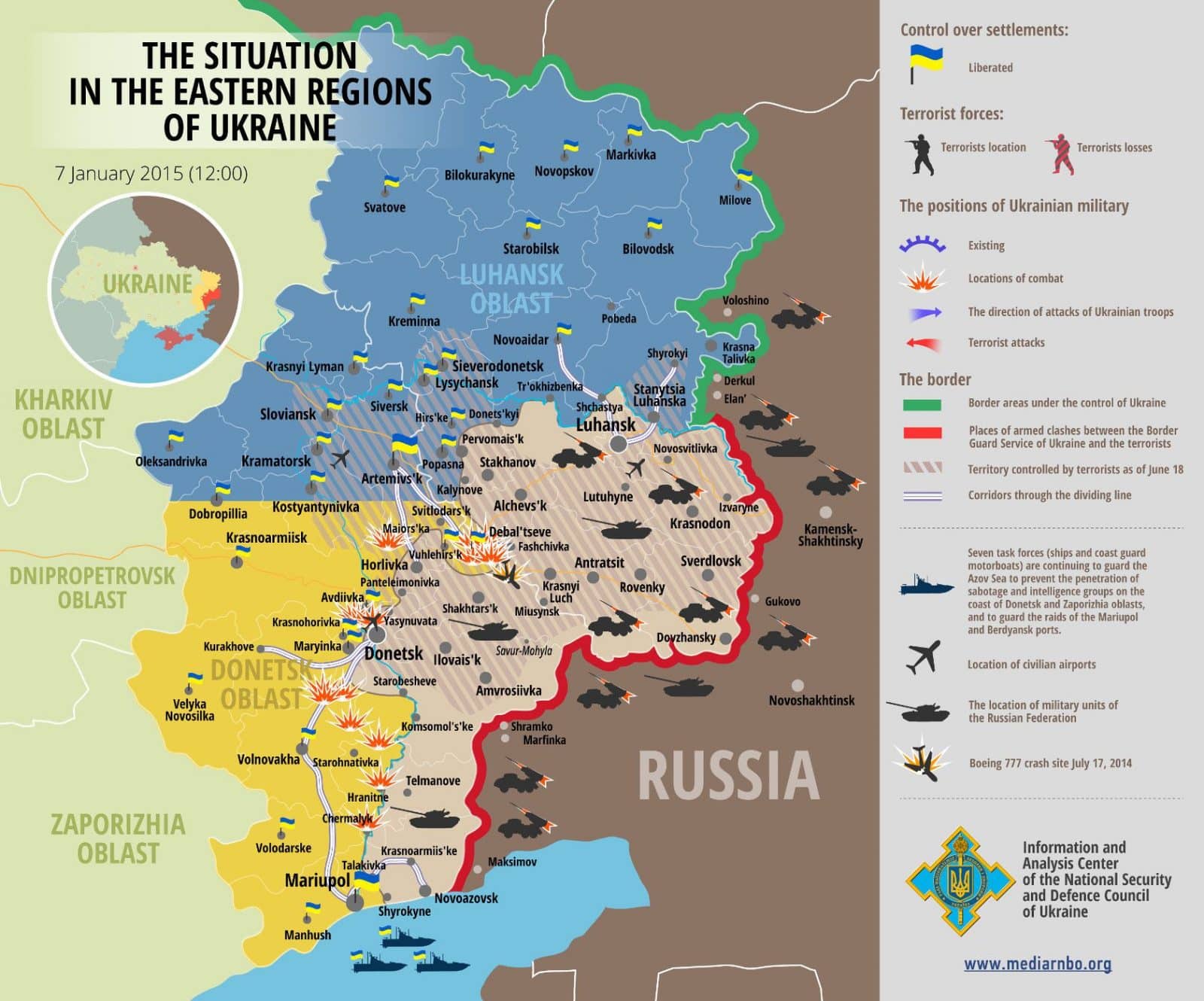 The ATO spokesperson stated that the terrorists continued to violate ceasefire, attacking positions of the Ukrainian Army. They used “Grad” missile system to fire on the Ukrainian military units based in Pisky. Three Ukrainian soldiers were killed and one got wounded in the last 24 hours.

Terrorist leaders were trying to increase the number of their forces and recruit more rank-and-file members. Ukrainian intelligence reports that the conflicts between the Russian Cossacks’ regiments based in Luhansk oblast and those of the so-called “Luhansk People’s Republic” supported by the Russian military have intensified. The LPR thugs are trying to take over cities, which are currently under control of the Russian Cossacks.

The ATO spokesperson explained that the integration of Telmanove and Novoazov districts (Donetsk oblast) into the Volnovakha district was necessary, so that the Government of Ukraine can pay social benefits to the people living there. Most of territories of these districts, including their administrative centers, are under temporary control of the terrorists. Thus, 1,000 Ukrainian citizens received welfare aid for the total amount of UAH 3.6 million. Similarly, Uhlehirsk was integrated into the Artemivsk district, and 1,200 residents of the city received state aid in the amount of UAH 5 million. Moreover, 2.5 tons of food has passed through the “Artemivsk” checkpoint as part of the Ukrainian humanitarian aid to those living on the occupied territories.

Col. Lysenko reminded about the ongoing process of rotation of Ukrainian troops engaged in the ATO. Soldiers of an artillery regiment from Zaporizhia returned to their hometown after serving in the area of Donetsk airport for two months. Also, soldiers of the National Guard of Ukraine who safeguarded residents of Mariupol came back to their military base. Operatives of the “Sokil” special police unit based in Vinnytsia returned from the ATO zone as well. The Ukrainian operatives fulfilled all their tasks and returned back with no casualties.