Kyiv, 5 February 2015 – Over the last day active military standoff continued between Russian-backed militants and ATO forces units on the territory of Donetsk and Luhansk regions. Intensive movement of trucks and freight trains carrying military gear, ammunition and weapons for militants across the Ukraine-Russia border from the territory of the Russian Federation is noted daily. Illegal armed groups intend to continue the offensive at the Volnovakha, Donetsk and Debaltseve directions. Ukrainian Armed Forces are firmly holding their positions. 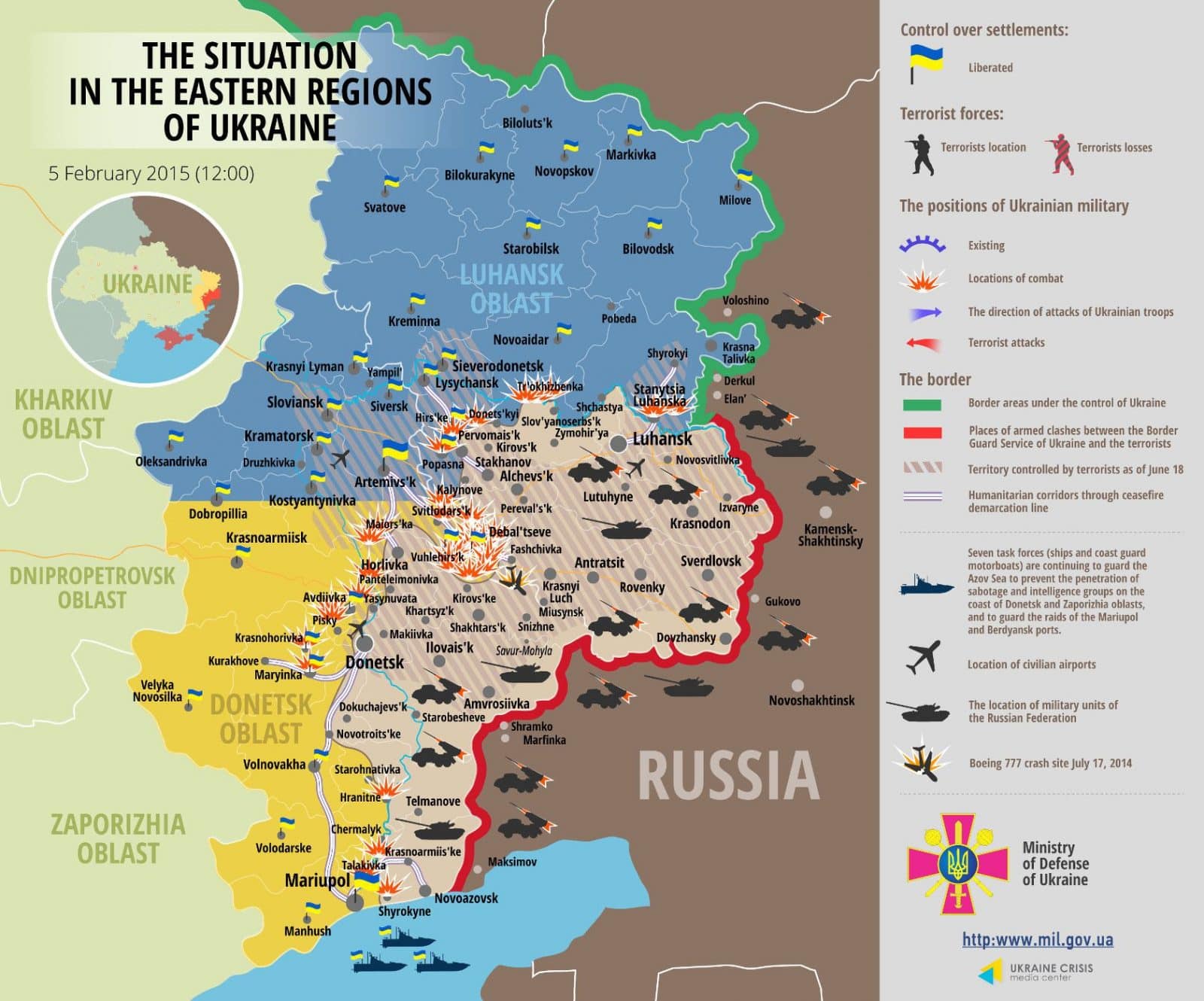 As per the information by “Pivnich” (North) operations command militants keep conducting artillery strikes at residential blocks and infrastructural facilities of Luhansk region. Luhansk heat power plant and Shchastia town were shelled with BM-21 Grad multiple rocket launcher systems. Ukrainian artillery completed preventive firing tasks. In the area of Shyrokyne of Volnovakha district militants tried to storm positions of Ukrainian troopers. All militants’ attacks were repelled. Today terrorists have shelled with Grad systems the dislocation place of the border guard unit and the control post in the area of Sartana from Sakhanka town. 3 cars were damaged as a result of the shelling incident, there are no casualties.