Kyiv, 11 December 2014 – Silence regime introduced in Donbas resulted in the tension decrease however the situation remains complicated as the terrorists violate the agreements and keep firing at positions of our troops and at populated places. Yesterday anti-terrorist operation (ATO) forces positions were fired upon 22 times. We see the number and intensity of shelling decreasing, the shelling is predominantly of provocative nature. Not a single shelling using “Grad” multiple rocket launcher systems was spotted. At the same time in some areas the enemy used tanks and cannon artillery. According to the NSDC spokesman Ukrainian servicemen comply with the “silence regime” and do not respond to terrorists’ provocations. ATO forces block militants’ attempts to get into the territory controlled by Ukrainian authorities. Yesterday while patrolling the area our military discovered a subversive-reconnaissance group. The enemy attacked our servicemen, they engaged in combat and eliminated the subversives. Our troops suffered losses. Within the last 24 hours 3 Ukrainian servicemen were killed, 8 got wounded. 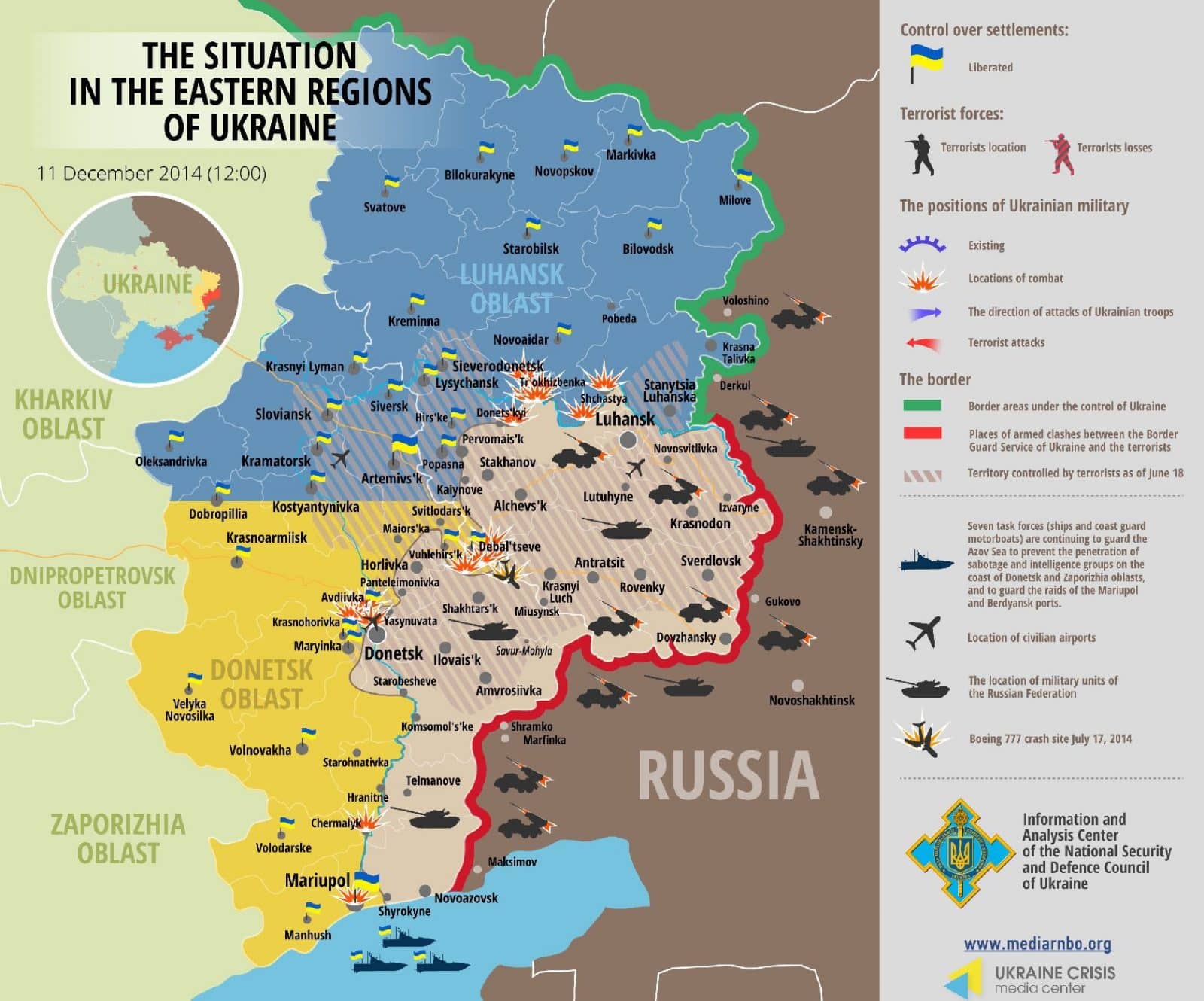 Most complicated remains the situation in the Bakhmutka road area. Yesterday residential blocks and positions of ATO forces in the area of Krymske and Kryakivka villages of Novoaydar district in Luhansk region came under fire from various types of weapons. Militants fired at populated places and at Ukrainian checkpoints using anti-tank guided missile systems, mortars and tanks. Shchastya town was fired upon with an automatic grenade launcher, Chornukhyne village of Popasna district came under fire launched from small arms. Militants fired at Ukrainian military positions with tanks and grenade launchers near Sokilnyky town and in the area of Frunze and Kapitanove localities.

At the Donetsk direction terrorists fired four times at the positions of Ukrainian military at the territory of the airport with anti-aircraft mounts, grenade launchers and small arms. Militants were firing at the stronghold near Avdiivka with grenade launchers and small arms. The shelling also continues at the Debaltseve direction. Militants shelled strongholds of ATO forces near Kamjanka and Ridkodub villages with artillery. At the same direction in the area of Maloorlivka and Chornukhyne terrorists fired at the positions of Ukrainian forces with small arms.