Kyiv, March 9, 2015. Pro-Russian militants continue to regroup and accumulate weapons, munitions and the military equipment along the contact line. Meanwhile, Russia actively supplies its mercenaries with weapons and more ammunition by rail. Russia-backed insurgents fired at the Ukrainian military positions 40 times in over the last day. They have shelled Opytne and Avdiivka three times. The enemy also attacked the National Guard of Ukraine blockpost nearby Shyrokyne four times using mortars and small arms. Four Ukrainian servicemen got wounded in the last 24 hours. Ukrainian Armed Forced did not suffer any lethal casualties. 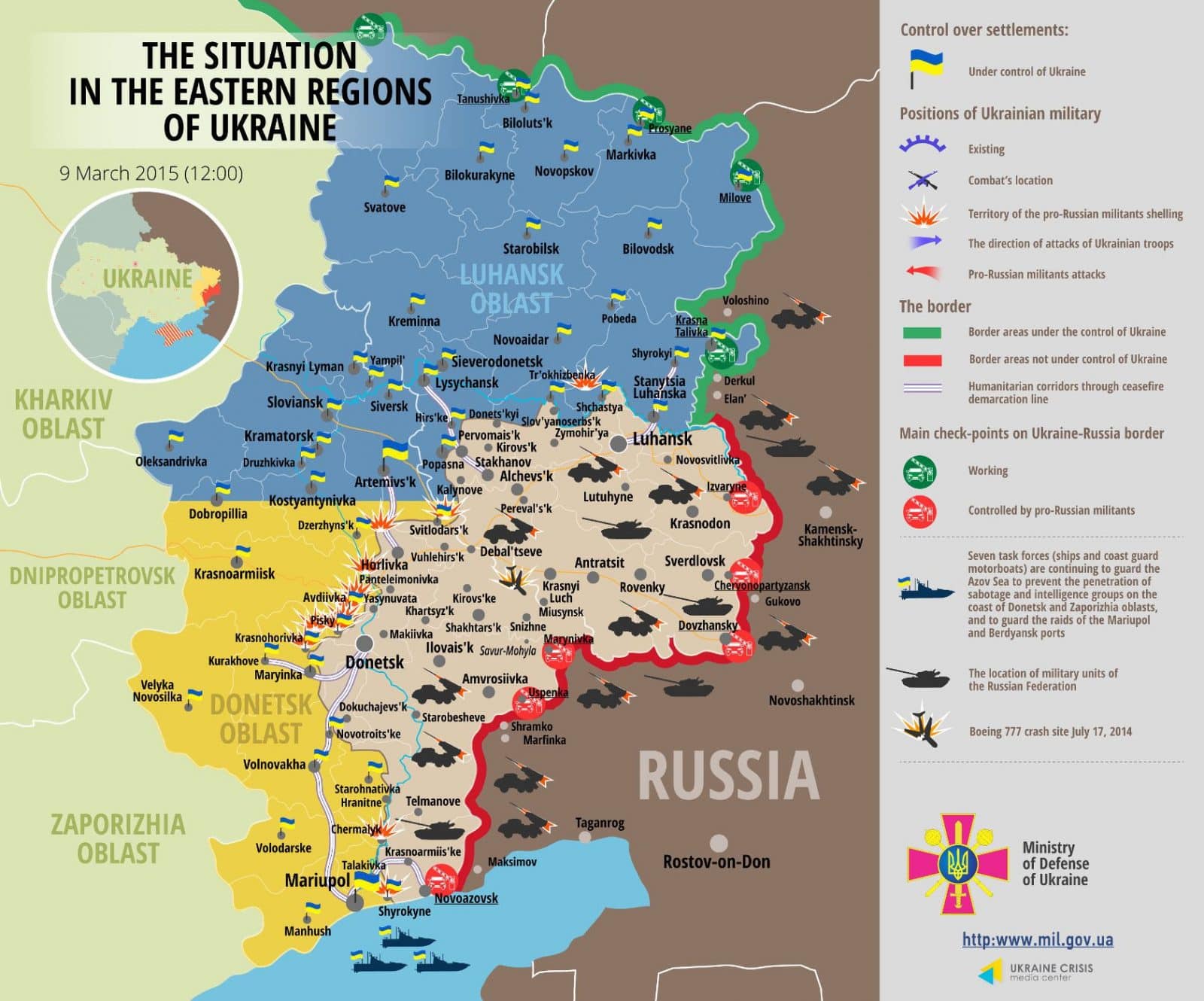 Vadym Prystaiko, Deputy Minister of Foreign Affairs of Ukraine, commented on the results of the recent negotiations between representatives of the “Normandy Four” Ministries of Foreign Affairs. He said that Russia does not provide full access for OSCE observers to the militant-controlled territories in order to monitor the withdrawal of heavy weapons, which is stipulated by Minsk agreements. Supreme Allied Commander Europe, General Philip Breedlove said that it is still unclear whether the militants withdrew their heavy arms, as they did not guarantee access to the OSCE observers. Thus, it is possible that insurgents simply conduct military maneuvers, getting ready for new clashes.

Philip Hammond, The Secretary of the State for Foreign and Commonwealth Affairs of Great Britain, said that the EU member-states are adamant to continue strengthening sanctions against Moscow if it does not comply with Minsk agreements. London shall continue looking into the issue of arming Ukraine should the peaceful agreements be sabotaged by the pro-Russian militants.