Kyiv, March 15, 2015. Russia’s 20th so-called “humanitarian convoy” has invaded Ukraine. According to the Russian authorities, more than 80 cars illegally crossed the Russia-Ukraine border via “Donetsk” (Russia) and “Matveyev Kurgan” checkpoints. Part of the convoy heads to Luhansk, while the rest goes to Donetsk. Thus Russia has violated the fundamental norms of the national and international law yet again. Neither the Ukrainian interagency group nor the representatives of the International Committee of the Red Cross inspected the cargo. 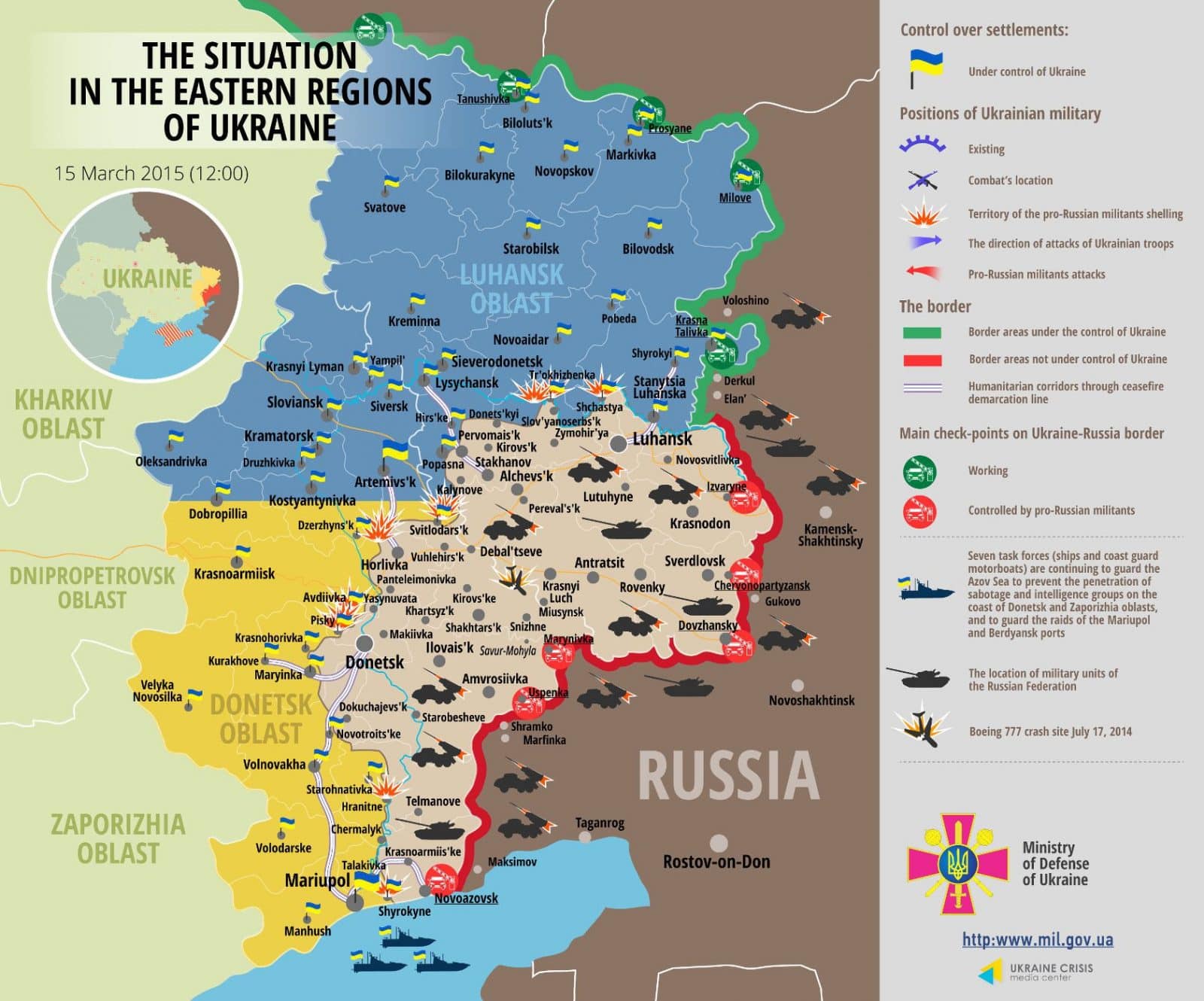 Pro-Russian militants instigated 34 armed provocations against the Ukrainian Armed Forces over the last day. The militants used small arms and grenade launchers near Shyrokyne and in the area of the Donetsk airport. An enemy sniper has targeted our troops in the area of Lenynske,. Russian proxies also fired at Opytne twice after midnight, as well as mortared Ukrainian positions near Shyrokyne.

The militants continue to consolidate their forces and heavy weapons at Artemivsk, Mariupol and Luhansk directions. Moreover, militant saboteurs and intelligence forces became more active in the Donetsk and Luhansk sectors.

One Ukrainian serviceman got wounded, while the Ukrainian Armed Forces did not suffer any lethal casualties in the last 24 hours.

The Ukrainian border guards in Mariupol uncovered a large arms arsenal in one of the local recreation centers. The contents of the arsenal included RPG-18 and RPG-26 grenade launchers, hand grenades, explosive materials and ammunition.

Meanwhile, Ukraine’s Security Service detained an enemy sniper. He targeted Ukrainian soldiers near the Donetsk airport, as well as corrected fire of machine-gunners, during his time as a “Donetsk People’s Republic” militant.