Kyiv, May 25, 2015. Pro-Russian militants shelled positions of the Ukrainian military in Shyrokyne from 122-mm artillery and 120-mm mortars. In the Donetsk sector, ceasefire violations with the use of heavy artillery and tanks have largely occurred in the airport area. 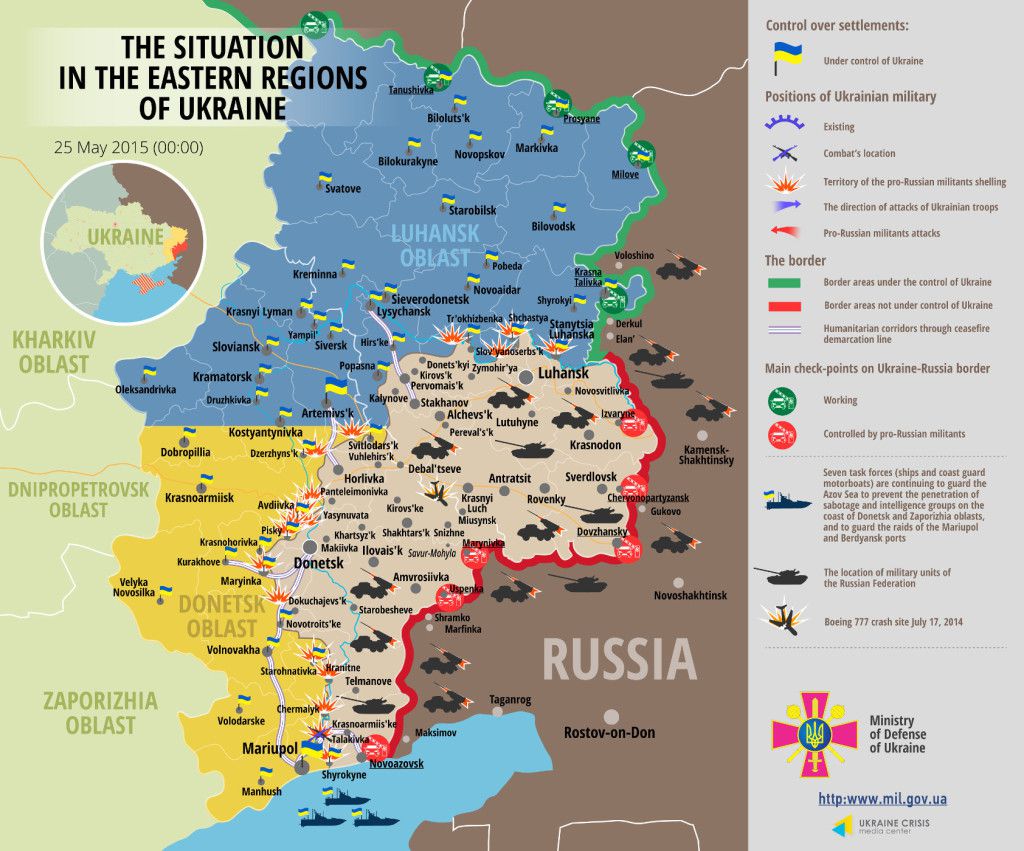 Russian proxies have instigated provocations near Maryinka and Hranitne as well as Kamyanka and Verkhnyotoretske. Ceasefire was generally observed near Horlivka and Svitlodarsk yesterday. In the Luhansk sector, intensive fighting took place near Shchastya and Stanytsia Luhanska. Residential houses and infrastructure in Stanytsia Luhanska have been devastated as a result of the enemy fire. The situation was generally calm in the area of the Bakhumutka road with only isolated provocations near Zhovte and Sokilnyky.

Ukrainian border guards spotted 16 flights of enemy UAVs. One more drone was flying along the state border over the territory of Russia near Milove village.

One Ukrainian serviceman was killed in action and five got wounded in the last 24 hours. Most of these casualties took place by Shyrokyne.

Ukrainian troops brought medicine and humanitarian aid to the Artemivsk hospital where Ukrainian servicemen and local residents are treated.

President Petro Poroshenko awarded 264 servicemen of the Ukrainian Armed Forces and servicemen of Interior Ministry with the Order of Bohdan Khmelnitsly third-class and the Order For Courage third-class. Most servicemen were awarded posthumously. They sacrificed their lives in the battles for the Donetsk airport and Debaltseve.