Kyiv, May 11, 2015. Russia-backed militants fired 16 times at the Ukrainian military positions from 120-mm mortars and once from the 122-mm artillery over the last day. It demonstrated yet again the lack of political will on the part of militants to fulfill Minsk agreements. Militants also keep amassing military equipment and ammunition near Donetsk and Stanytsia Luhanska. 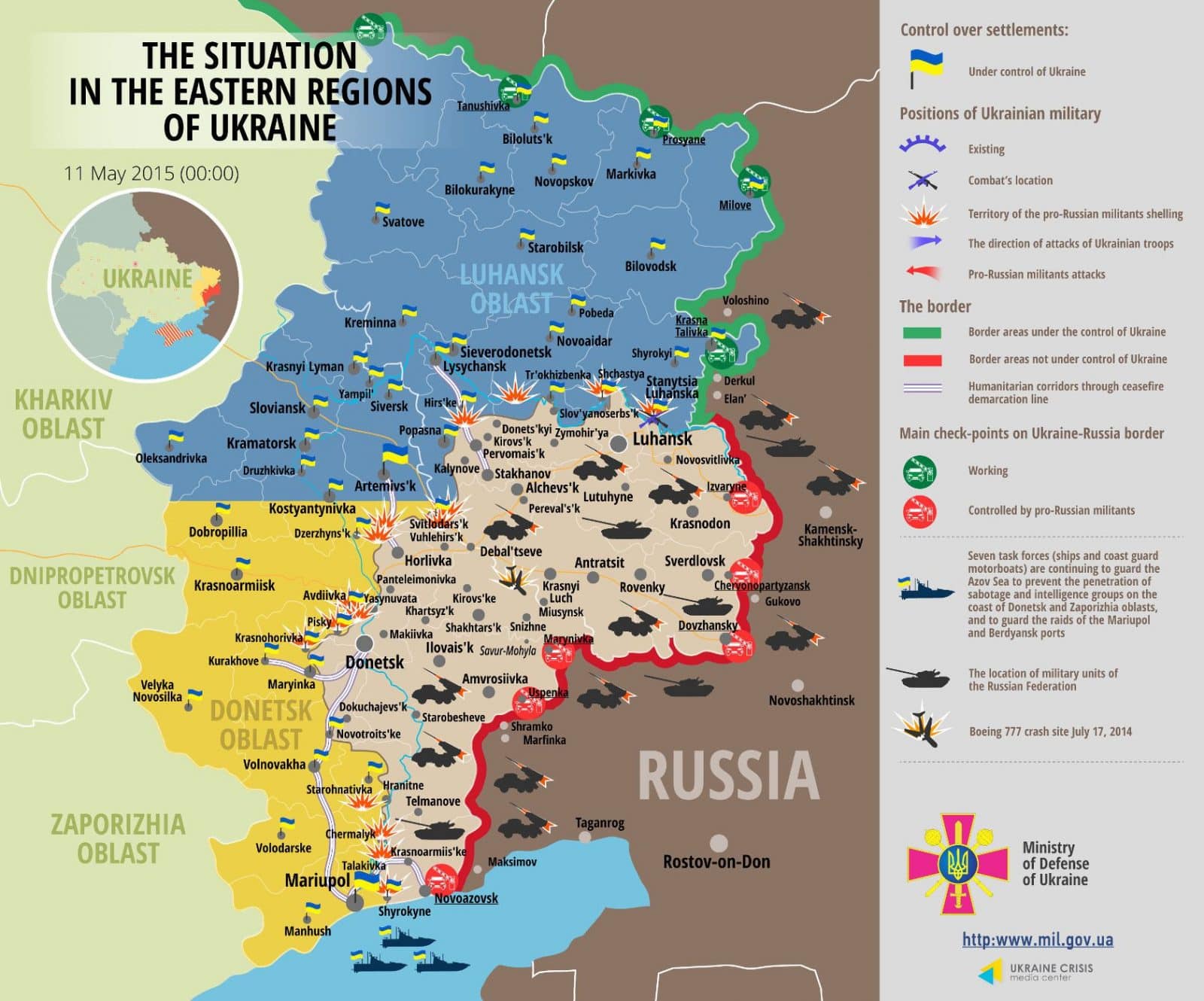 Pisky town remains the hotspot of the conflict in the Donetsk sector. In the Luhansk sector, pro-Russian militants violated ceasefire near the towns of Shchastya, Stanytsia Luhanska, Zolote and Krymske. Furthermore, Shyrokyne in the Mariupol sector became the epicenter of fighting alongside with Myrne, Chermalyk and Pishevyk.

Ukrainian Armed Forces did not incur any lethal casualties in the last day; five servicemen were wounded in action.

Civilians living on militant-held territories receive their social benefits with 3-4 month pay arrears. Workers there get their salary in a form of food rations. Pensions are paid in Russian rubles at the exchange rate of 1:1 ruble to hryvnia. Residents of militant-held territories experience frequent problems with food deliveries as well as cuts in water and power supply.

Ukraine’s Security Service detained two “DPR” militants in the Kharkiv region. One of them used to be a tank driver in the ranks of the so-called “Don Cossacks” militant group, while another was an insurgent field commander. The Operatives also detained a resident of Kharkiv who has funded “LPR” militants.