Kyiv, February 24, 2015 – A “Donetsk People’s Republic” commander at the militant-held checkpoint in Kyivsky district in Donetsk city threatened to kill OSCE observers on February 22. The OSCE Special Monitoring Mission in Ukraine report also stated that the SMM unmanned aerial vehicle used to monitor compliance with the Minsk Package in the envisions of the Donetsk airport was consistently jammed. Insurgents used the means of electronic warfare to impede the work of international observers. This showed, once again, how pro-Russian militants violated the international law and Minsk agreements. 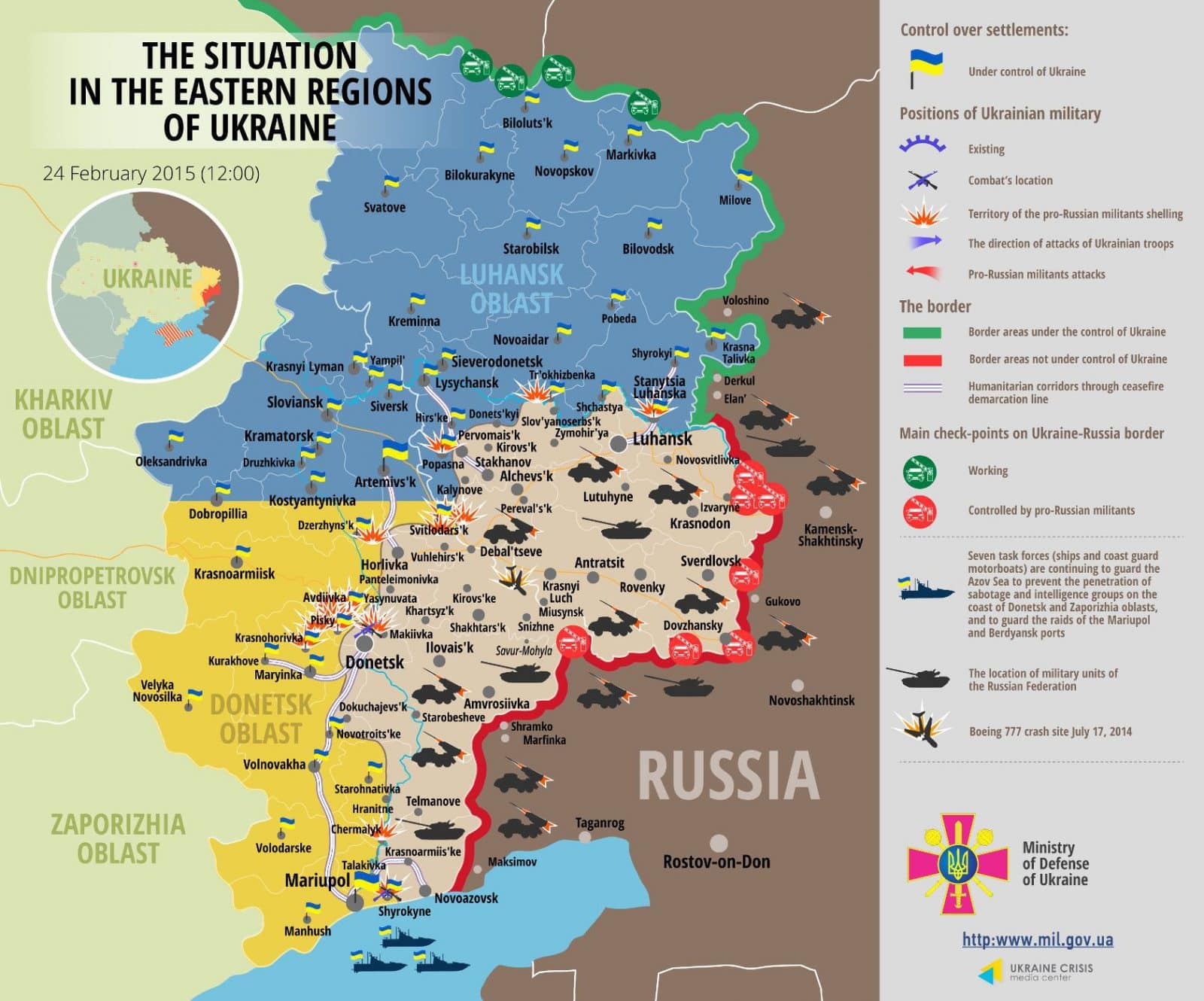 Russia continues to supply its proxies with weapons and military equipment. Furthermore, militant forces conduct covert transfer of their military equipment and manpower closer to the frontline, especially in the Mariupol sector. Similarly, militants amass their forces near Pisky, Stakhanov and Bryanka on the Donetsk and Luhansk directions respectively.

Ukrainian Armed Forces successfully repelled militant assault on Shyrokyne; the latter used mortars, assault rifles and a tank to no avail. Similar attempts were rebuffed near the Dutovska mine in the Donetsk direction.

One Ukrainian servicemen was killed and seven got wounded in the last 24 hours.

Ukrainian policemen uncovered a group of pro-Russian saboteurs. One insurgent was liquidated and the other escaped after an armed encounter with the Ukrainian law-enforcement officers. On the other hand, one policeman was killed and two more got wounded. Ukrainian operatives also detained two militants, in Donetsk and Luhansk regions respectively, who gathered information about the positions of the Ukrainian Armed Forces and transferred it to the militants and the Russian intelligence.

In the meantime, Ukrainian servicemen delivered food, warm clothes and medicine to the IDPs who left their homes on the frontline to the city of Kurakhove. The Ministry of Foreign Affairs of Estonia and UNCHR dispatched humanitarian aid to those who suffered from the military conflict in eastern Ukraine as well.