Kyiv, March 24, 2015. Members of the OSCE Special Monitoring Mission to Ukraine could not facilitate a temporary ceasefire in order allow humanitarian relief for civilians living in Shyrokyne. The “DPR” commander denied access to the monitors, which is a clear breach of the international law that stipulates that the OSCE mission must have free and unfettered access to all of the areas in the conflict zone. The monitors noticed a group of 15-20 battle tanks, participating in war exercises in the “LPR”-held Oleksandrivsk, which is 15 km away from the contact line. Hence such kind of a military equipment had to leave the territory according to the Minsk agreements. 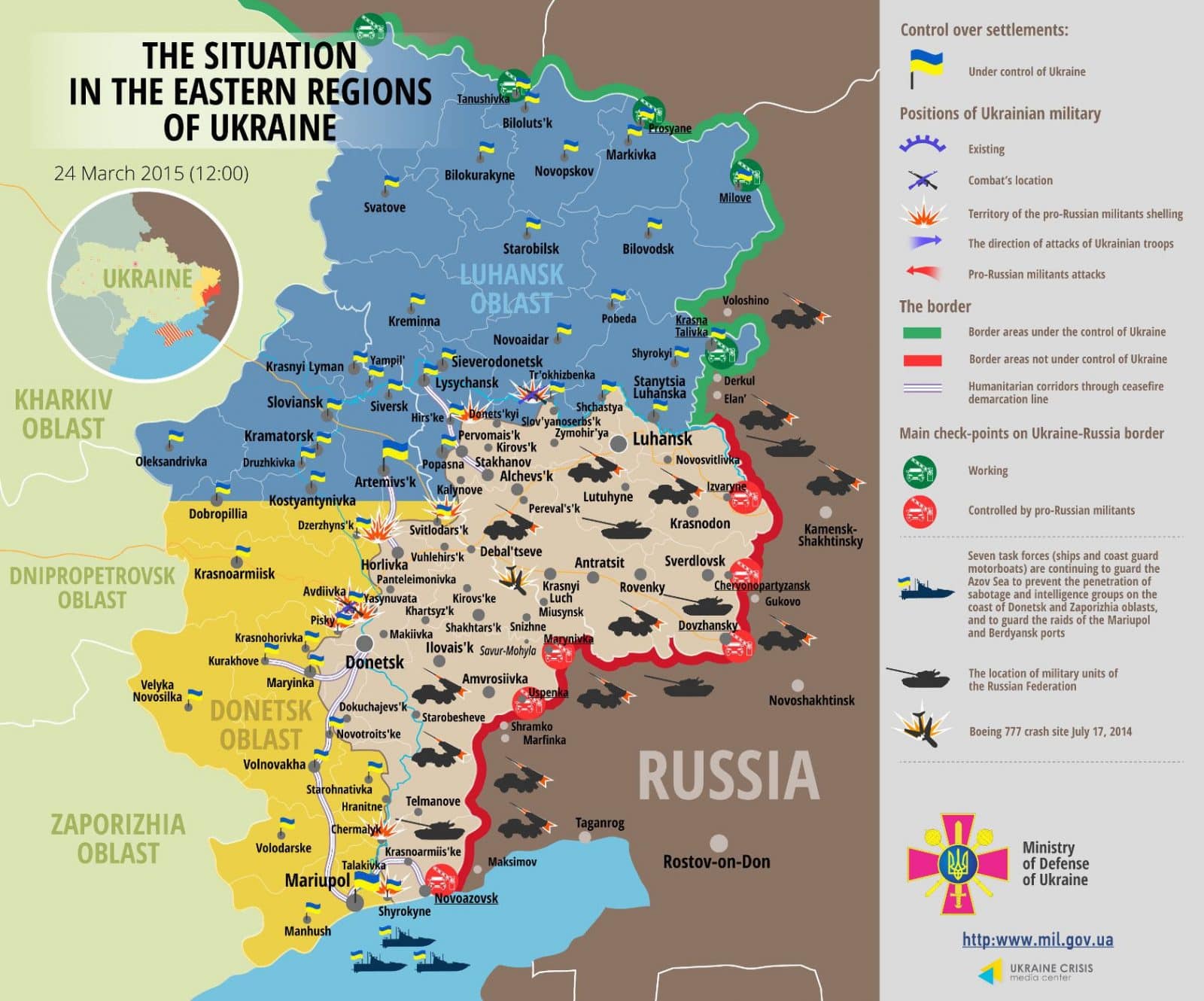 The intensity of militant attacks in eastern Ukraine has somewhat decreased. However, the militants fired three times from tanks and once from the artillery yesterday. Russian mercenaries instigated two more armed provocations after midnight. Those towns located near the Donetsk airport remain the hotspots of the conflict. Over 50% of ceasefire violations occur in this area. Ukrainian servicemen also spotted 10 enemy UAVs in the area of Mariupol, Sartana and Krasna Talakivka over the last day.

One Ukrainian serviceman was killed in action and eight got wounded in the last 24 hours.

Ukrainian intelligence noted the movement of military convoys that consisted from Russian T-72 and T-72B tanks, IFVs, artillery systems and trucks with ammunition in several localities of the Donetsk regions.

Meanwhile, Ukraine’s Security Service uncovered an inter-regional criminal group active in Donetsk, Luhansk and Dnipropetrovsk regions. Members of the group were implicated in the murder of the security service officer Viktor Mandzyk on 21 March, as well as in kidnapping, looting and smuggling. Ukrainian operatives detained 16 persons, including the officers of Ukraine’s Ministry of the Interior and the security service in Kramatorsk.