Kyiv, April 16, 2015. OSCE monitors have observed military exercises of “LPR” insurgents in the militant-held Uspenka village, Luhansk region, involving 10 tanks, 30 APCs and military trucks. The mission also reported that four 152-mm towed howitzers have disappeared from the concentration site where militants have previously stored their heavy weapons, as well as observed two T-72 tanks near Hirne village. Such military drills is a bright example that demonstrates militants’ hostile intentions and are readiness for further combat actions. 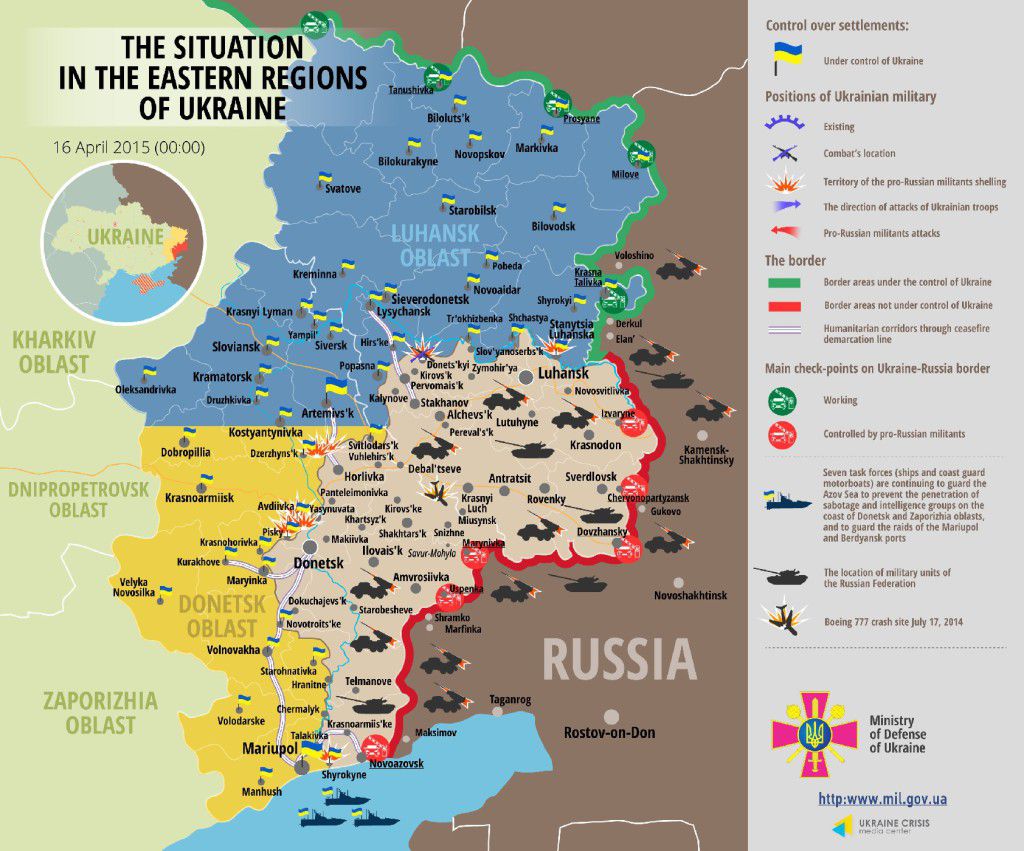 A certain stabilization of the situation in eastern Ukraine was over the last day. Russia-backed militants fired from 120-mm mortars nine times, twice from 122-mm grenades and two more times from tanks. Shyrokyne, areas around the Donetsk airport and Mayorsk and Kirove close to Horlivka, and Donetske town near Bakhmutska – in the Mariupol, Donetsk and Luhansk sectors respectively – were the hotspots of the conflict yesterday.

Ukrainian Armed Forces did not incur any lethal casualties in the last 24 hours; six servicemen got wounded.

Ukrainian intelligence reports that “LPR” instruct Luhansk schools directors to force their students to continue their studies on militant-held territories and not pass Ukrainian national tests in order to be admitted to the Ukrainian universities. Those certificates issued by militant-controlled universities are not recognized by any country in the world.

Ukrainian counterintelligence and the State Service for Financial Monitoring froze $550,000 and 1,240 million hryvnias on bank accounts of one of “LPR” members – a self-declared “Minister for construction, housing and utilities of LPR” – who was saving his money in one of Ukrainian banks.