Kyiv, February 25, 2015. International observers did not confirm the claim of “DPR” and “LPR” leaders that they have withdrawn some of their heavy military equipment. The Russian Federation Major-General Aleksandr Vyaznikov made a similar statement during the Joint Coordination and Control Committee in Soledar, Donetsk region. The monitors saw the latest map of the region with a definite line of contact agreed by all. International observers emphasized that until the signatories of the Minsk Package provide essential information, including inventories, withdrawal routes and concentration points, they shall continue monitoring the movements of weapons but cannot verify their withdrawal. Ukraine is ready to start the immediate withdrawal of heavy weapons after the reigning of a comprehensive ceasefire. 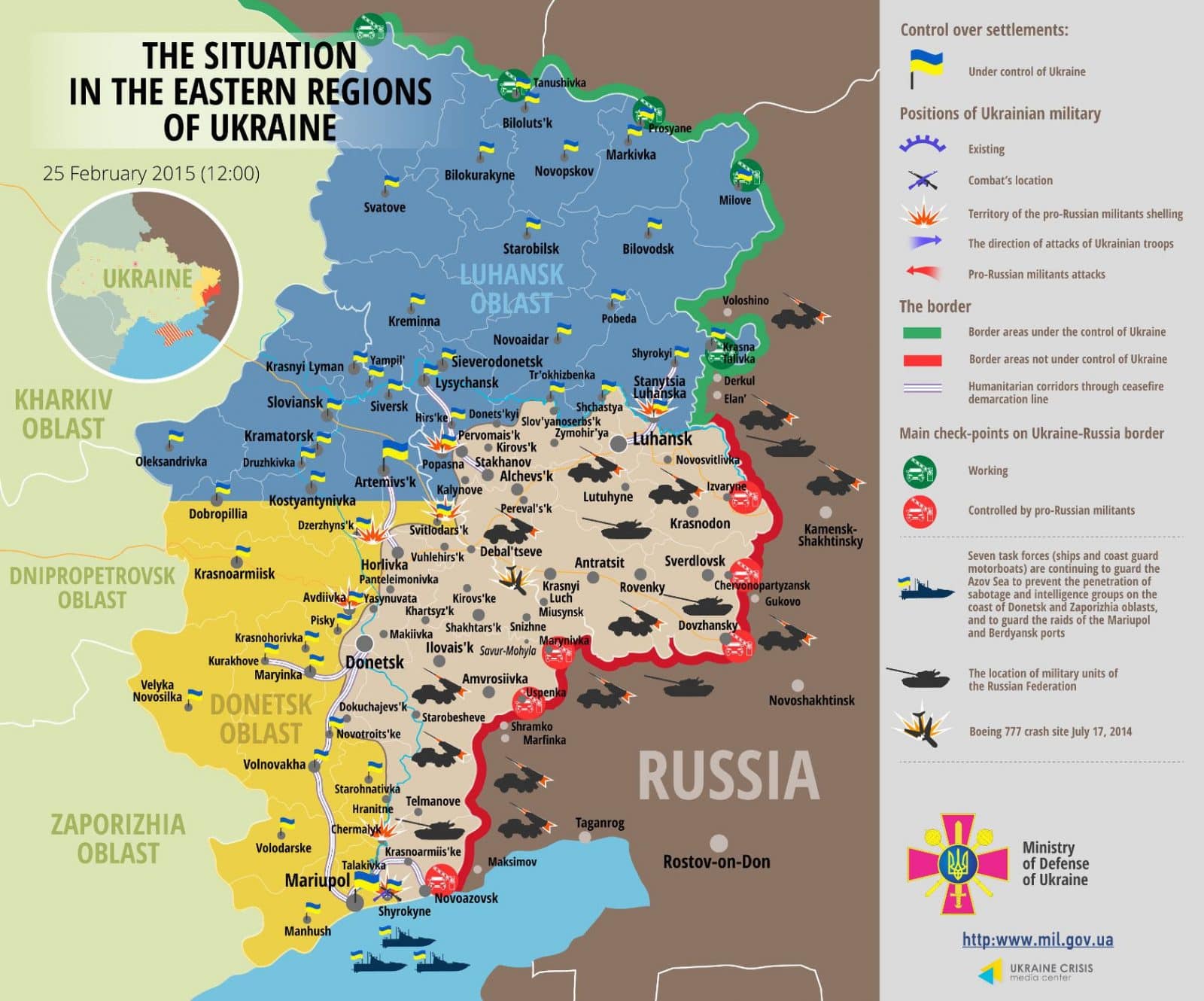 The stabilization of the situation in eastern Ukraine, as pro-Russian militants attacked positions of the Ukrainian Armed Forces 17 times. Insurgents attempted to storm the positions of the Ukrainian forces, firing from mortars, grenade launchers and the artillery near Shyrokyne. Another attempt of assault occurred at 10:40 am on February 25; Russian proxies used four T-72 tanks, one self-propelled gun and other artillery pieces to launch an attack from Sakhanka, Donetsk region. Ukrainian forces have repelled all attacks.

Ukrainian forces spotted 4 UAVs in the Mariupol and Luhansk directions over the last day. One of them has trespassed the Ukraine-Russian border.

One Ukrainian serviceman got wounded. Ukrainian Army did not suffer any lethal casualties in the last 24 hours.

Russian mercenaries launched a forceful mobilization campaign. More than 1,800 people have been abducted since the Anti-Terrorist Operation started.

Ukraine’s Security Service detained two pro-Russian insurgents in Kharkiv who gathered information about the movements of the Ukrainian Armed Forces for the so-called “Donetsk People’s Republic” and the Russian intelligence.