Kyiv, March 17, 2015. An 8-years-old girl died as a result of a traffic accident that involved Ukrainian soldiers in Kostyantinivka, Donetsk region. Her mother and another child are in intensive care now.

The officers of the Military Prosecutor’s Office, as well as the Ukrainian policemen, started the investigation of the accident. Lieutenant General Serhiy Besarab, Deputy Head of the General Staff of the Armed Forces of Ukraine, said that the military leadership will provide its support for the investigation, and all those guilty will be brought to justice. The Ukrainian Armed Forces Command expressed deep condolences to those affected by the tragedy.

Link to the video address of Lt. Gen. Serhiy Besarab regarding the tragedy.
https://www.youtube.com/watch?v=dc-d8HnWS2I

Oleksandr Kikhtenko, governor of the Donetsk region, announced that the wounded will get financial assistance from the Ministry of Defence.

The pro-Russian militants instigated armed provocations against Ukrainian servicemen, using mortars, grenade launchers and small arms. Insurgents fired from the artillery and used tanks four times. Shyrokyne, which is near Mariupol, areas close to the Donetsk airport and Sokilnyky remain the hotspots of the conflict. There were no ceasefire violations from the midnight until 8 am. The Ukrainian forces spotted 20 enemy UAVs; 17 of them in the vicinity of Mariupol and three near Stanytsia Luhanska.

Three Ukrainian servicemen were killed and five got wounded in the last 24 hours. 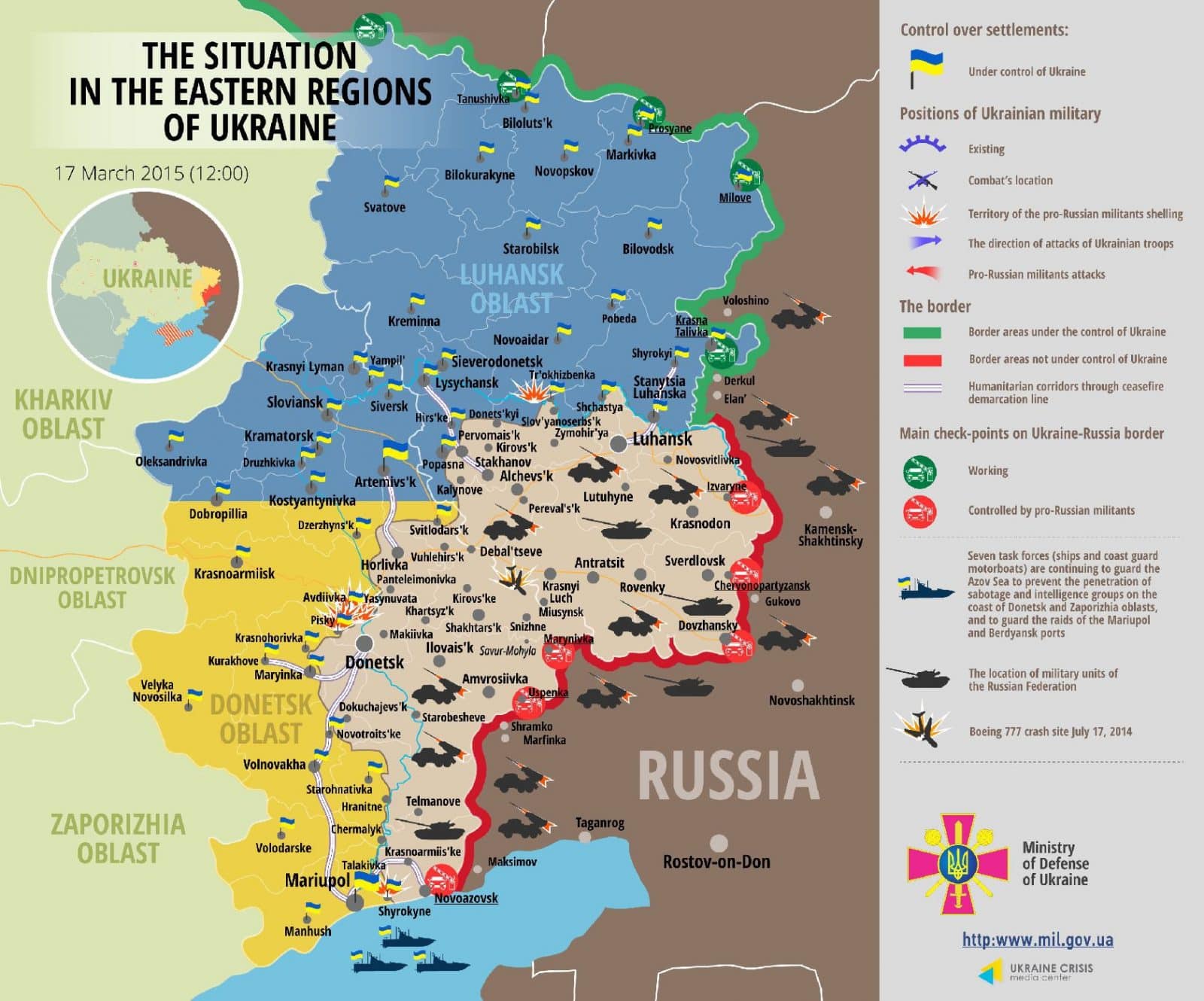 Ukraine’s Security Service eliminated a commercial structure with a monthly turnover of 600 million hryvnias, which was financing pro-Russian insurgents in eastern Ukraine. The operatives revealed stamps of the two Donetsk district courts, documents and blank papers with a “DPR bank” stamp. More than one million dollars were frozen on the bank account of the criminals. Security services also blocked the sale of Mi-8MT helicopter to the Russian businessmen who were going to transfer it to the Russia-backed militants.

Furthermore, the counter-intelligence detained one “LPR” insurgent, as well as two female informers of the militants. Ukrainian forces also uncovered two clandestine arms storages in Volnovakha and Rybinske village. These contained an “RPO-A” rocket launcher that only Russian troops are equipped with, greades, AK-74 rifles and ammunition.