Kyiv, March 28, 2015. Pro-Russian militants used Grad multiple rocket launcher to fire at the Ukrainian military blockpost №29 in the evening yesterday; 20 more missiles hit Novotoshkivske village, Luhansk region. Neither Ukrainian Armed Forces nor the local civilians were killed or wounded as a result of this strike. 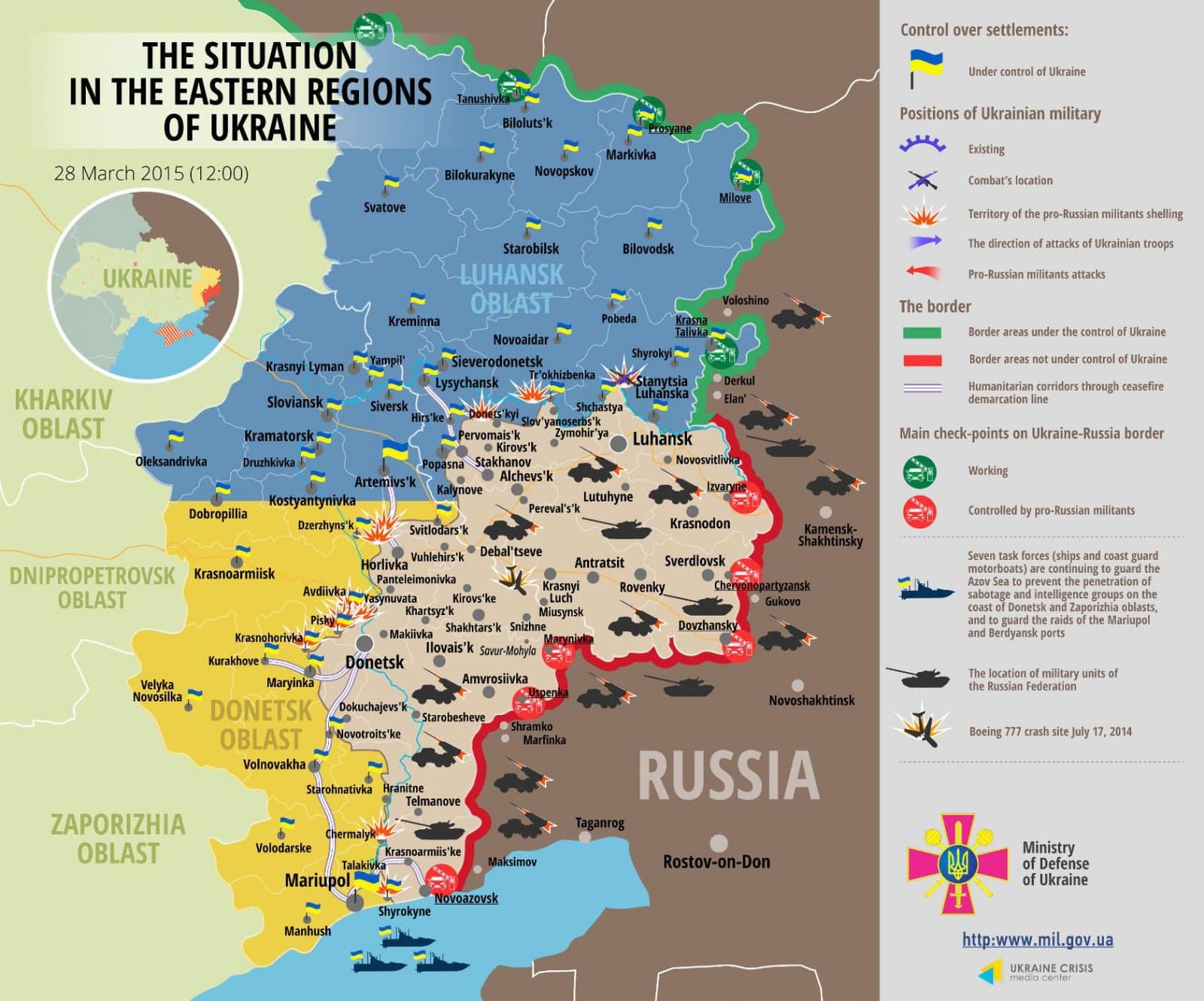 Following the shelling, two militant subversive groups attacked the Ukrainian positions. Ukrainian troops fought of the enemy, forcing them to retreat. There is the rising intensity of fighting during the nighttime. Furthermore, Russian proxies used small arms, grenade launchers, mortars, anti-aircraft guns and tanks in the areas near Avdiivka. Ukrainian servicemen recorded one instance of artillery fire on the militants’ part. More than 50% of armed provocations over the last day took place around Donetsk. The militant forces have violated ceasefire three times after midnight. Tensions remain along the entire contact line, stretching from the Azov Sea to the Ukrainian-Russian border by Stanytsia Luhanska.

According to the Ukrainian intelligence, there is a growing confrontation between the so-called “Ministry of State Defence of DPR” and other pro-Russian groups on militant-held territories.

Ukrainian Armed Forces did not suffer any lethal casualties in the last 24 hours; three servicemen got wounded.

Ukraine’s security services detained a citizen who was allegedly plotting a terrorist act in Dnipropetrovsk during the pro-Ukrainian rally that took place today. The suspect lived in Pavlohrad, Dnipropetrovsk region and was recruited by “DPR” last June. The militants gave him the money to buy an explosive.

A police officer searched the suspect’s apartment and discovered a hand-held grenade launcher RPG-22, two RGD-5 grenades, around 100 bullets and video surveillance equipment in his apartment. The security service revealed that the suspect provided the militants with intelligence about the numbers of Ukrainian troops in the region. He was also trying to recruit more accomplices to through social networks.